Trade Post and Ascension are two locations in Bloom (the gigantic living being visited later in the game), which you cannot reach via the traditional way, e.g. by choosing a main passage on the map. Instead, you'll have to resort to some unusual steps. What makes it important, is the fact that the locations need to be visited as part of the main storyline of Torment: Tides of Numenera. 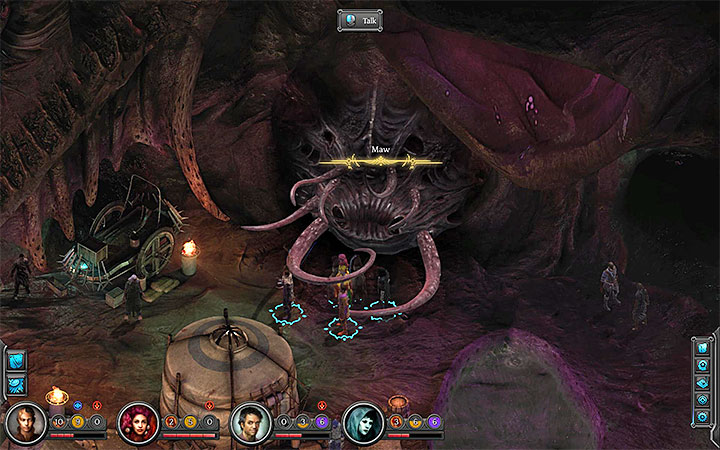 The Maw is located on the northern wall of Chiurgeon Slump

Start by reaching one of the locations in Bloom, namely the Chiurgeon Slump - the entrance to this area is located in the Vast Interior "district". When in Chiurgeon Slump, focus your attention on the northern Maw. Your task will be to activate it, but it cannot be done by simple interaction. 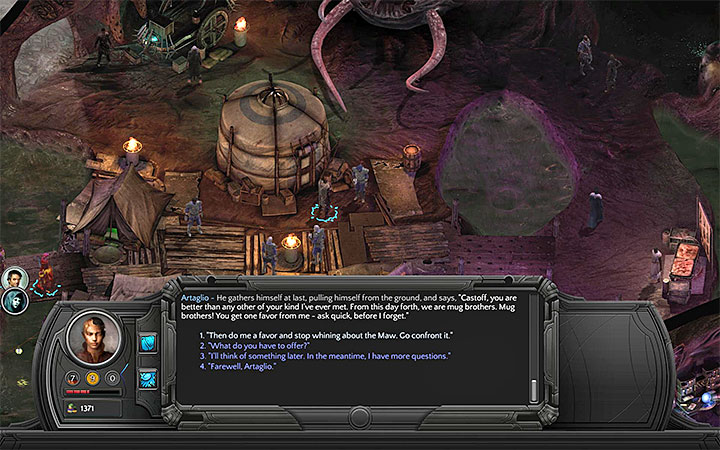 You can convince Artaglio to go face the Maw

The portal in the Maw can be unlocked in two ways. Your first option is to have the Maw devour another character, namely Artaglio, who can be found nearby. Talk to him about the Maw. You can use Persuasion and Deception to convince him to challenge the Maw, or you can challenge him to a drinking contest - Endurance check with each round. If you win, you can ask Artaglio a favor of having him face the Maw. Whatever your means, once you convince him, the man will accept your plan and find his final rest inside the Maw, activating the portal. 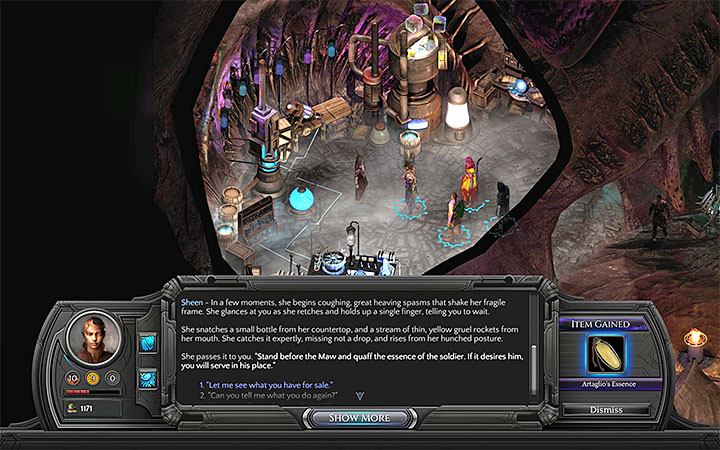 Have Sheen prepare the essence for you

Your other option requires you to have your main character eaten by the Maw. Not without some preparation though. Talk to Artaglio, like in the other option, but do not mention the drinking contest, just talk to him about the Maw. Then, you'll have to meet Sheen on the eastern edge of the map and ask her for advice. Return to Artaglio and ask him for a lock of Artaglio's Hair. Return the quest item to Sheen, who'll give you Artaglio's Essence.

Only then you can approach the Maw and interact wth it. Choose the first option - drink Artaglio's Essence. Then, choose the option to offer yourself as a sacrifice to the Maw (do not try to free yourself once the tentacles grab you!). The Maw will devour the main character, killing him, only for him to be moved to the Labyrinth. All you have left to do now is to return to the world od the living a use the newly-opened portal. 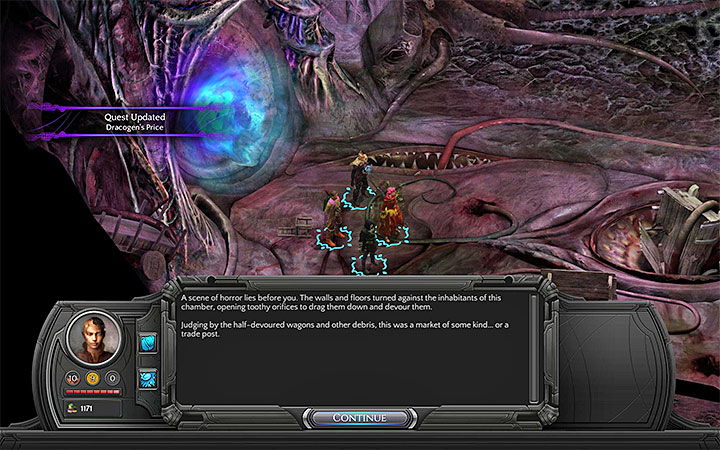 Both methods will allow you to use the portal leading to Trade Post. In the northern part of the new location, you'll find a traditional passage leading to Ascension.