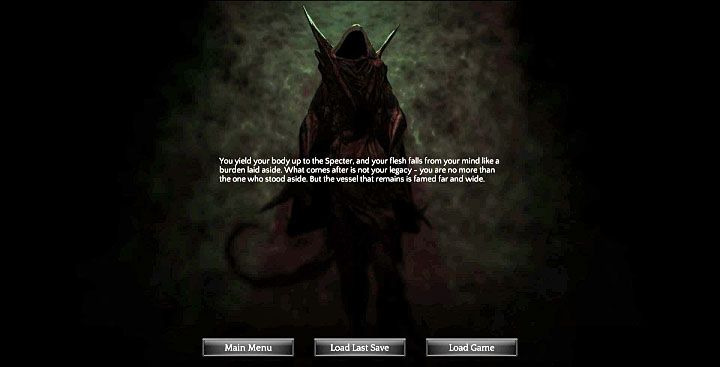 In Torment: Tides of Numenera, death doesn't necessary mean game over. In fact, most of the character's deaths are temporary, sending you to a labyrinth inside their mind, from where you can return after a short visit. There are, however, some exceptions. In some rare cases, a death may cause an irreversible separation of the mind and the body of your character. This will end your adventure without giving you a chance to "respawn" in the labyrinth, and after a short credit roll you'll have to reload a saved game.

The following are the situtions where you need to be careful to avoid perma-death: