Miel Avest Sanctuary is visited during the game's main storyline. While at first the location will be populated exclusively by friendly NPCs, it will eventually come under attack by Sorrow, which is something you can neither prevent nor avoid. Escape from the sanctuary can be tricky, especially if up to now your party fought with tongue rather than sword. Below, you'll find a description of the section, together with hints on how to escape Sorrow's attack on Miel Avest. The full description of this encounter can be found on the page dedicated to walkthrough of the main quest The Sanctuary of Miel Avest. 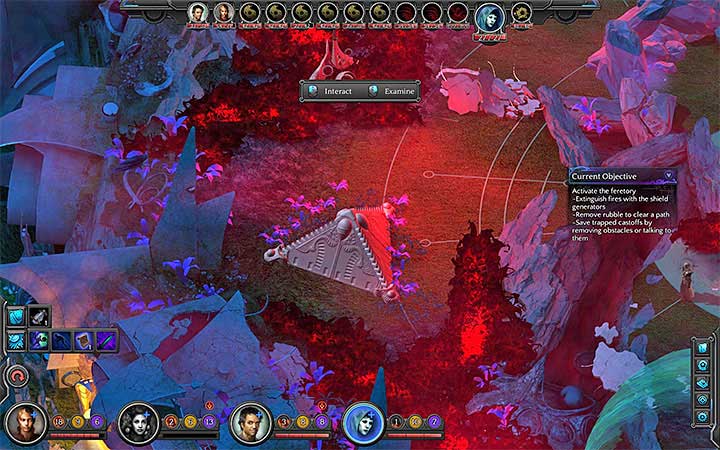 Now, BEFORE you focus on completing this section, you need to note some VERY IMPORTANT points: 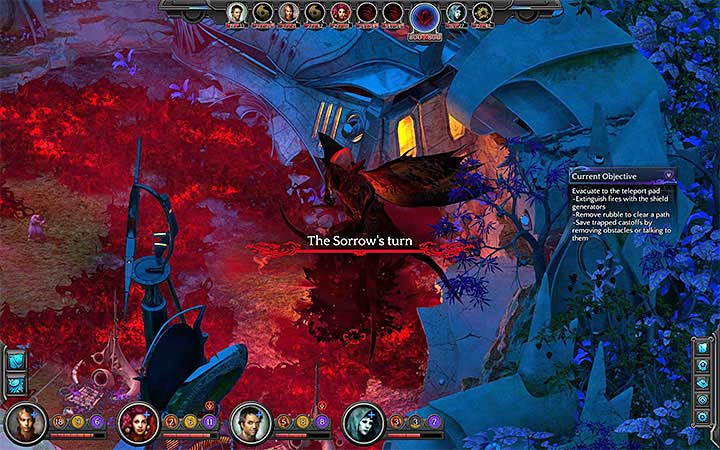 The Sorrow will appear in the eastern part of the map

When escaping sanctuary, keep away from the eastern portion of the map, as that's where Sorrow (M4.13) will appear after a few turns. Do not try to fight her, as all attempts to do so will be futile. What's more, the Sorrow is able to automatically kill all characters in her vicinity.

A glimpse of hope will come as Aadiriis decides to sacrifice her life to distract Sorrow and enable you to escape (no matter what dialogue option you choose, you'll be unable to change her mind). Don't think you're safe now, though. It will take Sorrow about three turns to kill Asdiriis; you need to use the time her sacrifice bought you to reach the feretory. 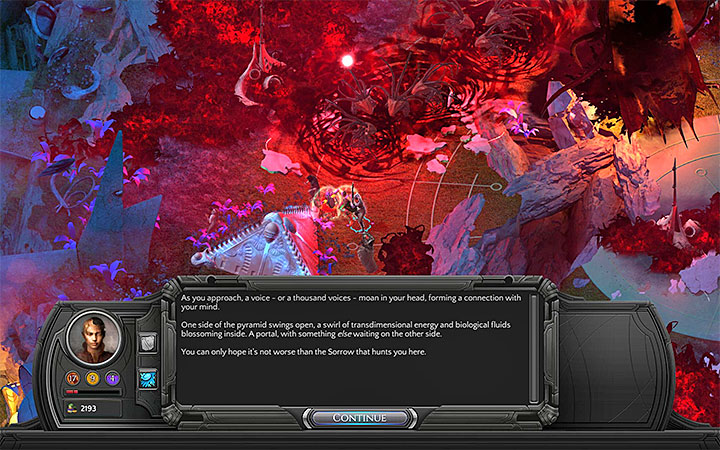 The main character must reach the feretory

As it's been already said, you cannot reach your destination traveling in a straight line. Instead, first head for the barricade located west of Sorrow's spawn point (M4.14). Use character skills to get rid of the rubble and then head for the feretory (M4.15).

There is some critical information you need to know about the feretory - it cannot be used outright to escape the location. First, it needs to be disarmed. You can do it by either have your party members execute THREE different actions, or have your main character use the Tidal Affinity skill. What's more, your main character needs to be the last character to touch the pyramid. Only then will the encounter end, and you'll be given 100 XP.