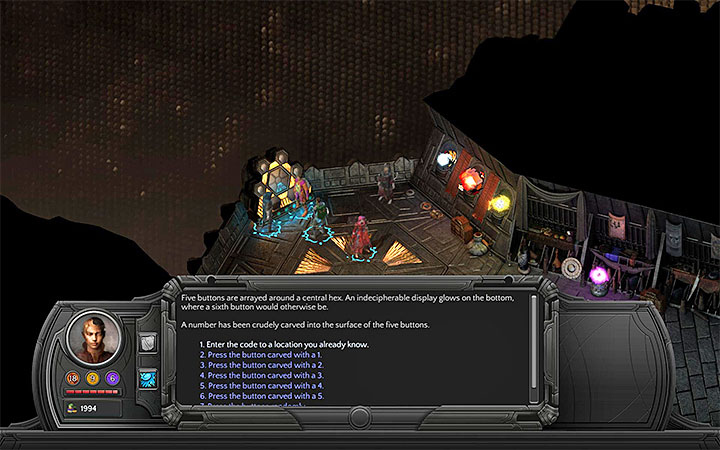 Phoenix is standing on a huge skull in the central part of the Valley of Dead Heroes (M12.12). Use all of the dialogue lines, and you'll learn that Phoenix wants you to prove yourself worthy before he decided to share his knowledge. You'll also receive a note containing a new code - 1535. Take a look at it in the inventory.

Before you can proceed further, you'll need to neutralize the whisperlock found at the end of the Necropolis (M13.3) - more details on how to do that can be found in M13/On the Builder's Trail. Once you've unlocked the terminal, access it and input the combination found on the note (1535). 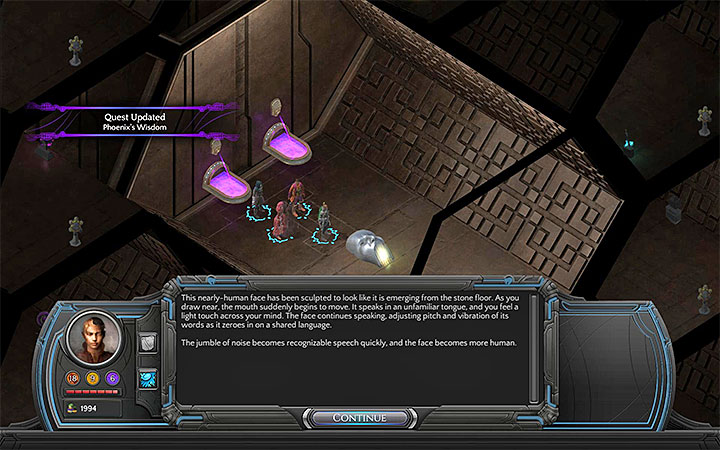 You'll be teleported to a new tomb. Investigate the head-like gleaming object found in the central part of the room. Listen to what Phoenix has to say and return to the quest giver (M12.12) to report your findings. This simple quest will get you 40 Experience Points.