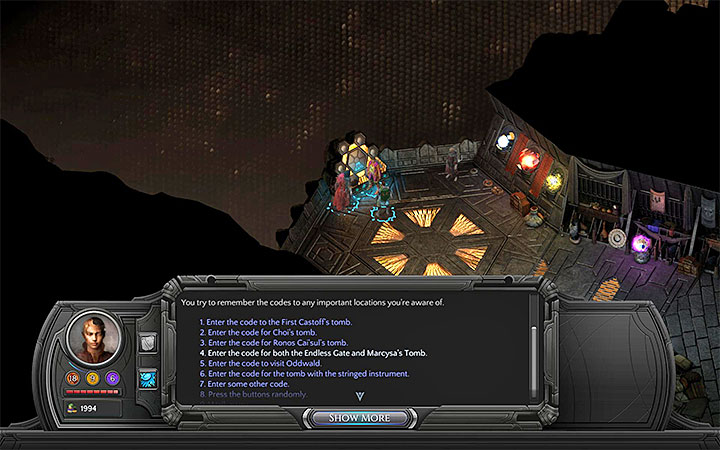 This quest involves defeating a group of The Children of the Endless Gate found in Necropolis. You can pick it up from one of the Memoralists met along the way - Beltrax (M12.1), Ronos Cai'Sul (M12.6), or Talira Kyo (M13.1).

Before you can proceed with the main quest, you'll need to neutralize the whisperlock found in the Necropolis - details on how to proceed can be found on map M13 - On the Builders' Trail. The next step involves finding the tomb containing a portal leading to the Endless Gate. The four-digit combination to the tomb can be acquired by talking to Motley (if you've helped The Children of the Endless Gate) or Talira Kyo (if you've helped the Memoralists). Alternatively, you can simply just input the code - 1254.

Note - Before you embark to visit The Endless Gate, begin a different side quest - Severed Child (M12.14) and reach the moment in which you'll learn of the necessity to visit the same tomb (the one that is unlocked by pressing 1254) to learn more about Marcysa. The quest will introduce you to an alternative way of completing Endless Horror. 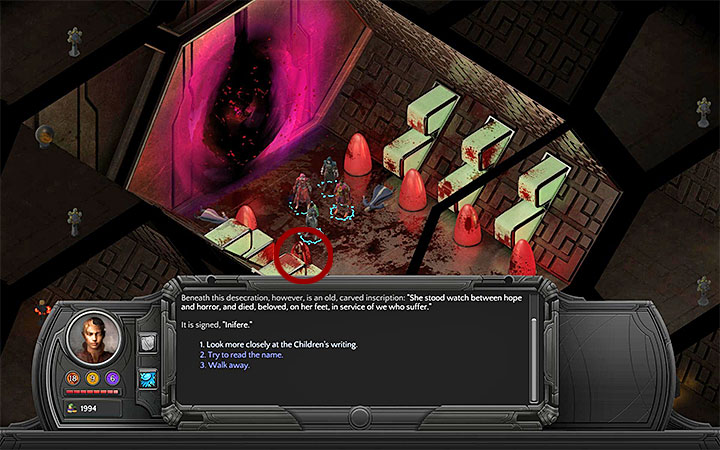 Use the code to access the tomb. The portal is guarded by a group of cultists - they will run through the portal no matter what you do.

If you've followed the previous suggestion and proceed with Severed Child, investigate the small stash marked on the screenshot above and touch the symbol to acquire Twisted Metal Merecaster. You can turn it on, but you won't be able to launch the interactive scene. Don't worry - the item will become useful in the further part of the quest.

Regardless of your approach, cross through the portal to enter The Endless Gate (M13.4). 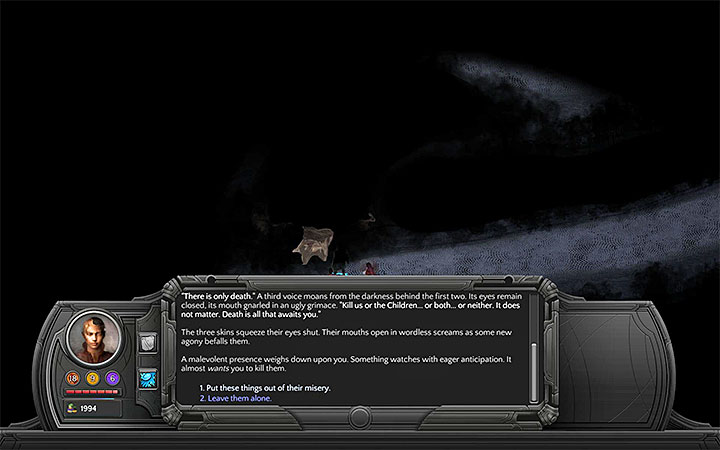 Your objective is to get through the corridors to the northern part of The Endless Gate (M13.6). You can do so in two ways - either interact with every unusual "live banner" found along the way (M13.5) or stay on the main road. First method enables you to use shortcuts, but may increase the difficulty level of an encounter that may happen at the end of this quest.

The second method will see you encounter groups of cultists. These characters will attack your party instantly. The clashes shouldn't be too hard, but avoid using limited abilities and cyphers, as those may prove useful later. 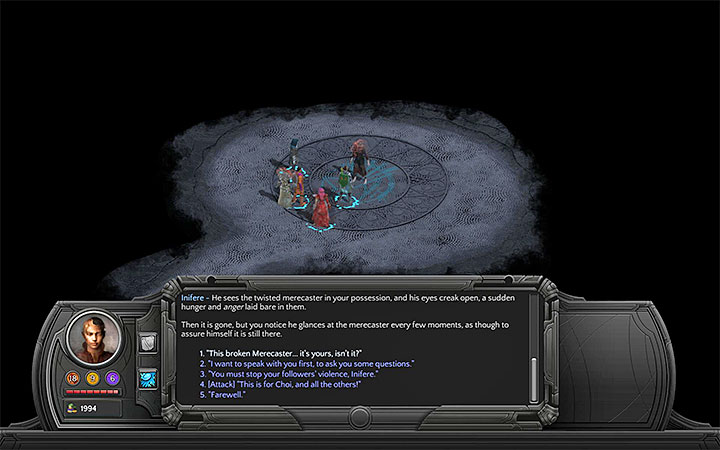 If you chose a peacefull approach, you can broach the subject of the found merecaster.

Once you've reached your destination, you'll encounter two characters, Kiyatawa and Inifere. You can speak to Kiyatawa (serial killer from Sagus Cliffs) but this is a completely optional step. Your main objective is to speak to Inifere. The quest can end up a few different ways:

Warning! Do not choose to stay of your own free will in The Endless Gate, as this would mean permanent death of your hero (without returning to the Labyryth)!

Note - If you've acquired the Twisted Metal Merecaster and entered the mere (the third action from the dialogue window), use Persuasion or Anamnesis to convince Inifere to release Choi (the girl will enter and inhabit The Calm). More details can be found in the section regarding Severed Child.

After the crisis is averted, you'll find yourself in the tomb next to the closed portal. Investigate the items found on the ground - you should find a valuable Impossible Blade. Return to Memoralists camp (M12.6) and report to Ronos Cai'Sul. You'll receive 40 Experience Points, 100 Shins, and a bonded item - Brace of Mighty Kalas'Tor (+1 Might, esoteric damage bonus).