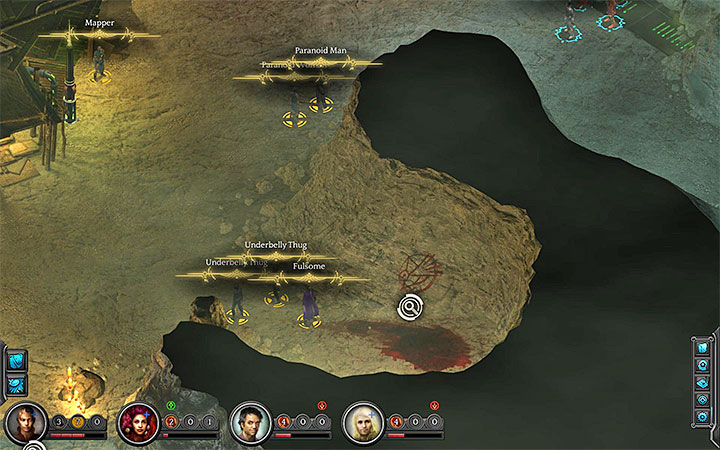 All of the murders will take place in the Underbelly

During your stay in Sagus Cliffs, the first town in the Torment: Tides of Numenera game, there will be a series of murders, performed by a mysterious serial killer. It is worth taking steps towards identifying the assassin, as otherwise he will keep murdering more innocent people. This is a very unusual gameplay mechanic, as almost all other quests in the production do not require the player to hurry and allow you to complete them at your leisure. When it comes to the serial killer, further murders will occur each time you use the rest option, and a total of four people will become the new victims (you will find some comfort in the fact that no quest givers or important NPCs will be amongst the victims of said killer).

The first murder will occur soon after you complete the Fallen to Earth main quest. Soon after you should visit the Underbelly, in order to discover the first crime scene in the south-eastern part of the location (M4.8). Once there, you can talk to Fulsome, which will unlock the side quest - Circles in Red. The description of said mission can be found in a separate section of this game guide, however, you will find a bullet list of its most important steps below:

Kiyatawa is the killer and unfortunately, despite your spot-on discovery of the murderer's identity, she will be able to escape the town. Nonetheless, the quest will be completed. 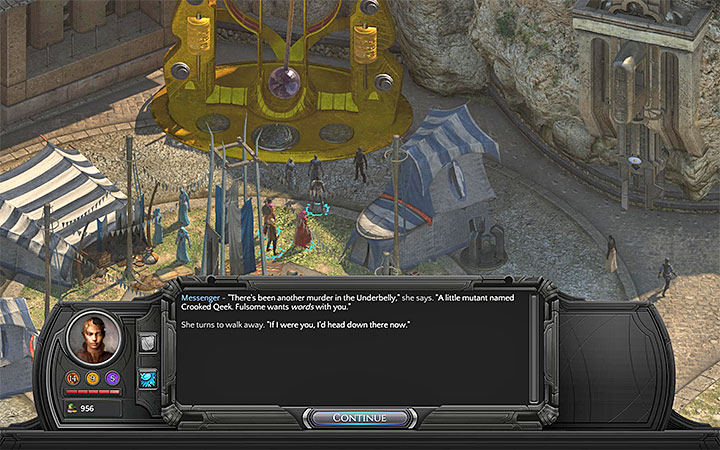 You can learn about new murders from the Messenger

If you ignore this quest, or accidentally use the rest option, more and more people will fall victim to the mysterious murderer. Each time you rest, another person will die, and you will be informed about the event by a messenger. You will have the choice to either ignore him, or to set out to the Underbelly to examine the next murder scene and talk to Fulsome.

The next possible victims of the killer are:

If you allow Kiyatawa to murder all four of the victims, than during the last meeting with Fulsome you will learn about her escape from the city. In such a case, the Circles in Red quest will be failed.