Aligern and Callistege are the two characters you will meet at the very beginning of the game, that is, right after you leave the damaged resonance chamber in the Broken Dome (M1.1). These heroes will automatically join your team, however, you will quite quickly discover that they do not see eye to eye with each other on many matters. Meeting Qorro in the Reef of the Fallen Worlds (M2.2) is a breaking point in the relations between them. You may be a witness of an argument between Aligern and Callistege, which will then force you to choose which one of them do you prefer to travel with.

Picking your ally is not an irreversible choice, as the other person can still be encountered in a different part of the city. The locations of both Aligern and Callistege have been shown below. Keep in mind, that trying to get a character to rejoin your team will mean that you have to let go of the person that he/she does not tolerate. 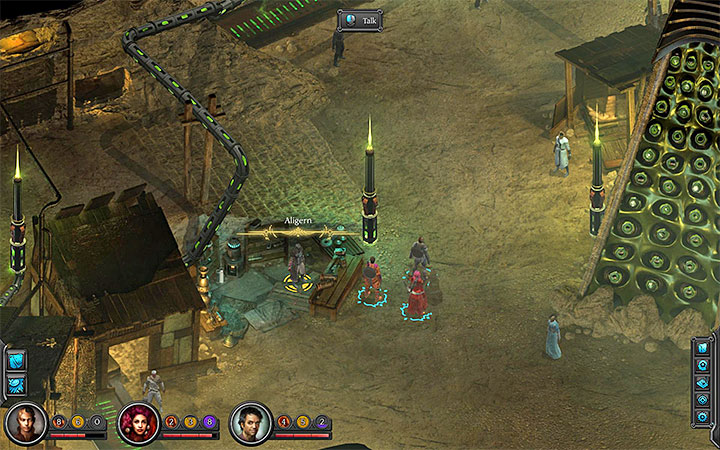 Alligern's Lab in the Underbelly

Aligern can be found in his lab in the central part of the Underbelly district (M4.9). 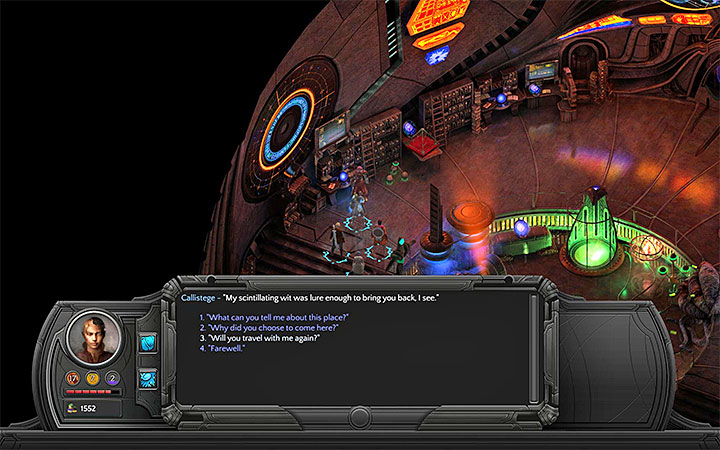 Callistege's workplace in the Order of the Truth

Callistege can be found at her workplace in the building of the Order of Truth (M8.5), which is located in the Government Square (M5.2).