This chapter helps you understand the nature of artifacts, and the difference between an artifact and a cypher. Such powerful relics from times gone by have survived the great cataclysms that sundered the mighty civilizations, and even if today we cannot decipher their exact purpose, we know that they conceal great power. 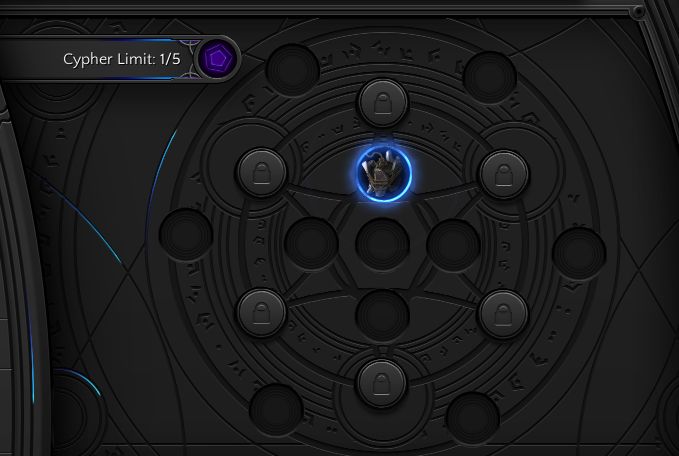 The inventory contains a separate section for cyphers, with a certain limit depending on your skill set.

Cypher is a highly-advanced technological device, and a relic from bygone worlds that can be found in multiple locations around the world. Each cypher can be used only once, resulting in multiple outcomes. Some of them may work as a grenade, or as a means of healing or regeneration. Even one such item can change the course of a battle.

There is a limit of how much cyphers you can carry (the exact amount is shown in the hero's inventory), as carrying too much cyphers can end up with unpleasant side effects - the hero begins to suffer from a Cypher Sickness, which results in considerable penalties to statistics. The world is full of different cyphers, so use them on the fly and avoid storing them.

Remember! Avoid storing cyphers - treat them as extra abilities, and often use them in combat to make room for other finds.

Approach cyphers as disposable spells which can be used by your character. Additionally, the amount of stored cyphers increases with your experience level. 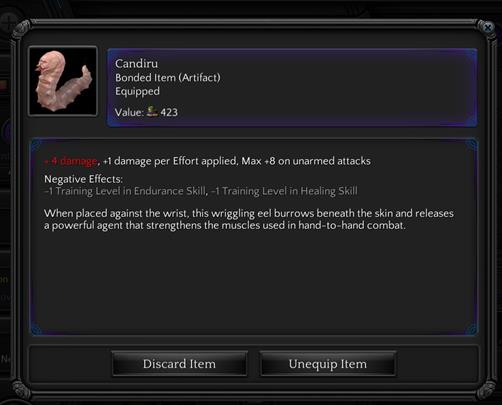 Artifacts, in opposition to cyphers, are used like items, and can be safely equipped for prolonged periods of time. They offer permanent boosts to various statistics and abilities. The scale of their power varies greatly - some of them offer small bonuses, while others give access to serious power. Such items are often very unique - e.g. a cape sewn from golden feathers that stiffens and works as an armor when the hero is attacked. The unique weapons are similar - they are unusual and rare, but very powerful and have their unique description. In other words, artifacts are special, magical items that boost your statistics.

Some of the heroes can make use of special resources and components to create their own, unique artifacts.