Unlocked by: speaking to Lord Vuntgen in the Cliff's Edge (M6.6).

You can unlock this quest by talking to Lord Vuntgen. You can find him in the western part of Cliff's Edge (M6.6). He will ask you to find a Stichus who is terrorizing the area. You can find the creature in the southern part of the district (M6.9). The Stichus is standing at the edge of the mountain. Interact with him. There are two solutions to this quest - you can let the creature live or make him die. 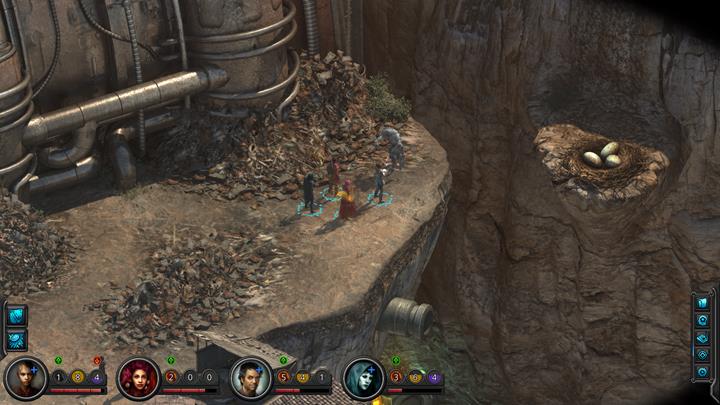 Try talking with the Stichus. If you helped his kind in the quest Shaky Foundations, you will know the language of these creatures. Otherwise, with the Anamnesis you can try remembering their dialect.

Speak with the creature about all topics and don't attack it. Then go west from him, to the two kids playing nearby - Zebb and Avina (M6.8). Start talking with them. They will ask you not to tell Lord Ventgen the location of Stichus since he isn't hurting anyone. Promise them you will help and go back to Lord Vuntgen (M6.6). Tell him you talked with the Stichus and how he captured and left the creature at the Cliff's Edge. Then say that he did it to incite the people. Go to the Underbelly and talk to Che'kekt (M4.2). Tell him about the wounded Stichus and use persuasion to convince him to help him. The outcast will be saved. Go to Lord Vuntgen and tell him about it. You can select whether you tell him that it was you who helped in the escape or you can inform him that Stichus was saved by his kind. No matter the choice, you will receive 40EXP and a cypher from the orphans (M6.8).

Second option - the creature is killed 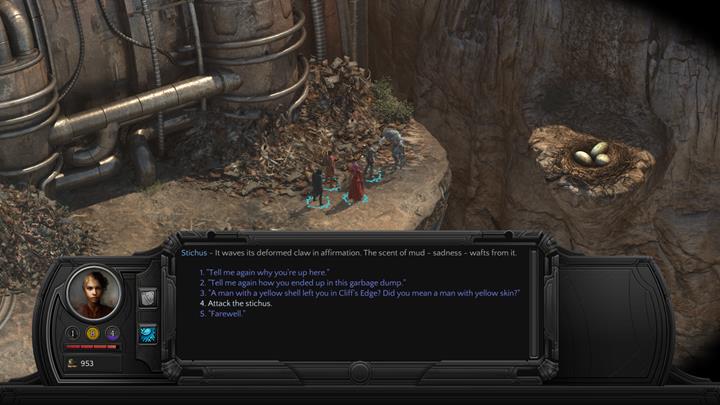 You can kill the beast during the conversation

There are two ways of killing the creature - you can select the attack option during the conversation with it (the main hero could suffer a lot of damage) or after visiting Lord Vuntgen again you can tell him where the creature has its lair. You will receive 40EXP and a Bonded Item: Second Skin (Health +10, Strength +1, Speed -2).