Unlocked by: talking to Salimeri in the Order of Truth in Government Square (M8.1). 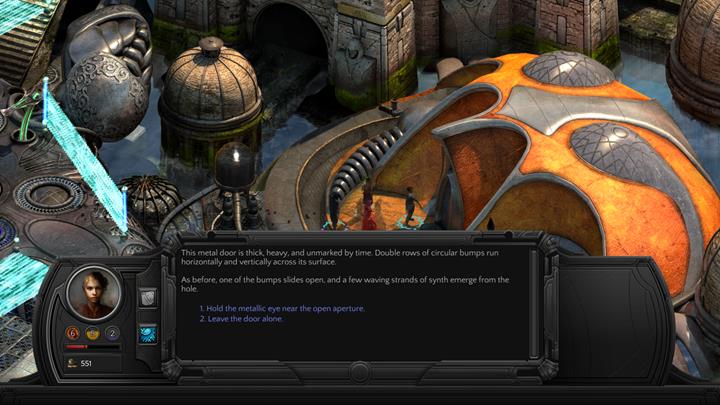 Entrance to the Lazaret.

You can unlock this quest at any point during the conversation with Salimeri, the head of the Order of Truth. You can find the entrance to the headquarters of the organization in the northern part of the Government Square (M5.2) and Salimeri can be found inside a small room (M8.1). It isn't important which dialogue options you select, except when the character asks you if you will help her with her problem - agree by selecting the short answer "Yes". You will receive a new item, a metallic eye and instructions to go to The Anechoic Lazaret. You will find it in the eastern part of the Reef of the Fallen World (M2.4). Get close to the entrance and interact with it. Then select the first dialogue option in order to open the entrance. 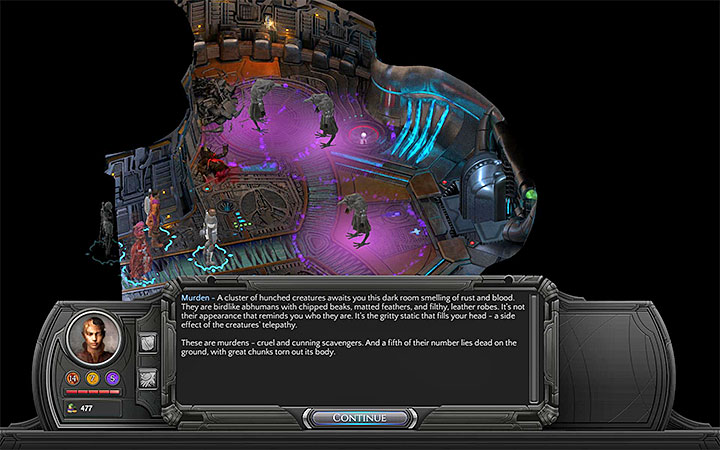 After entering the Lazaret the situation can go two ways. If Qorro survived the encounter with the main protagonist during the early phase of the game, you will meet him here. Select any dialogue option - it won't impact the story. Once the conversation is over, interact with the console on the right side of the room.

If Qorro died, then after entering you will encounter a group of Murdens that are necrophags. You can scare these bird-like creatures away by selecting adequate dialogue options and completing one of the available tests (using Persuasion or Intimidation) or you can attack the Murdens. In the latter case you should notice that each enemy is surrounded by a static field. Because of that, it is preferable to fight them from distance. Use the entrance to the bottom level of the building once you win the fight. 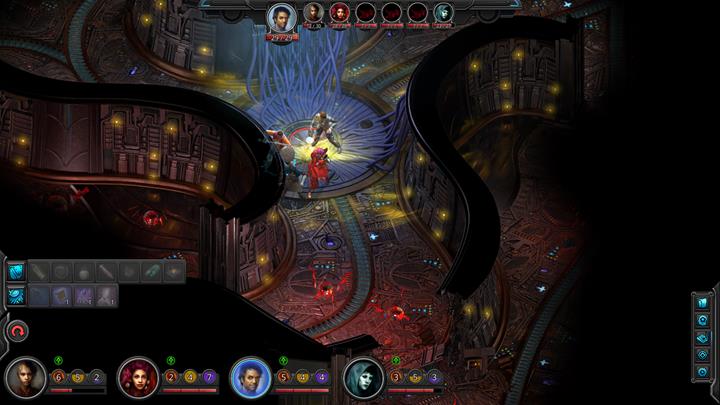 Below you will face a group of enemies.

Below you will encounter creatures named Peerless. They will order you to leave this place. Diplomacy won't be effective - you must clear the opponents from the Lazaret. The task isn't hard since the beasts have only 7 (smaller creatures) and 23 (larger creatures) health points and they fight in small groups. Systematically clear the rooms.

An alternative solution is to activate stealth ability (you must activate it separately for each party member). This will enable you to avoid combat and sneak up to the next location related to completing this quest. 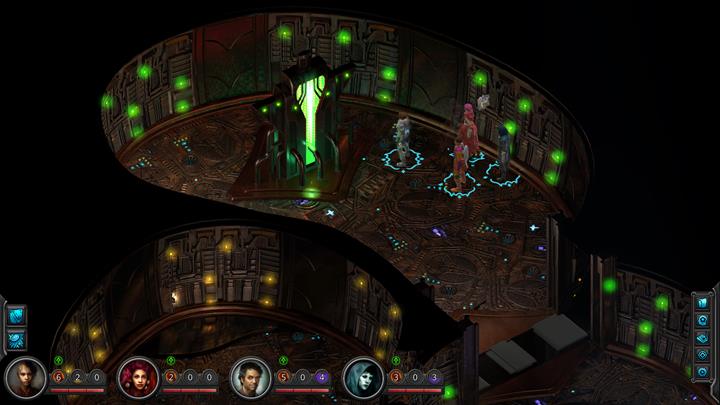 First go north - there you will find a large panel, the Peerless Brain (M9.1). Use your knowledge about the machinery to overwrite the information about the Peerless. This will allow you to fully heal your whole party. You should do it after a few battles, once your team is weakened. Then go to the two further panels (M9.2, M9.3). As you overwrite the conscience, the drones will stop attacking you. They can even start attacking other (red) drones, thus helping you clear the Lazaret.

Finally get to the main source of the corruption of the chamber (M9.4). Deactivate or destroy it. The Lazaret will be cleansed. Go to the upper floor. 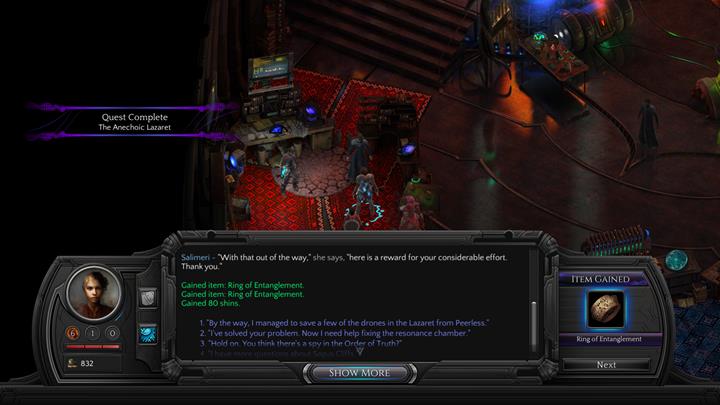 Go back to the Order in order to receive your reward

Qorro will ask you to say that he helped you with the expedition. You should agree, but first negotiate so as to make him give you more than only secrets. Go back to the order and inform the questgiver that you succeeded. You will receive 40 EXP, 80 shins and two Rings of Entanglement. Characters that have these rings equipped share all fettles and 25% of regenerated statistics. Additionally, if some drones survived the quest, you will receive Aref, a mysterious half of a ring that will prove to be useful later in the game.