How to unlock: talk to Peliai in Underbelly. 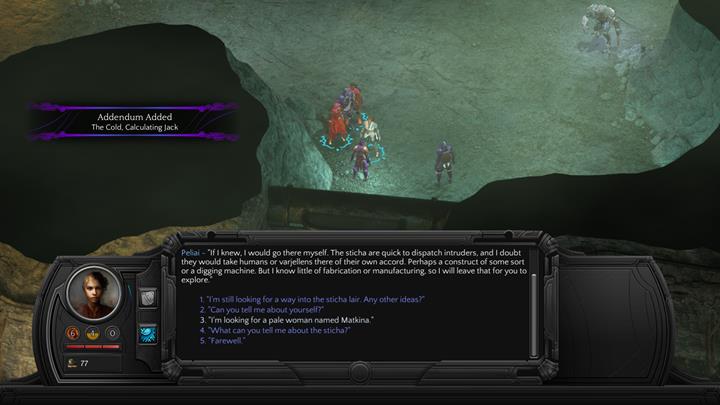 To begin the quest, talk to Peliai.

To unlock the quest, you have to talk to Peliai-the woman can be found in the western part of Underbelly (M4.6). The quest has you break into the Sticha lair and steal all monsters' eggs. You can choose to approach this in two ways, which have been described below. 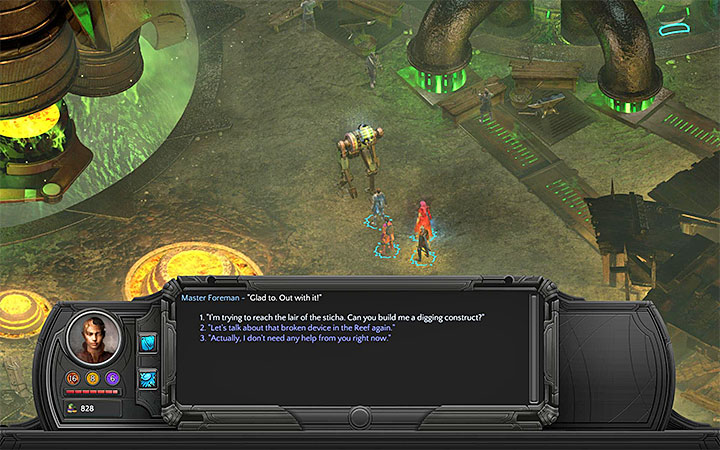 The Master Foreman can create a Stichus Automaton, which can help you access the lair

In order to reach the lair you must first head over to the cave-in (M4.3), where you can interact with the rubble to discover a body (you must use Might to clear the rubble). Examine the corpse, finish your interaction and meet with Peliai once again, in order to hear her advice. You can now set out to find one of the robots in the Underbelly - the Master Foreman (M4.4). During your conversation you will be able to ask him to create a robot for you, that will help you reach the lair - do not worry about the choices in the dialogue options, there is only one way this discussion can end and it always results in the creation of said robot.

When the conversation is done, head to the place where you found the body after clearing the rubble and talk to the Stichus Automaton, which is now standing there. During your conversation, ask him to drill a tunnel to the Sticha Lair. Your team will automatically be transported to that location (M11.1). 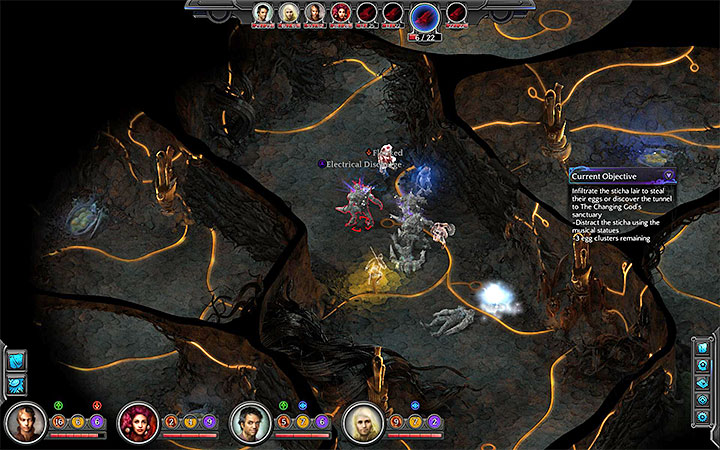 Fights with the sticha will not be difficult, but they can last a good long while

There is a group of sticha in the lair. The enemies will greatly hinder your ability to move around the location, as they will engage you and your team whenever you are detected. You can try concealing all of the team members before you step into the main corridor, however, the sticha will once in a while use a skill that allows them to scan their surroundings, which makes it possible for them to detect even hidden heroes.

If you find yourself in a battle against the sticha, then you should not expect a very difficult challenge. These creatures are relatively easy to defeat, and they often miss. Try to use area of effect attacks, whenever a larger group stands close to each other. 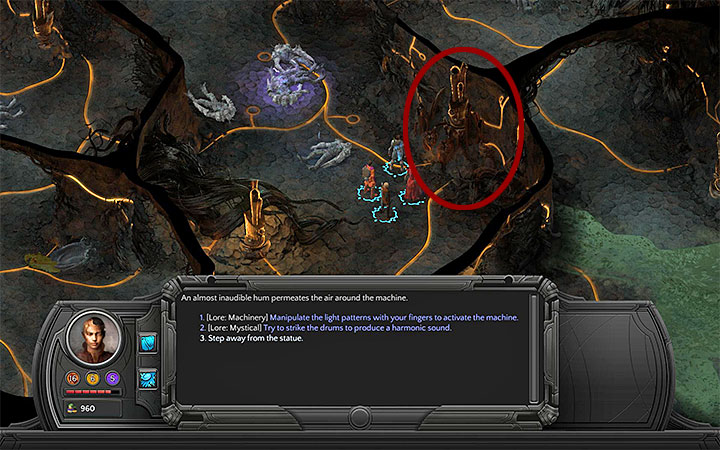 Reaching the device marked in the picture above can help you avoid fighting the sticha (M11.3). After interacting with it, you can choose to go through one of the skill checks, which will make the statue start projecting sounds. This action will distract all of the sticha that are currently in the lair. 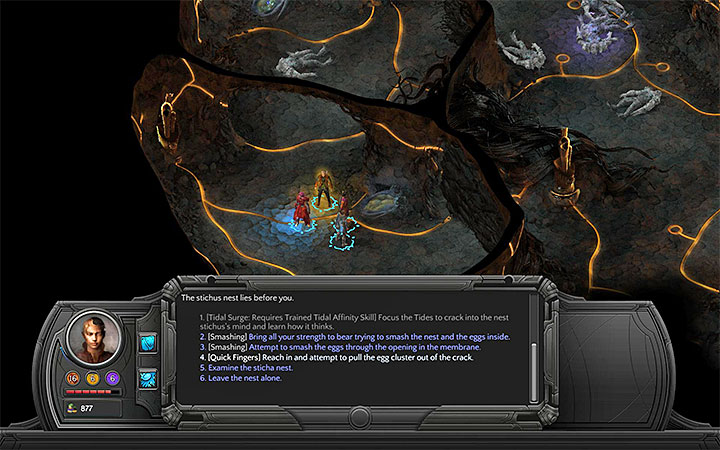 One of the clusters - to acquire the eggs you can use e.g. the Quick Fingers ability

There are several egg clusters within the lair (M11.2), with which you need to interact. After discovering a cluster, you will have the choice to approach the problem of acquiring the sticha eggs in various ways. Do not choose the options connected to Might, as it can lead to the destruction of the eggs. Instead, you should try to carefully extract them by passing one of the other skill checks. For the needs of the mission in question, you do not have to collect all eggs successfully, but if you destroy certain ones, than you will receive a smaller reward later on. Return to Peliai only after you have completed the appropriate interactions with all of the clusters and there will be no more of them to examine. You will receive 40 XP, shins (the generosity of the reward depends on the number of delivered eggs) and the Bonded item - Ebon Eyes (bonus to Perception, resistance to the Stunned and Blinded fettles).

Important - The lair is also connected to the The Cold, Calculating Jack main quest, since in its south-western part, there is a passage to the Buried Crossroads (secret sanctuary). You can find more details in the description of that specific mission. 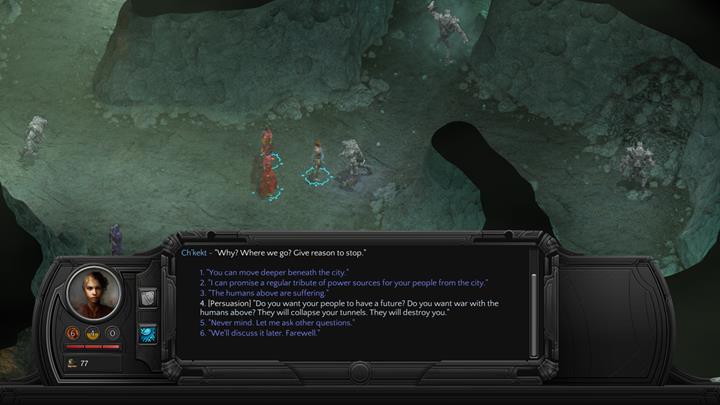 Instead of stealing the eggs, it's enough to seek a peaceful solution by talking to Ch'kekt.

Apart from theft, you can also solve things diplomatically. Interact with the Stichus right next to the three heroes that gave you the quest. While talking to Ch'kekt (M4.2), it turns out that the protagonist cannot understand the creature. Once you've exhausted all dialogue options, a new one, ending with [Anamnesis], will appear. It lets you become familiar with the Stichus language after passing a quite difficult Intellect check.

Now you can talk to the creature. Ask it to stop digging and use Persuasion to convince the monster that further digging will result in war. Afterwards, report back to Peliai and tell her about your success. You will gain 40 XP and 150 shins as a reward. The mission is complete.