How to unlock: Speak with Zaofi the Sculptor (M3.9). 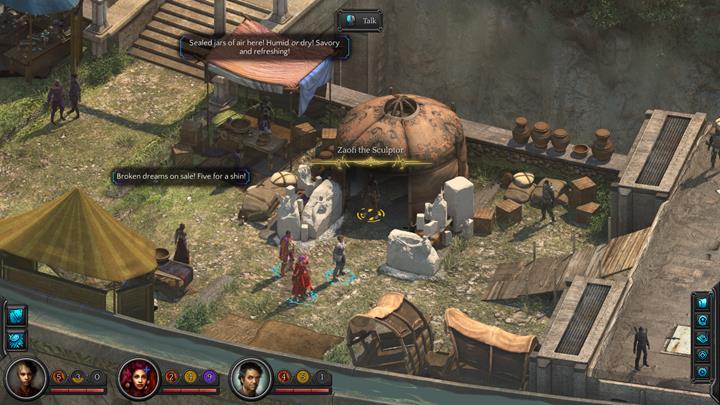 Zaofi the Sculptor can be found in the southern part of the Circus Minor district (M3.9). He will tell you of a murder he witnessed, committed by the same creature that pursues you from the very beginning of the game: The Sorrow. The artist wants to capture the moment of the victim's death with his art but needs additional information on the deceased to do it. He will ask you to obtain it for him. In order to do it, you must go to Dendra O'hur Chapel in Underbelly (M4.5) and also search the dead person's house in Cliff's Edge (M6.4). Start with the former. 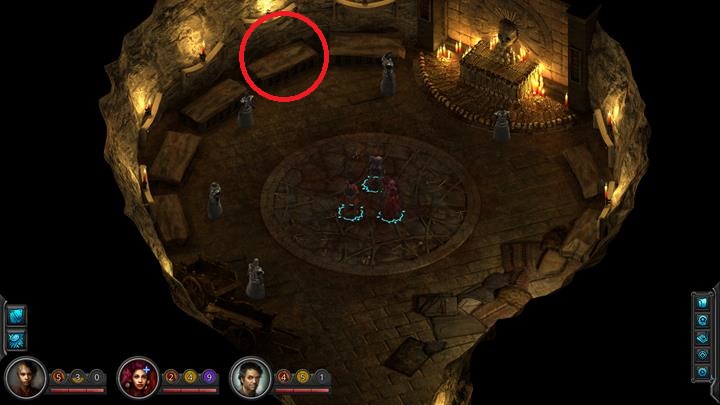 Approach the corpse and search it.

Once there, approach the corpse indicated above and uncover it. Then, touch the tattoo to gain a small bonus of 2 XP. Talk to the priests in the chamber to learn more details. Next, exit the chapel and head to Cliff's Edge. 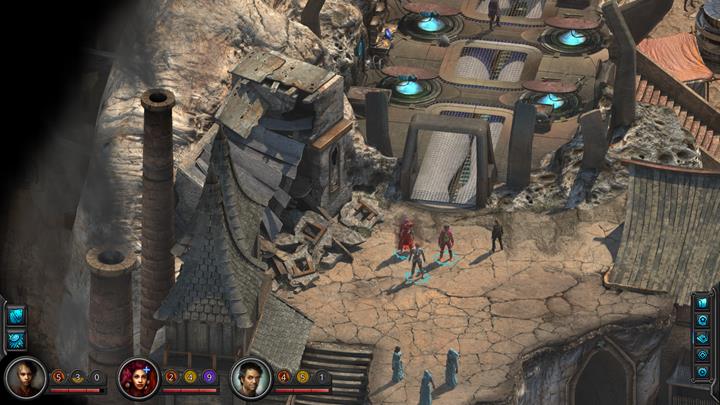 To search the house of the deceased, go to the Cliff's Edge district. The collapsed building can be found in the western part of the district (M6.4). Approach the rubble on the left side and interact with it. Use the available skills and might to search the debris in search of additional items. While searching, your character will feel a woman's presence and you will be notified that a new reflection has appeared in the labyrinth. Approach the three priests (M6.7) who are standing to the south and talk to them. You will learn that the house may have been robbed by orphans. 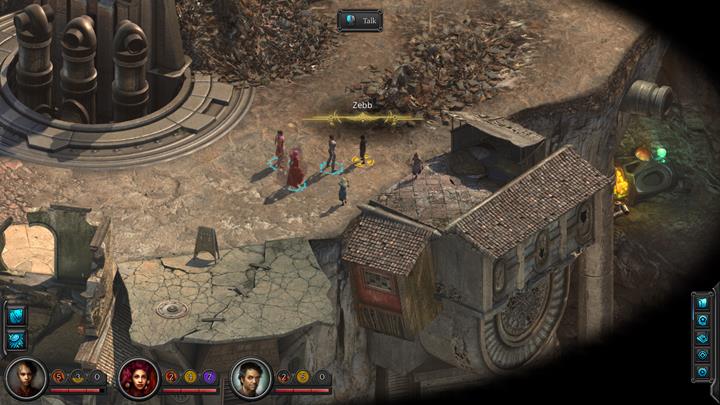 Ask the orphans about what they found in the house.

You will find them in the southwest. Approach Zebb, Nym, and Avina (M6.8). First, give them some shins and then ask whether they poked around the ruined house. Then, talk to Avina and ask her about the house and the mysterious box. Convince the girl to hand you Interdimensional Puzzle Box. Open the equipment screen, click the item, and use it. Alas, you won't be able to solve the puzzle. 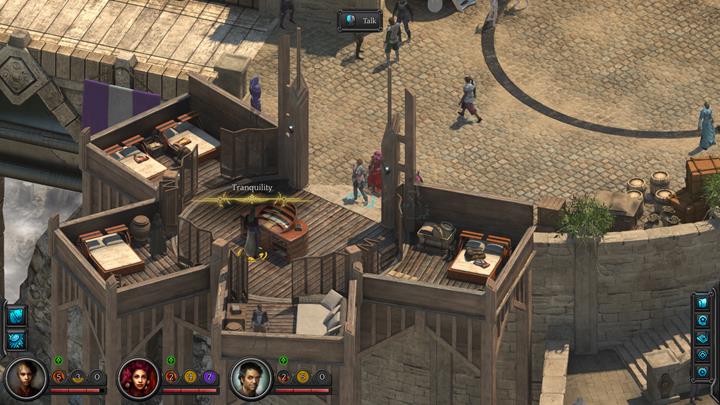 Ask the woman to put you into a trance.

Now, you have to enter your subconscious-this is done the easiest by talking to Tranquility who owns a tavern in Caravanserai (M7.1). During the conversation with the woman, ask her to put you into a trance. Then, you will arrive at a familiar place. 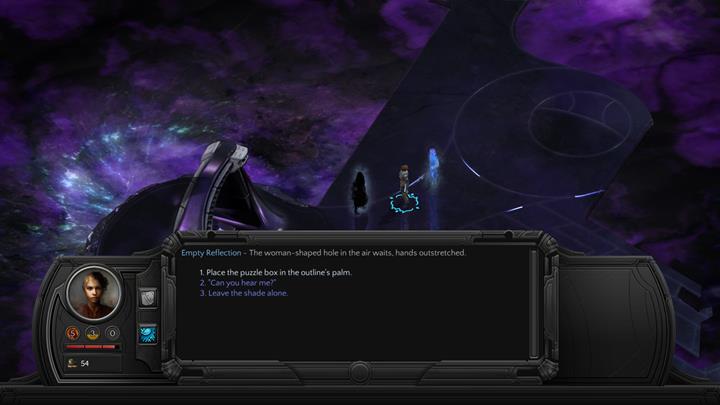 Talk to the new reflection in the labirynth.

You arrive at a familiar place. Approach the Empty Reflection and talk to the stranger. She won't be able to communicate so put the previously obtained box in her hands which will awake the woman. You'll learn that her name is Seria. The girl will tell you about the circumstances of her death. After the conversation, you will gain a new passive skill, Seria's Peace, that increases Might, Speed, and Intellect by 1 point.

Go back to the real world with the portal and report to Zaofi the Sculptor. Choose one variant of The Sorrow's story climax to gain 40 XP and an artifact-Spirit Shroud, a cloak that increases the dodge parameter by 15% when a character takes damage. The quest is done!