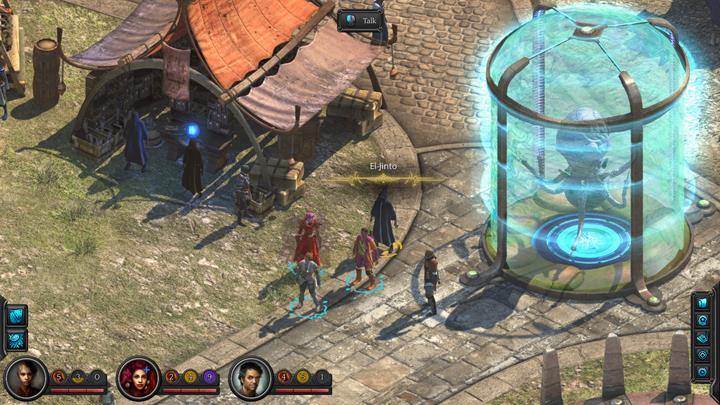 From Beleazar (M3.6), you learn that he intends to steal a monster called Nychthemeron from an energetic prison to conduct research on him. He asks you for help and gives you the necessary item: a Teleport Nodule. The creature is found right next to the character, to the southeast (M3.7). However, it is guarded by two adventurers. This situation can be dealt with in a few different ways. You can release and then defeat the beast in combat, "rat" on Beleazar and stop him from freeing the creature, or engage in a conversation with Nychtemeron and enable him to join you in The Calm. All these solutions are described below.

Method one - freeing and defeating the beast 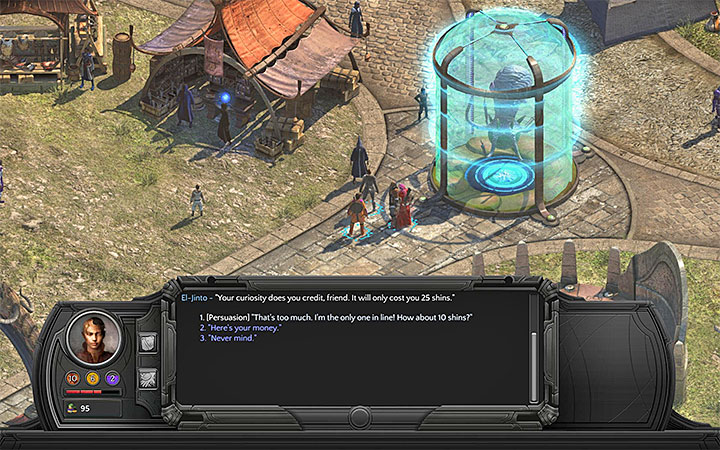 You can bargain with El-Jinto.

Initiate a conversation with El-Jinto (M3.8), one of the two guards and ask him to let you see the monster up-close. He will demand 25 shins, but if you use Persuasion properly and pass a pretty easy Intellect check, the fee can be reduced to 10 shins.

It's a good idea to save the game now since there is a quite hard Speed test ahead of you. Go to the force field that keeps the monster imprisoned and interact with it. You have to pass a Speed test (Quick Fingers) to place Beleazar's Teleport Nodule in the force field. If you succeed, the monster will be teleported from the cage. Talk to the guards (you can tell the truth or make up an excuse) and then speak to Beleazar who will task you with killing the beast. 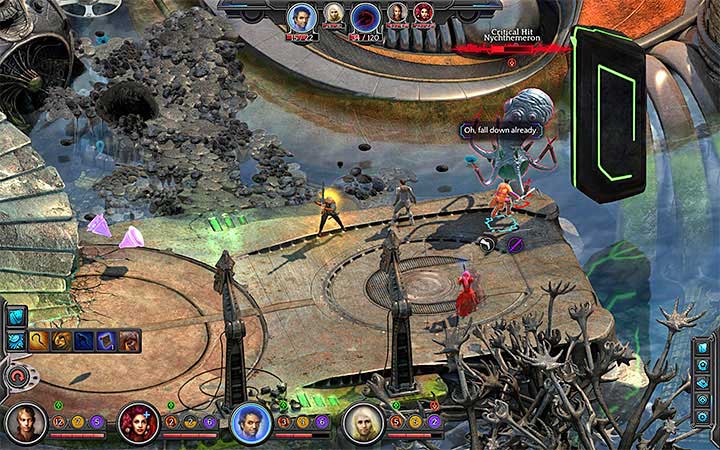 Now, go to the Reef of the Fallen World district. Nychthemeron is in its southeastern part (M2.3). It's not worth it to engage the monster if your party doesn't have four members and if it isn't strong enough (you can perform other quests in the city to gain experience first).

After clicking on Nychthemeron, you can start the fight. You have to be ready for a very demanding battle. First and foremost, be prepared for powerful area-of-effect attacks and try not to place all party members next to one another. Furthermore, it's advisable to try to weaken the beast's defense or paralyze it by using unique skills of our companions.

When you win the fight, you will obtain Nychthemeron Brain. Take it back to Beleazar (M3.6) and hand it over. As a reward, you get 40 XP and an artifact called Psychic Guard (it allows you to possess additional cyphers). 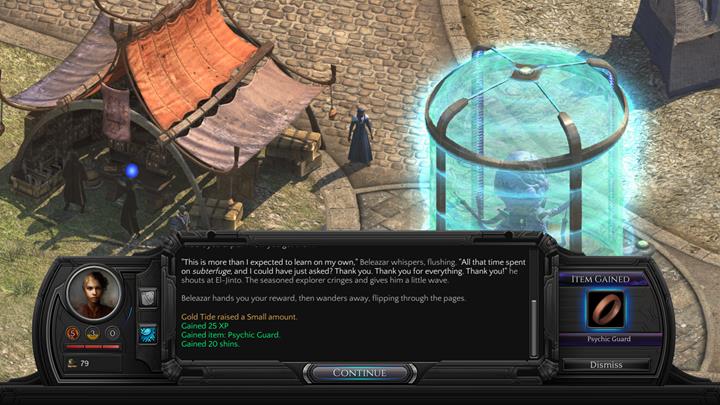 It's not worth it to seek punishment for Beleazar.

To stop Beleazar, you just have to inform the monster's guards (M3.8) about Beleazar's plan to steal Nychthemeron. To do so, approach them and reveal your mission to them. During the conversation, show the Teleport Nodule and convince El-Jinto to share his own study's findings. Then, give the notes to Beleazar to receive 25 XP, 20 shins, and an artifact called Psychic Guard (it allows you to possess additional cyphers). The quest is thus concluded.

Method three - Talk with Nychtemeron and take him to The Calm 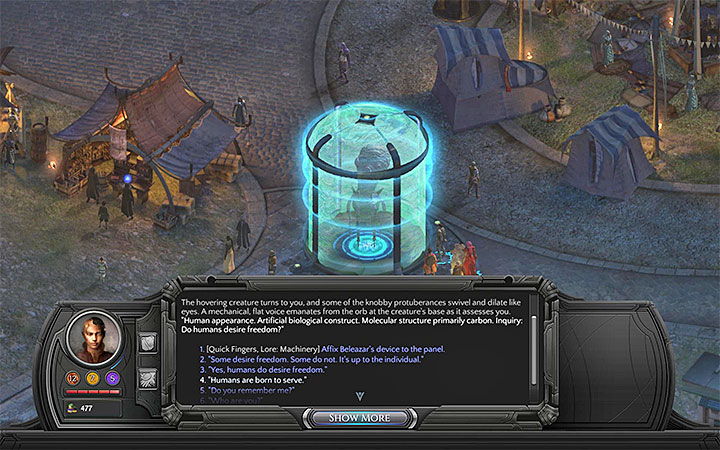 Once you've managed to change the timeline, approach Nychtemeron and click on his cage so that The Exile begins a conversation with the being. Choose any dialogue options you see fit - the most important thing is to agree to free Nychtemeron. This involves completing all the actions that are a part of Solution I - you'll need to complete the roll involving Quick Fingers to place the Teleport Nodule on the force field. If you've managed to complete the roll, Nychtemeron will be freed from his cage. 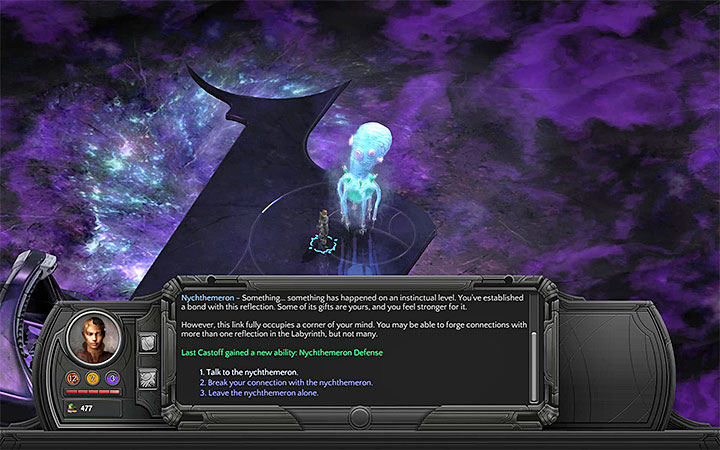 In opposition to the previous variant, freed Nychtemeron won't teleport to Reef of the Fallen World, but will be taken to The Calm, an area in The Exile's mind. When you have the chance, visit The Calm (simply die in any circumstances or ask Idylla (found in Caravanserai) to induce the hero into a trance). Once you're up there, talk with Nychtemeron. The conversation will result in unlocking Nychtemeron Defense, a passive ability awarding a random fettle to a melee attacker.

Talk with Beleazar to conclude the quest. If the Exile had revealed the truth about the Nychtemeron's escape, you'll leave without any reward. If you wish, you can simply lie - the party will end with additional 25 Experience Points, provided you've managed to complete a roll using Deception and Lore: Machinery,