Warning - This is a time-limited quest. If you don't save Ris in time (the days go by when you rest), he may be executed which means that you can't finish/begin the quest. 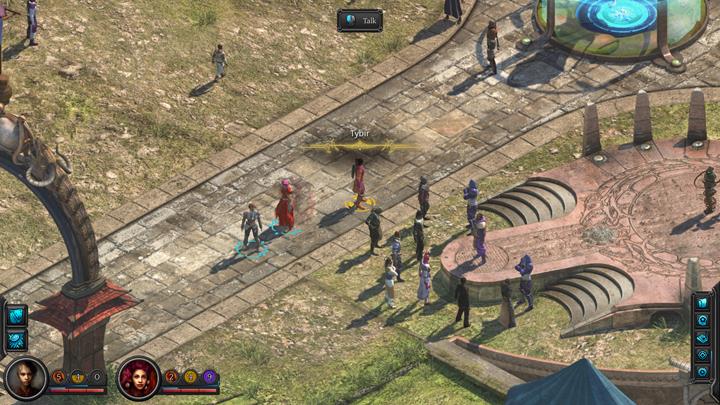 Talk to Tybir about his convicted friend.

While talking to Tybir (M3.11), you will learn that his friend is awaiting execution after he was allegedly falsely accused. If you decide to help, Tybir offers to join your party-it's profitable to agree because an additional character makes fighting significantly easier. 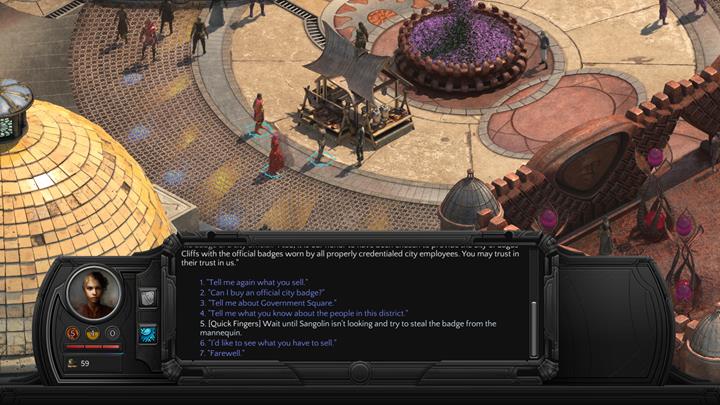 Obtain the badge from the merchant.

At the beginning of the quest, you will be sent to the Government Square where you have to obtain an item, Badge of Office, from one of the merchants (Sangolin) (M5.3). While speaking with the merchant, you will reach a dialogue option that lets you acquire the badge, whether it be by deception or theft. Eventually, you will get the desired item lets you save Tybir's friend. 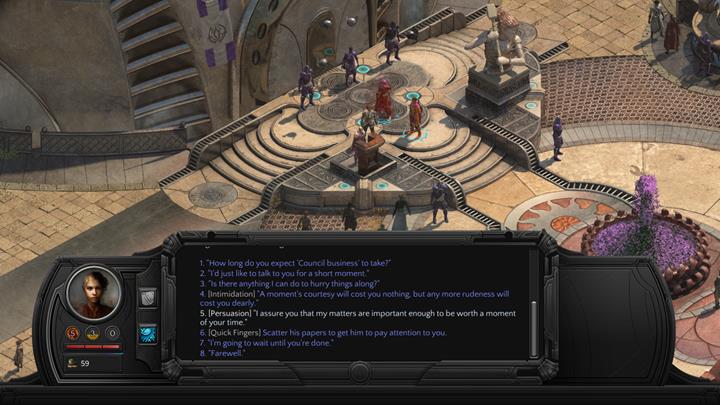 Convince the Clerk to give you the pardon letter.

Once you've obtained the Badge of Office from the merchant, go northwest and speak to Council Clerk, a character who stands by the rostrum (M3.12). First, you have to force him to cooperate, and therefore you must use a dialogue path that is the most adequate for your character and its stats. Then, start talking about documents-again, you must choose the right option to receive a Forged Letter of Pardon.

Go back to the previous location, to the place where you met the new companion, and talk to the overseer (Yeen the Overseer). Hand him the papers, and Ris will be set free momentarily. Moreover, it will earn you 40 XP.

A quite long conversation between the friends will start, and the mission concludes right afterwards. You've gained a permanent companion. 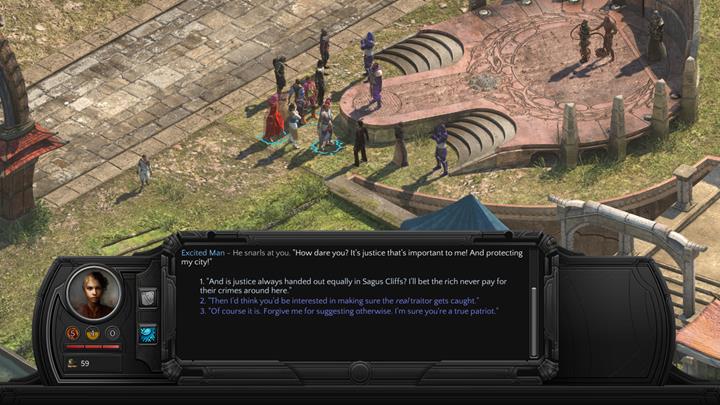 You can incite the crowd to make it convince the authorities to release the prisoner.

Alternatively, you can talk to the people who gathered by the arena. If you convince a few of them to support the convict's innocence (you'll need to use an Effort at least once), a small riot will happen. Consequently, the authorities will release Ris, but you will not receive any reward or XP bonus. Then, a conversation with Ris will start. Despite the rescue, he is furious with Tybir and swears to take revenge on him. 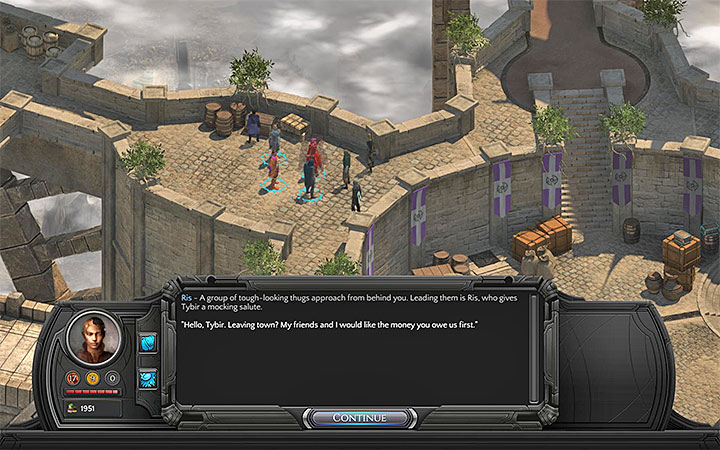 Ris won't allow you to leave the city immediately

Epilogue: If you choose the alternate solution - you saved Ris by inciting the crowd around the arena, then he will swear to take revenge on Tybir. In this situation, the next meeting with Ris happens when you want to leave Sagus Cliffs in order to continue On The Builder's Trail (M7.2). You can choose from two options: