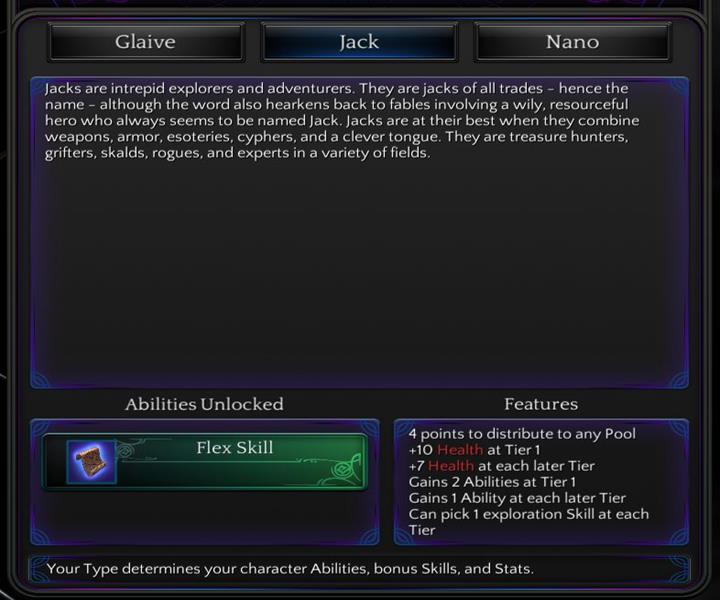 Jack - is an intrepid explorer and adventurer. They don't focus on one skill or tactic, using all available types of weapons, equipment, or magic - anything that will help them advance their agenda. Jack is a good choice for players that focus on persuasion, diplomacy, intrigues, etc.

Who is this class best for?

Jack is a very interesting class. It offers enormous versatility - you have a lot of skills to choose from. This class is the Torment's rogue, who can cope with the direst situation thanks to his sharp tongue pointy retorts. If you decide to go for this one, consider skills such as deception, persuasion, etc. If you play your cards right, jack will allow you to omit almost every fight in the game. It's a perfect class for people who'd like to approach this game with a diplomatic character and balance on the frontier of adventure and combat.

If you fancy a character with mediocre combat abilities but high elocution, jack is the perfect choice. Make sure, however, to surround him with tough companions during crises - they will let you come out on top.

Bottom line: this is the perfect class for those, who want to avoid fighting.

How to develop a jack? 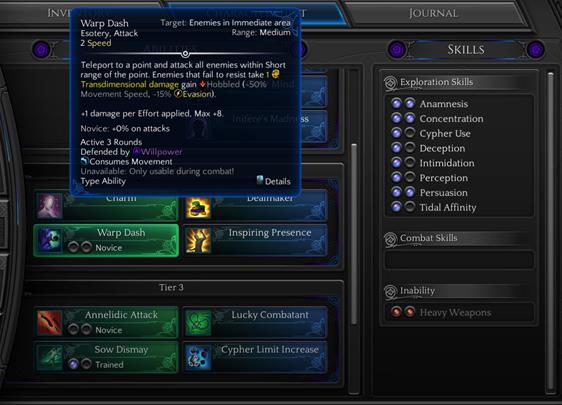 Jack has strong combat skills, which you should definitely use.

There are a few ways in which you can develop a jack. Each time you gain level you can select special skills. Usually you must select between combat skills and skills that increase your effectiveness in dialogues or other interactions. As it was mentioned before, you can transform a jack into a master of diplomacy, but in that case you shouldn't invest into any secondary skills. Selecting the unique, combat-focused class skills is a much better choice. Jack has one of the best skills in the game - they are very strong in fights. Remember, that some battles in the game are mandatory and it is a bad idea to make the main character completely useless in combat.

Below you will find a list of most interesting skills available for jack. Each skill has a short description:

As for the exploration skills, you should take interest in skills like: persuasion, concentration, deception, and anamnesis. As for the stats, you should invest in speed, then in intellect and some small number of points in might. Such character will be effective in conversations and the class skills will be a great addition to combat abilities of every party.