Once you've dealt with the gunner, it would be a good idea to order your men to get here. Place them somewhere to your right (screen). You will have to clear out the surrounding area from here. Consider entering this small building through the window. Once you've killed all hostiles, start moving forward. 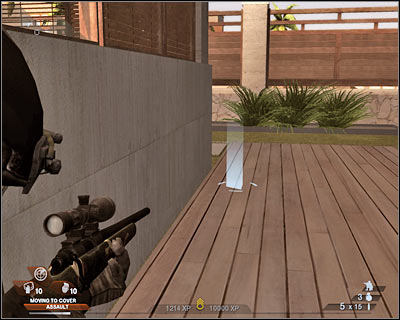 Your objective will be to reach the stairs which are located to your left. Order your colleagues to move to your right. You should be hiding behind the left wall (screen). Don't even think about using the stairs. Instead, throw a couple of grenades and eliminate anyone who decides to get closer to your position. 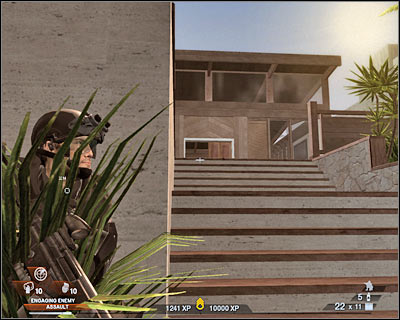 Try eliminating as many terrorists from here as possible (screen). I wouldn't recommend trying to get closer to their positions, because not only you would become exposed to enemy fire but you would also have to avoid enemy grenades. Proceed towards a small building only if you fell it's safe. Obviously you can't be certain that you've killed terrorists. 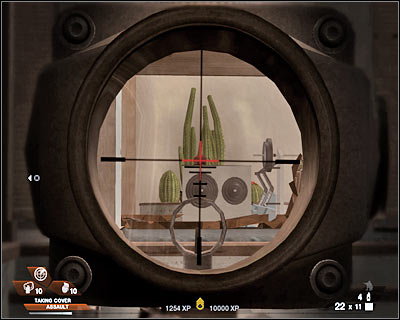 Approach the entrance slowly. Obviously you should be very careful, because some of the terrorists may be hiding here. The next area is being guarded by several guards. You may consider killing them with your rifle (screen) or you can use one of your grenades. Be careful, though. One of the terrorists may be carrying a shield. Proceed to the left building and order your colleague to cut the power by pressing the SPACE key. Wait for new orders. 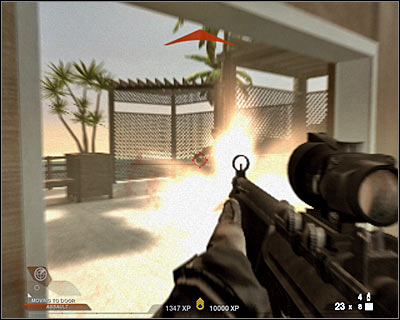 Now you will have to go back towards one of the previous buildings. Start off by entering the gym building. It's extremely important that you neutralize a heavy machine gun post from here (screen). It's located on the first floor of the main building, in front of you. 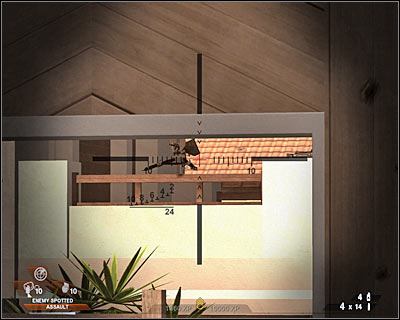 Be careful. Other enemy soldiers may have appeared in the area. At least one of them will use a rope, so it's your chance to score some additional points. Once you've eliminated all hostiles, order your men to follow you and start moving towards the entrance to the hacienda (screen). Now you will have to wait for the game to load that scene. 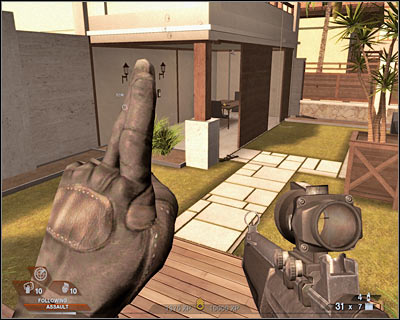