Before your men will be capable of assaulting enemy positions, you will have to eliminate a few terrorists for them. Start off by killing one of the gunners who should be standing here (screen). Now you must use the sniper rifle to neutralize other heavy machine gun posts. I would recommend doing this quickly, so the terrorists won't have a chance to regroup. 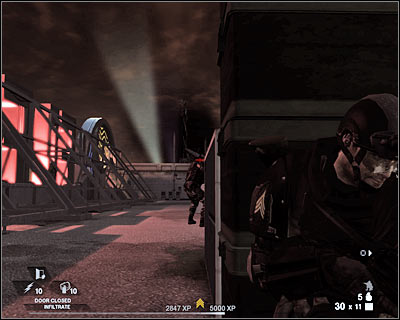 You may finally give the order to proceed with an assault. Help your teammates by staying here. Use your sniper rifle or consider taking control over one of the posts (screen). I would also recommend aiming at some of the nearby explosive barrels. This will also allow you to prevent the terrorists from retaking control over other turrets. 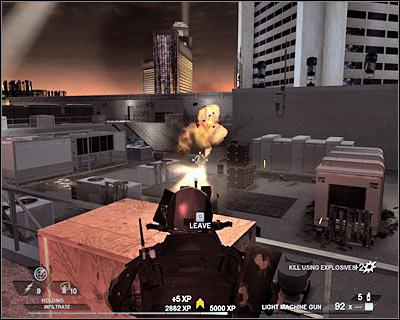 You should notice that new enemy soldiers have arrived in the area. They will appear to your left (screen). Once this occurs, issue an order to move back to the previous corridor. You may consider trying to kill some of these terrorists, however sooner or later you'll also have to retreat. 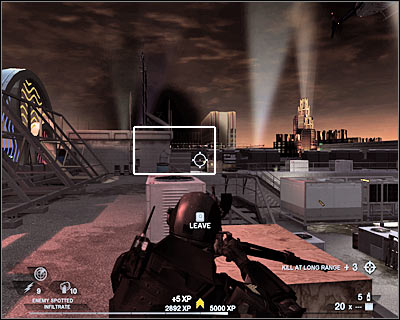 I would recommend that you go back down and use the equipment crates to restock on ammo and other supplies. Proceed to the lower door and try eliminating a few terrorists from there (screen). You should be fine, as long as you're using larger objects for cover. Your teammates should be focused on guarding the stairs, so you won't be surprised by anyone from that direction. 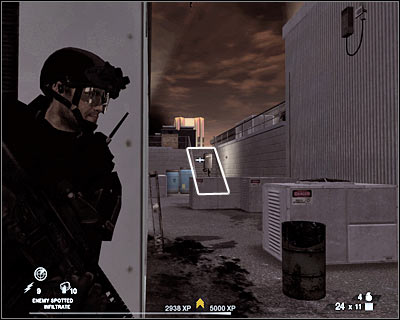 In order to finish up with this mission you'll have to take out all hostile units. Use your tactical map to find the terrorists and watch out for the machine gun posts. Once the battle has ended, proceed towards the landing zone (screen). You'll be acting alone from now on, so you won't have to issue any orders to your teammates. Get on board of a helicopter and wait for it to take off. 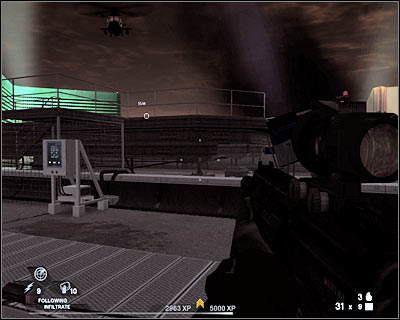