Head on to the right door. You will have to act quickly here, because enemy soldiers will decide to attack the room. The terrorists will probably use smoke grenades to blind you, but thankfully you're using thermal goggles, so you won't have any problems locating them (screen). 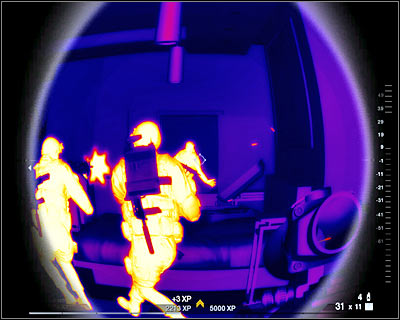 Order your men to head over to the left door. This must be done quickly. You should consider staying inside this room, however observe the right door (screen). Kill anyone who decides to enter this room. Thankfully, it's going to be an easy task. You may turn off your thermal goggles. Join your colleagues near the left door. 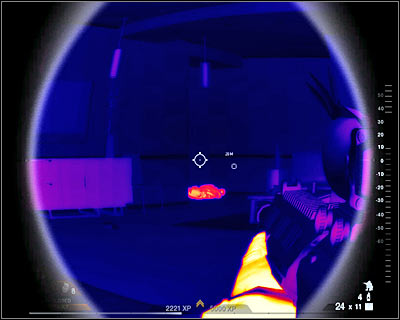 Open the door and enter a new corridor carefully. You should consider hiding somewhere to your left (screen). There are a lot of enemy soldiers at the opposite end of the corridor and you should try killing them from here. Use a sniper rifle or throw a couple of grenades at them. Remember that you can always go back to the equipment crate. Start moving forward. 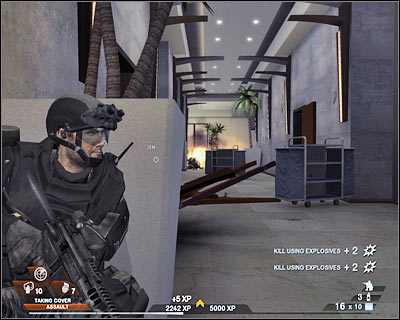 I would recommend that you ignore all available grappel points, because using them would be risky. Instead, head on to a small door which can be found to your right (screen). Once you've reached the staircase, proceed to the lower floor. 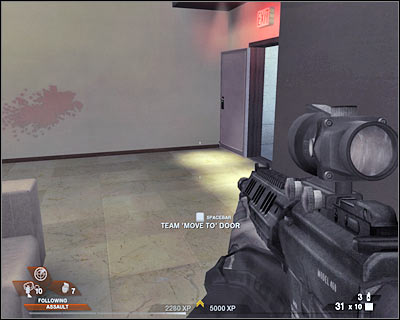 You should be able to find a new door here. You can use a snake camera if you want to. Tag two of the closest terrorists for your colleagues. Even if you don't use the camera, this battle is still going to be quite simple to win. Once you've dealt with the first group, hide near the sofas (screen) and secure a nearby corridor. Go there now along with the rest of your squad. 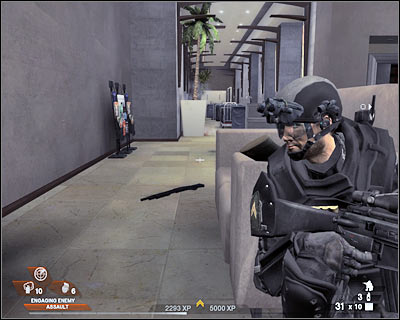 Head on to the opposite end of this corridor. Turn right here and enter a new apartment. You will have to deal with two additional enemy units. The easiest way to get rid of them would be to use an assault rifle (screen), however a well placed grenade will also do the trick. Alternatively, you could ask your teammates for help. Enter the apartment and use an equipment crate. 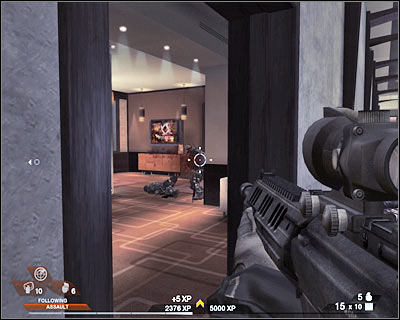 Get closer to the windows. You won't have to kill anyone here. Instead, you'll witness a series of explosions. Once you've regained full control over your main character, proceed to a small balcony and use the ropes to get down to the ground level (screen). 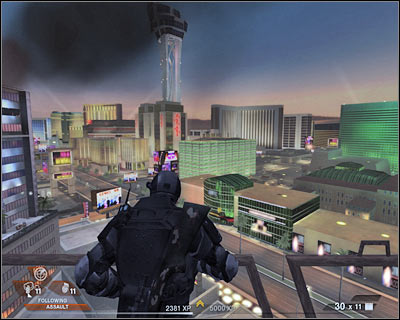