You may start moving forward, however you shouldn't be in a lot of hurry. Be on a look out for additional enemy troops. Your objective will be to reach the stairs. Be careful. A LOT of enemy soldiers will decide to attack you (screen). The easiest way to get rid of them would be to use the grenades while taking cover behind a pillar. 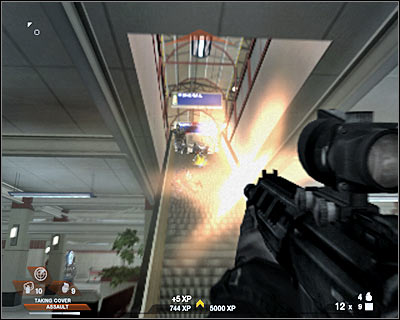 This is going to be the most difficult section of this mission. As instructed, you won't be allowed to use any grenades here, because that could result in damaging the bomb. Order your men to stay behind and use the stairs to move towards the upper platform. One of the terrorists should be standing in front of you (screen). Kill him before he decides to move back. Once he's gone, allow your teammates to use the stairs. 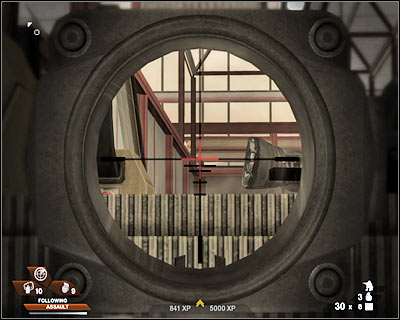 Neutralizing other opponents is going to be more difficult, because they're standing above you. As a result, you won't be allowed to lean out too much, because they would have killed you. Try aiming for their feet (screen). Thankfully, none of them will use a grenade and they should remain near the bomb the entire time. 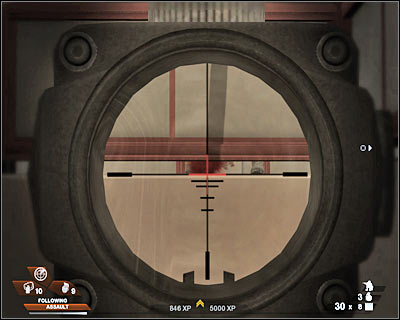 I would recommend using a thermal scan to locate some of the remaining enemy soldiers. This should make your life a lot easier. Once they're gone, proceed towards the main platform and locate the bomb (screen). Target this object and press the SPACE key to issue an order (Disarm Bomb). Your other colleague should automatically proceed to a nearby control panel. 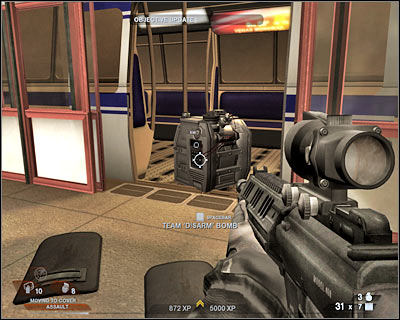 You will have to be ready, because you are going to be attacked by other enemy soldiers. They will use ropes to get to you (screen). You can't rely on your teammates here, so you must get rid of them on your own. Make sure that you've secured this platform, because other soldiers may use the stairs to get here. 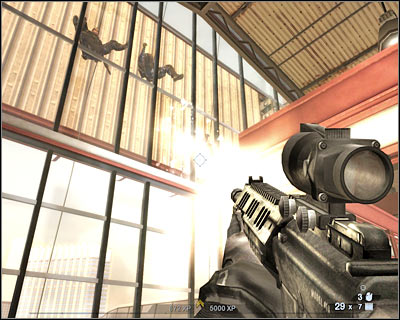 Your colleagues should finish up their work in just a few seconds. Wait for a cool explosion to occur. Exit this building and proceed towards the ropes (screen). Use them to get to the roof of the monorail station. Once this is done, you will only have to get on board of an allied helicopter. 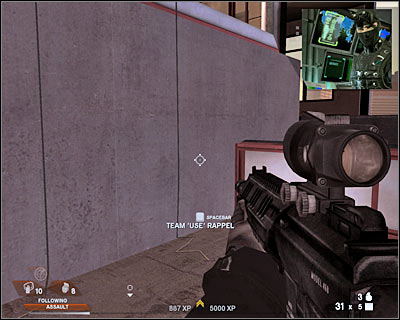