Ordering your men to hide was a very important issue, because there's a passageway nearby and they may have been spotted by other terrorists. Don't go there. Instead, proceed to your right. You will have to reach the first door from my map (screen). Open the door and eliminate the gunner before he sees you and decides to attack your team. 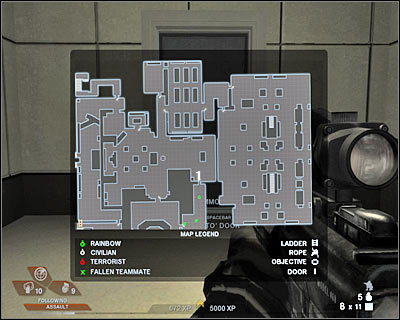 It would be a good idea to use the heavy machine gun post to take out some of the nearby terrorists (screen). It's not necessary, however it may speed up your progress. Either way, you will have to secure this entire room. Order your men to follow you and proceed to your right, because this is the only passageway leading to your current destination. 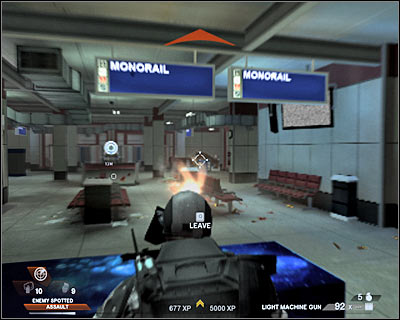 You will come across a single door (screen). Order your men to prepare for an assault. If you decide to use the camera, you'll notice that enemy units have decided to split up. Your objective will be to kill two shielded opponents. 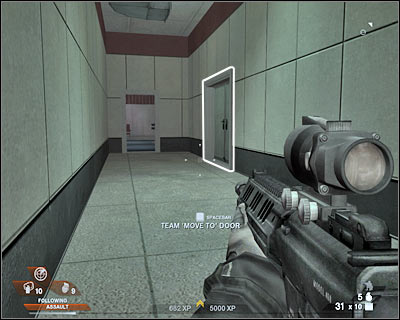 Keep heading forward until you've reached a new room. Enemy soldiers will appear to your right and it would be a good idea to use the grenades before they get too close (screen). Remember that you don't stand a chance in a direct fight, so you must prevent them from entering this room. Your teammates may attack the third opponent in the meantime. Join them. 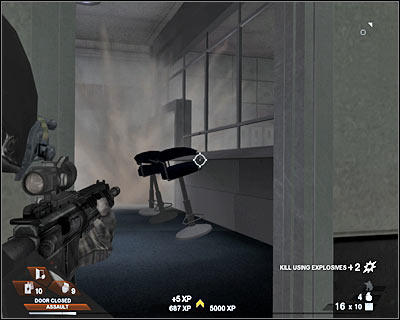 You may proceed to the next area. Once you've reached a small room, you will have to split up. Order your men to stack up next to the first door (screen). You should proceed to the second door. Give the order to proceed with an assault, however it's extremely important your teammates use an explosive device to blow up their door. Doing this will allow them to kill a shielded soldier. 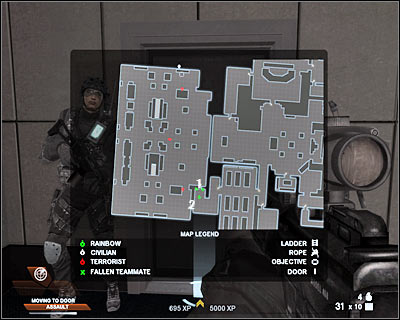 Enter the room using your left door. Start off by killing some of the nearby enemy soldiers. I would recommend that you hide your main character as well as your teammates. Otherwise you could die here quickly. Eliminate enemy units from a larger distance. You will also have to neutralize a heavy machine gun post (screen). 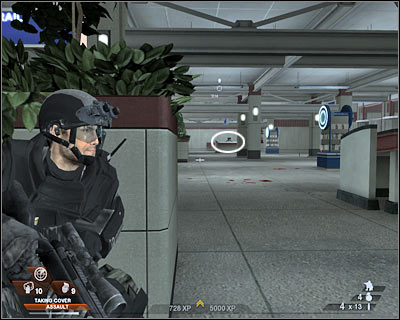