Once the terrorists have been eliminated, consider moving forward again. You probably won't encounter any additional enemy units here, however this doesn't mean you shouldn't be careful. Order your men to stay put and proceed further ahead (screen) alone. 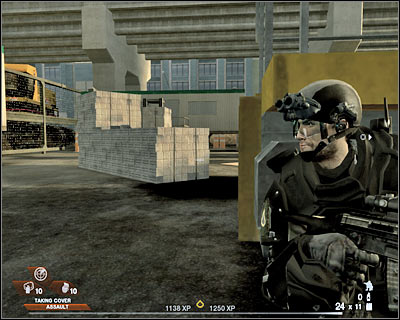 It's very important that the rest of the team stays behind, because this area is being guarded by a sniper. Look at my screen if you want to find out where he is. Make sure you're crouching behind cover. Wait for him to start reloading his weapon and take him out. Once he's gone, order your teammates to get here and start shooting at the remaining enemy troops. 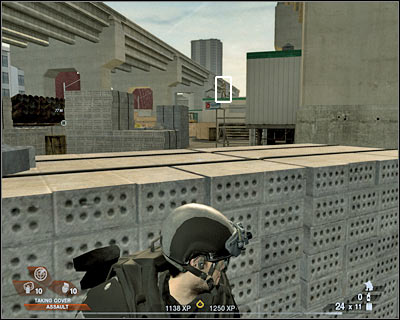 Try moving forward a little. You shouldn't encounter any additional enemy troops for the time being. Instead, you'll witness a huge explosion which is going to take place on the freeway. Head on to your right (screen) and order your teammates to take cover somewhere to the left. More enemy soldiers will show up and it'll be up to you to get rid of them. Use all of your remaining grenades if you have to. 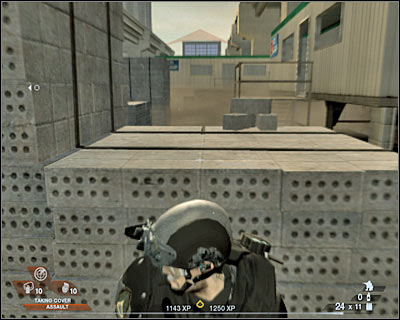 I would recommend using a sniper rifle to take out more distant targets, however you can also rely on the skills of your squad members. Once the enemies have been eliminated, proceed forward. Order your men to take cover behind the trailer (screen). You should proceed to the left. Hide behind some of the nearby wooden crates. 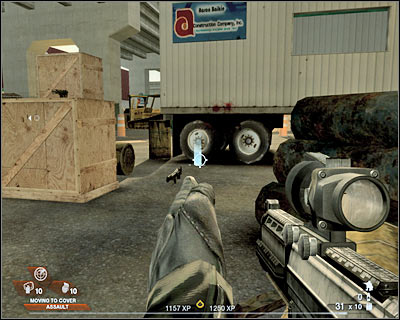 Before you decide to proceed any further, you MUST eliminate a second sniper. I guess you may have some problems finding him, so you should consider taking a closer look at my screen. The sniper is going to be located to your left. Just as before, wait for the right moment to attack him. Once he's gone, start shooting at the remaining terrorists. They will appear in front of you, but thankfully there's going to be a large distance separating you from them. 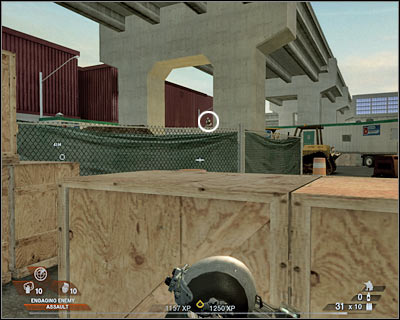 Finally, you will have to deal with a heavy machine gun post which can be found next to a killed sniper. Despite what you might think, it's not going to be a major issue. Start off by finding yourself a good cover. Now you will only have to wait for the gunner to start reloading his weapon (screen). This is your chance to take him out. 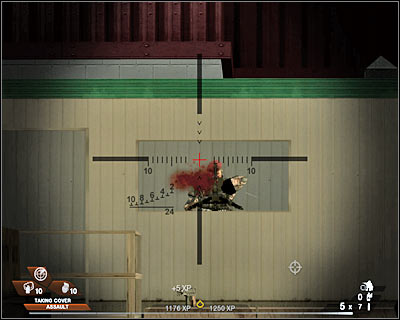 Now you will only have to eliminate some of the remaining enemy units. Once this is done, order your teammates to follow you and start moving forward. You will have to get to a new door (screen). Enter this building. There are some equipment crates to your right, so make sure you've rearmed yourself. Proceed forward and wait for the game to begin loading a new scene. 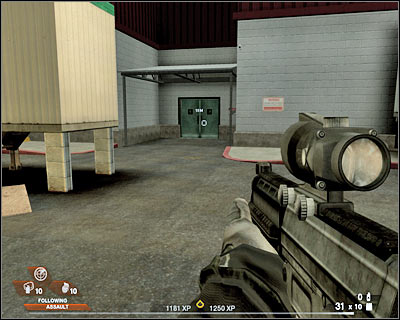