Keep shooting at the remaining enemy soldiers. You may consider leaving your post, however be careful, especially while standing close to the balustrade. You will have to secure a bar which is located beneath a large room (screen). Thankfully, you won't have to worry about any of the terrorists using the stairs to get to you. 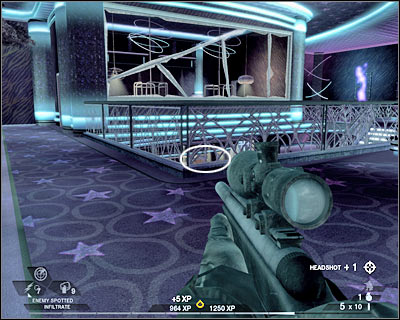 Make sure that the ground floor has been secured. Proceed towards the stairs, however you must be VERY CAREFUL here. A new group of enemy soldiers will appear in front of you (screen). Start firing at them right away and don't stop unless they're all dead. You won't have to look around, because the area is safe and there's only one way out of the nightclub. 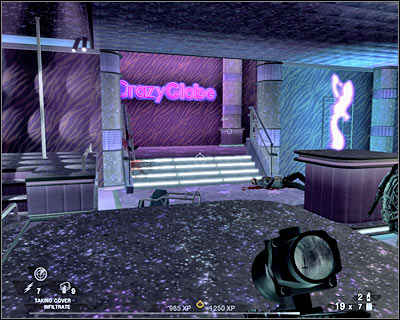 You may proceed towards a new corridor. Send your men to the right and you should go to the left. Take cover behind the wall and start shooting at the enemy soldiers from here (screen). Be careful, though. Some of the terrorists may actually try and get closer. Prevent them from doing that by eliminating them from a safe distance. 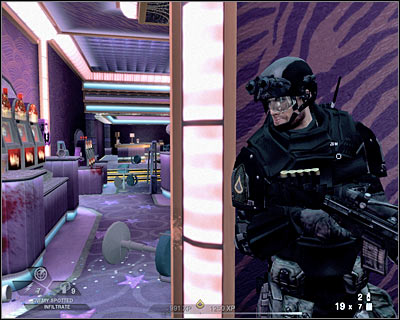 Sadly, you won't be able to secure this entire casino floor from here. As a result, order your squad members to move forward (screen). Once you'll see it's safe, consider joining them (you can also remain in the back while they secure the area). You shouldn't be in a lot of hurry. Use the tactical map, so you'll know for sure you didn't leave any of the terrorists behind. 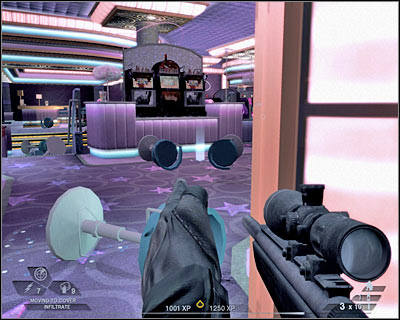 You will have to be moving to your right. There are a lot of slot machines here. Use them for cover if you need to. It's very important that you don't leave anyone behind, so you won't get surprised by the terrorists. Proceed towards the exit (screen). The game should automatically begin loading a new scene. 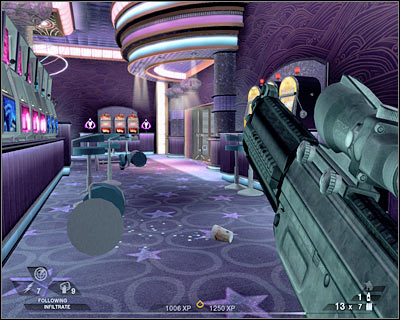