Proceed towards a new large room. I would recommend that you take your time to familiarize yourself with the surroundings, including places which you'll be able to use for cover. Target the bomb (screen) and press the SPACE key. Your leader will issue an order to disarm the bomb. 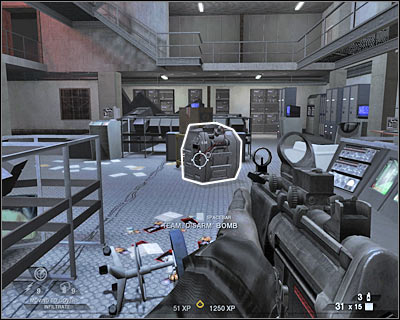 As you've probably noticed, the second team member will automatically find himself a good cover and you should do the same thing. Look at the screen, because that's where you should be hiding. I wouldn't recommend trying to take cover behind the pillars, because you would have been exposed to enemy fire. 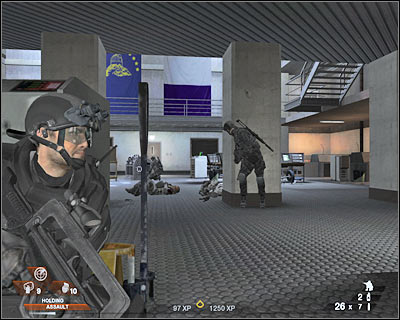 Your teammate is going to be seriously hurt as a result of an ambush, however don't worry, because you won't have to help him in any way. Instead, start shooting at the terrorists. The first soldier can be found to the right of the bomb (screen). 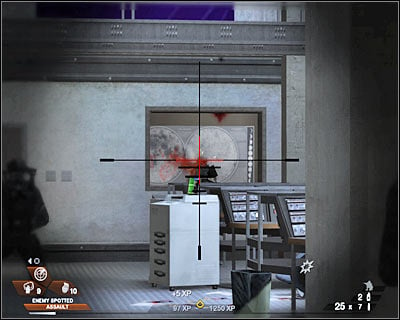 Now you should focus your attention on securing some of the upper balconies. Look at the screen, because that's where most of the terrorists will probably show up. Remember to lean out only for a short period of time, so your main character won't die. Don't worry about your colleagues and don't leave this area, because you're quite safe here. 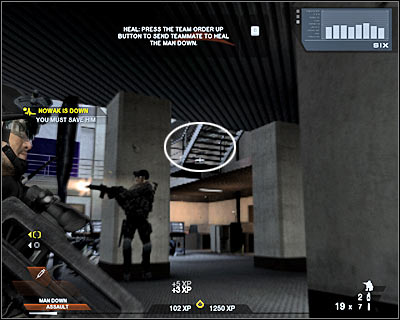 You will have to defend yourself for about 30 seconds. After that, members of an allied team will show up inside this room (screen), so make sure you don't harm them by accident. You may leave your cover, because the mission is going to end in a short while. 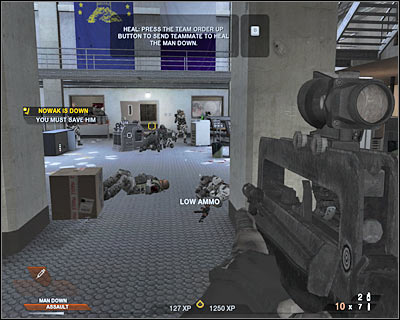