You may proceed to the next section of the map by choosing a corridor located to your left. You shouldn't encounter any additional terrorists along the way. Once again, you'll have to use a rope (screen), however this time you'll be moving upwards. Ignore the allied units, because you won't have to assist them. Once you're on the roof, wait for your team members to join you. 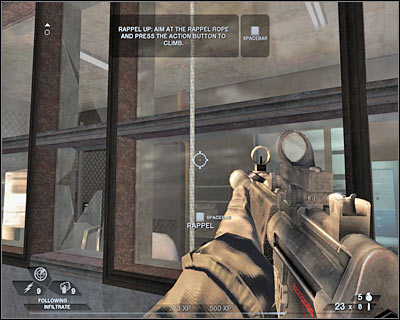 You may start moving forward. Thankfully, you won't encounter any terrorists for the time being. I would recommend that you leave the rest of the team behind for a short while. Approach a new area and take cover behind the right wall (screen). You may do as you're told an practice using smoke grenades, however this is optional. It would be better to kill the terrorists from a larger distance by aiming for their heads. Gather your colleagues and head on to that new location. 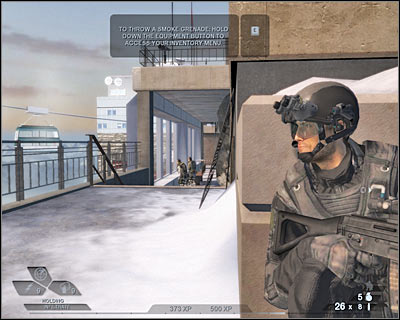 Approach the area where the terrorists were standing. There's a new door to your right and you have to go there now. Use your night goggles if you want to, but you should be able to keep on moving without them. Proceed towards a new door and then head on to the stairs. Obviously you will have to start moving towards the highest floor. Use the SPACE key while facing the door (screen). As a result, you will order one of your colleagues to disarm an explosive device. 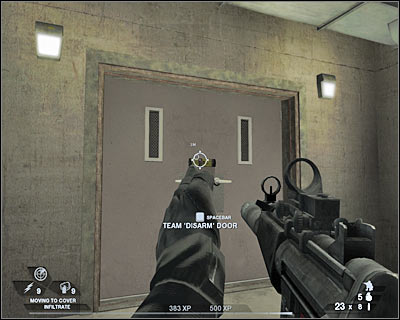 Enter this new room. As you've probably noticed, a new interactive cut-scene is going to take place here. This means you can't use your weapon. You will have to be ready, though. Once the scene has ended, you will be forced to attack enemy units almost immediately. I would recommend that you remain close to one of the pillars (screen), so you'll be safe once you've regained full control over your main character. 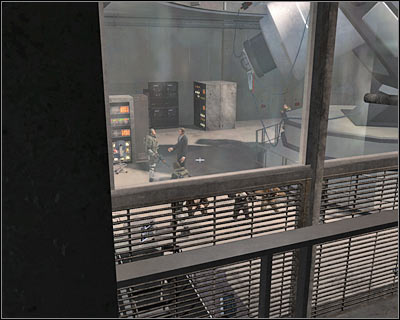 You will have to wait for about 30 seconds. After that, one of your colleagues will begin firing at the terrorists. This means you'll also have to return fire. I'd strongly recommend crouching here. It would be a good idea to try and penetrate the balustrades (screen), because not only you'll be protected, but you'll also receive an additional bonus for killing through cover. 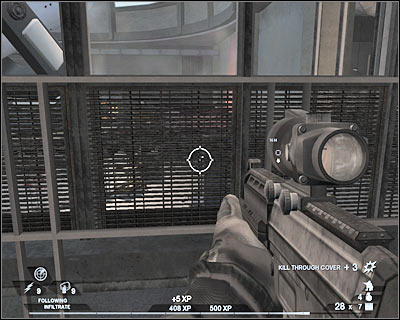 You should notice that the hostages have escaped in the meantime. Watch out, because they'll appear near your position at some point of this battle. Once they're gone, you will be allowed to attack the terrorists more aggressively. Be careful, though. A second group will arrive in this room very soon. The tactics will remain the same, however you may also take cover behind the pillars. I would recommend throwing a couple of grenades at the terrorists. You should also be using your tactical map to locate them without exposing yourself to enemy fire. 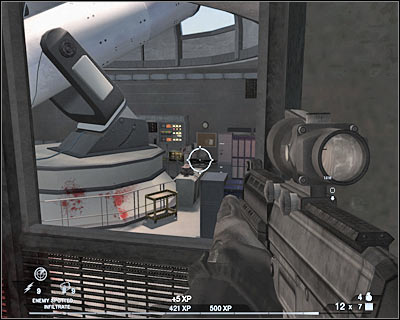 Make sure that you've secured the room. Order your men to follow you and proceed to the stairs. Now you will have to head on to a new corridor (screen). You will come across two equipment crates here. Obviously you should use them to refill on ammo and grenades. You may also choose new weapons and armors for your main character. Head on to your left and you'll be automatically transported to the second scene of this chapter. 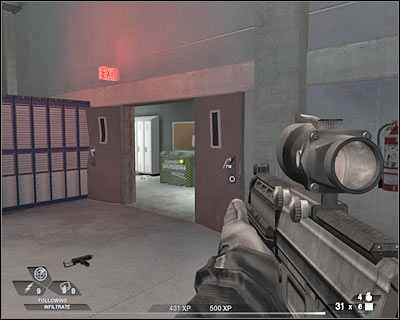