This is going to be a very unusual mission. You'll have to go in alone and the battle is going to be similar to typical bossfights known from many other action games. Proceed to the lower floor and open the door (screen). Ignore the fact that your colleagues will remain here. 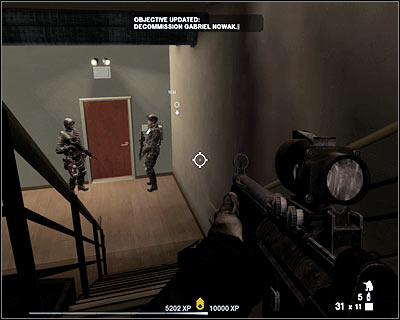 Start moving forward. The traitor is going to be standing to your right (screen). Sadly, you won't be allowed to attack him from here. A huge explosion is going to take place here. As a result, your main character will lose consciousness. Don't worry, because this is all staged. 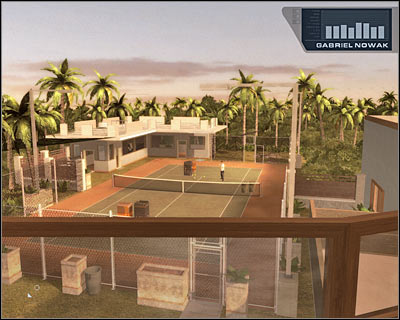 Once you've regained senses, you should notice that an enemy gunship has appeared in the area. Take cover behind the nearest brick wall (screen). This has to be done QUICKLY, so you won't lose any health. Ignore other enemy units for the time being. Instead, listen to a radio conversation, because you'll be told how to deal with the helicopter problem. 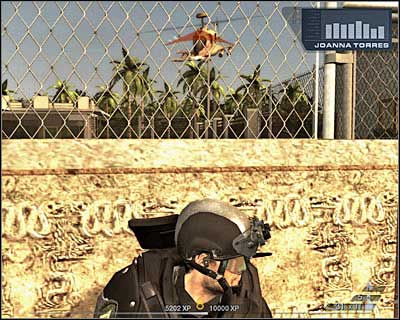 As ordered, you will have to start shooting at the gunship. I wouldn't recommend standing. Instead, try leaning out to the side (screen), so you won't be exposed too much to the attacks. You will have to use up at least two rifle clips before the gunship sends a distress call. Sadly, it's not over yet. In fact, your problems are about to begin. :-) 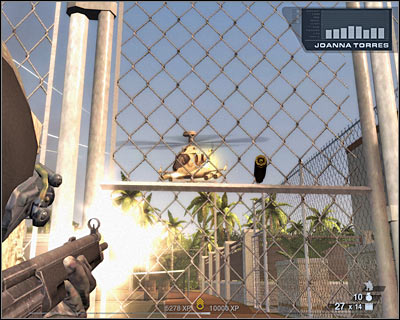 Now you will have to start running to your right, because the gunship will use missiles to attack brick walls. You will probably encounter one of the terrorists here (screen). Kill him before he starts shooting back. 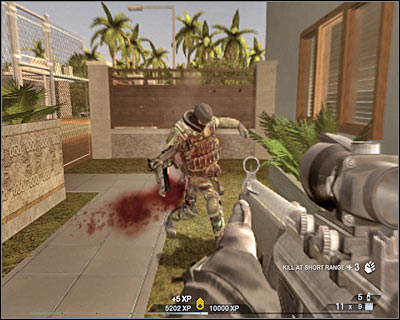 Take cover behind one of the side brick walls. You should act quickly here, because you will be given a few seconds before the helicopter changes its position. Start shooting at the terrorists (screen). Most of them will appear near a small building. Also, neutralize anyone else who decides to arrive in the area. 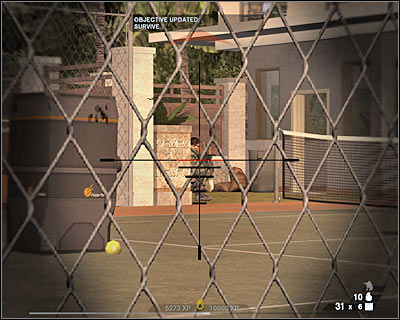