Start off by moving towards a new door. Once again, I'd strongly recommend using a silencer here, even though staying in the shadows isn't a necessary thing to do. If you'll follow my instructions, you should be able to take out most of the guards without having to worry about participating in a direct combat. Leave the building and keep going straight (screen). Obviously you should be crouching here. 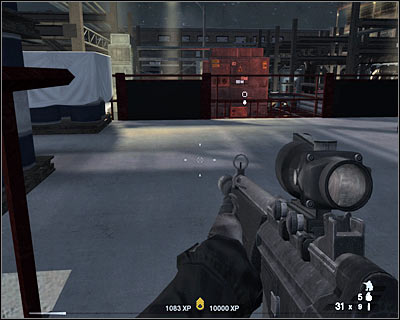 The first opponent should be patrolling the area in front of you. Take him out as soon as possible, especially if he's heading your way (screen). Thankfully, you won't have to worry about his colleague (he's to the right). Now you should go to your left. Use some of the nearby barrels for cover. Wait here for a new terrorist to show up. 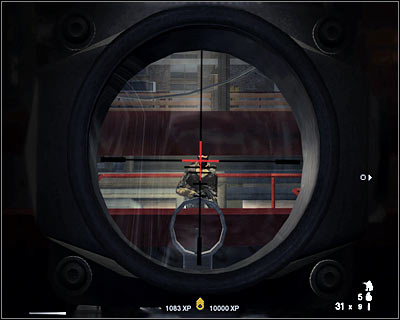 Kill this terrorist and go back to where you've assassinated your first opponent. Take out a new terrorist, however this will only become possible if you've moved a little to the right (screen). You may finally use the stairs to proceed to the ground level. 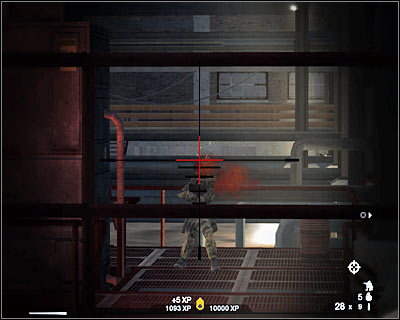 I'm sure that you've noticed the fourth opponent a little while ago, however you weren't able to kill him from an upper balcony. Thankfully, now it's possible. Wait for him to appear in front of you and kill him by putting a bullet in his brain (screen). 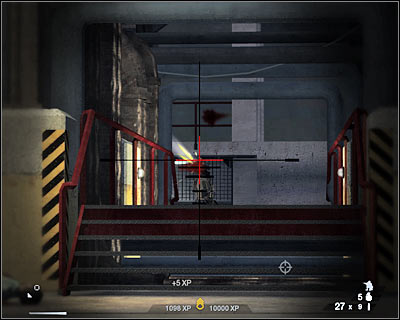 Proceed to that location and turn left. The final fifth opponent is patrolling the area in front of you. I would recommend using a sniper rifle here (screen), especially since there's a large distance separating you from each other. Additionally, you won't have to use a silencer anymore, because you've already eliminated all major targets. 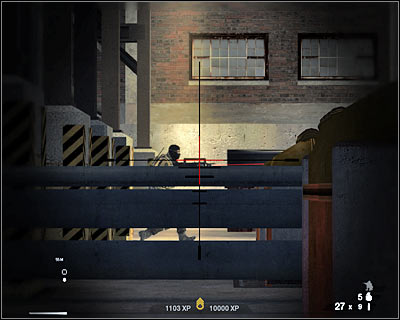