I'd strongly recommend that you attach a silencer to your rifle, because this will allow you to take out several key opponents without making too much noise. Proceed to your right and take cover behind the nearest carriage. You should be able to kill your first target from here (screen). Move to the right while hiding behind the carriage and take out a second terrorist. 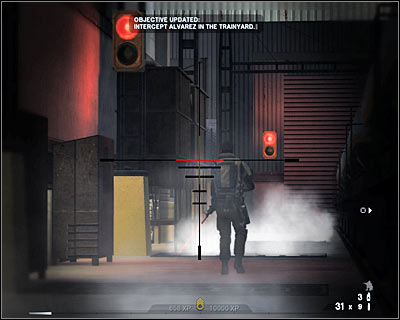 The third terrorist can be found to your right. You might want to think about killing him silently, however don't worry if he sees you. Once he's gone, you should consider moving closer to an upper platform (screen). Going there will allow you to spot other terrorists easier than it would be from the ground level. 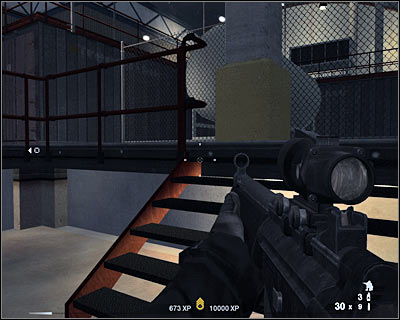 Keep heading forward, however the second you see more terrorists heading your way, go back and hide behind barrels (screen). Choose a sniper rifle from your inventory and try taking out some of the hostiles from a larger distance. Move to the left and deal with the rest of them. Don't worry if you can't eliminate all enemy units from here. 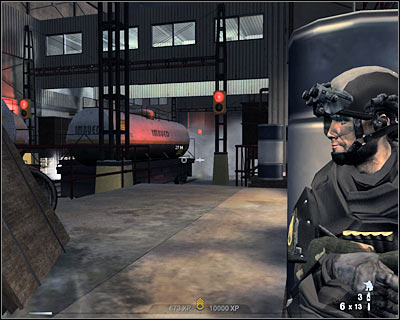 Now you should consider running towards the carriages which are located to your left. Take cover behind one of these objects and move slightly to the left. Kill enemy soldiers from here. If you've been thorough before, you now have only more terrorist on your list. He is currently occupying an entrance to the new building which can be found to your right. Attack him by a surprise or try eliminating him from here. 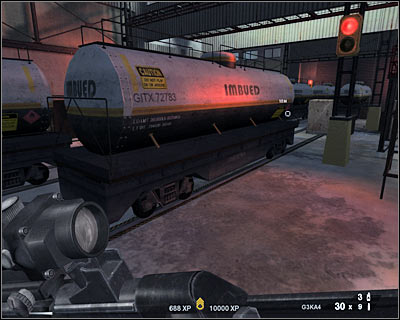 Proceed towards a new building. Obviously you will have to head on towards the stairs. Once you're there, you should turn right. There's a ladder here (screen) and obviously I'd recommend using it. Once you're at the top, proceed to your left and get to a new door. 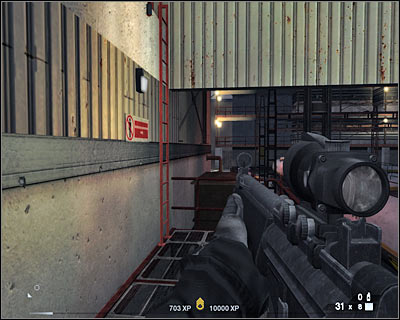 You may enter this new room without making any preparations, because it's not being guarded by anyone. Watch out for two enemy soldiers. They will arrive here shortly. You can wait for them to enter this room or you can kill them while they're moving near the windows (screen). Either way, deal with them swiftly. 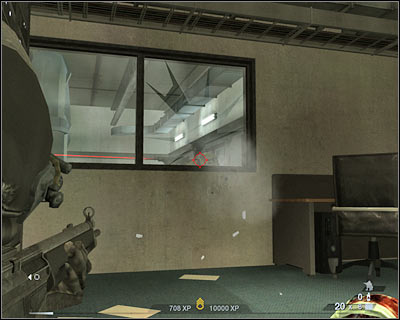