This mission will begin near a large corridor. Before you decide to proceed any further, head on towards equipment crates. Once you've rearmed yourself, approach the left door and tag two enemy soldiers (screen). Order your men to get here. You should proceed to the right door. Once you're ready, give the order to begin an assault. Using a grenade here seems like a good idea. 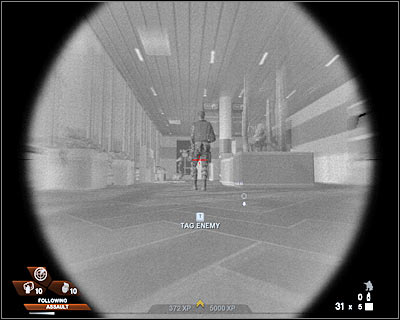 Enter this new corridor along with the rest of your team. Once you've neutralized the first group of enemy units, order your men to find a good cover (screen). You should also consider taking cover behind one of the nearby objects. More enemy soldiers will appear in the distance (to your right). Keep firing at them from here. 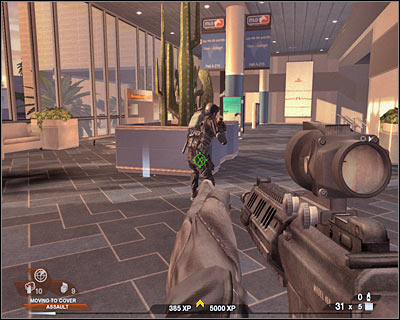 If you're having some difficulties finding a good cover, you should consider sending your teammates ahead, because they'll be able to attack enemy troops on their own. Assist them from the back, however watch out for terrorists and prevent them from surprising you. Once you've eliminated all hostiles, proceed towards a new corridor (screen). 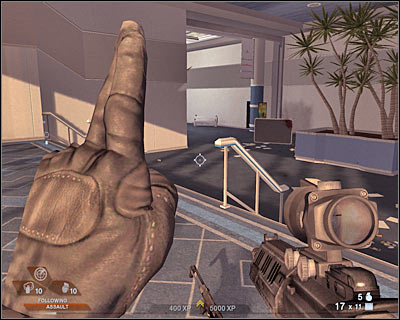 A new group of enemy soldiers will be waiting for you just around the corner, so you should consider taking cover behind the left wall (screen). Start off by eliminating those who are standing closer to your position. Once they're gone, allow your teammates to step into the action. Obviously you should be using your sniper rifle during these fights. 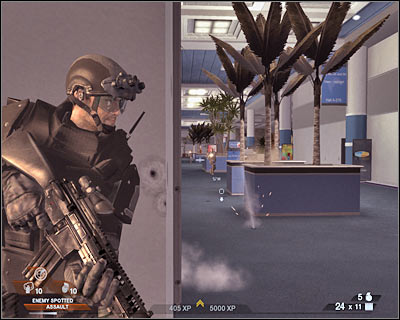 You may start moving forward. Obviously you should be using some of the nearby objects for cover. You'll probably encounter a few additional terrorists along the way. Once they're gone, consider clearing out the lower level from here (screen). It shouldn't be a problem and you'll be able to kill at least 2-3 terrorists. 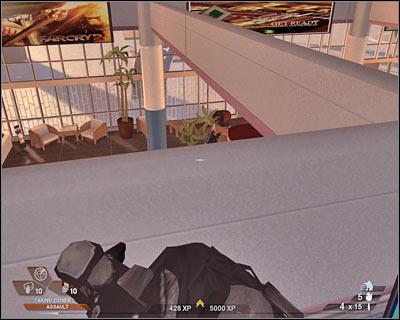 Once you've reached an opposite end of this platform, turn left and approach the stairs. I would recommend that you order your troops to remain here. You should consider going to the ground level, however the second you see someone, go back up and eliminate the terrorists from a safer area. Make sure that you've killed a guy with a shield! 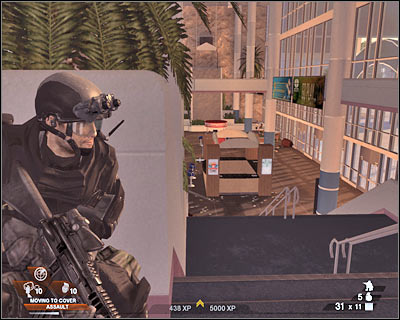