Obviously your first action should be to approach and use nearby equipment crates. Once this is done, proceed towards a new door. You'll end up standing near a staircase. You won't find any grappel points here, so use the stairs to get down to a lower level. Now you must get closer to the right door (screen). Order your men to remain close to this door. Use the camera and wait for the guards to leave. 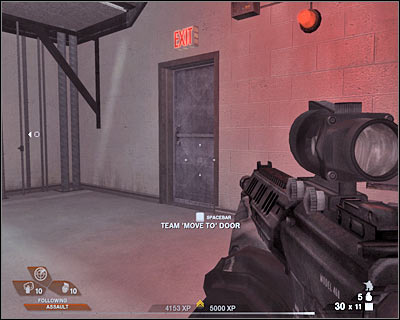 Open the door by yourself and take out a single enemy soldier (screen). DON'T allow your colleagues to exit the building. Instead, head on to the left door. Stand next to the door and open it. It's very important that you aren't standing in front of the door, because you would have been killed almost immediately. 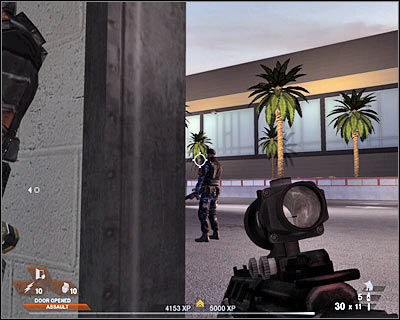 This is going to be a challenging battle. Your top priority is to take out two important targets. Start off by neutralizing a sniper (screen) who should be standing on an upper platform. Once he's gone, take care of the heavy machine gun post by killing the gunner. Also, prevent other soldiers from getting too close to this room. 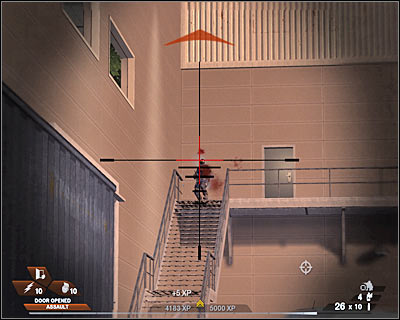 Once you've killed the sniper and the gunner, allow your men to approach this left door (screen). You should go back to the right door. Kill a few terrorists from here and exit the building. Start off by hiding to your left. Scout the area ahead before you decide to move on any further. 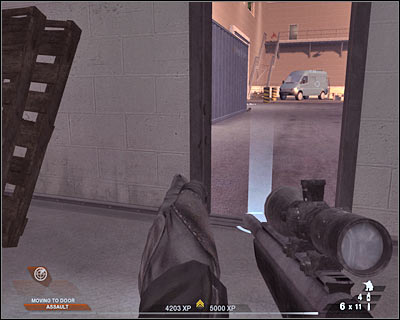 I would recommend that you send your team members towards a large truck (screen). You should be moving somewhere to your right. Eventually you will have to secure this entire area. Use your map to locate remaining enemy troops. 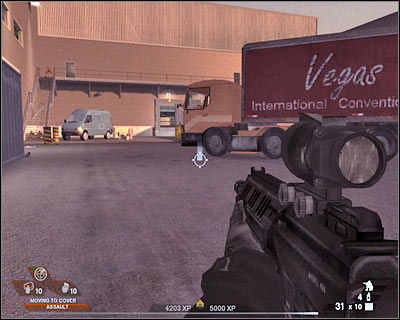 If you want to fulfill your current mission objective, you will have to inspect a parked van. Target the vehicle (screen) and press the SPACE key to issue such an order. I guess you won't be surprised by the fact that your colleagues won't find any bombs inside the van. Listen to a new conversation and proceed to the upper platform (that's where the sniper was hiding). 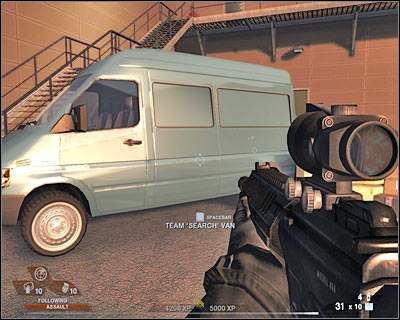 Ignore the hint about the possibility of performing a simultaneous attack from two different directions. I would recommend that you stay with the rest of the team on the first floor. Open the first door to your left enter a small room. Approach a new door and use the camera to scan the area ahead. Tag two soldiers (the second terrorist should be standing to your left). 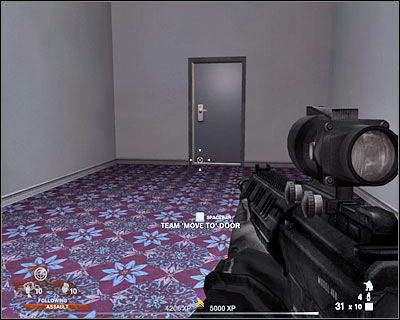