I would recommend that you start this scene by listening to what your superiors have to say. You'll also be presented with the layout of the underground parking lot you're about to explore. Order your men to take cover behind the nearest pillar (screen). I wouldn't recommend sending them further ahead (at least - not yet), because they could get in trouble. 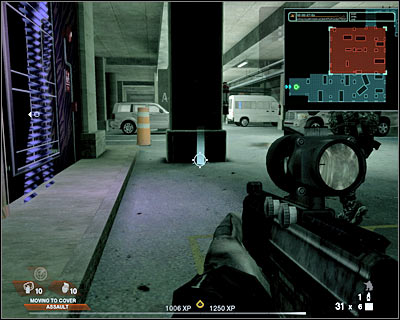 As you've probably suspected, you are going to be attacked by the first group of enemy units once you're close enough to the parked vehicles. Take cover behind the nearest truck (screen) and use a couple of grenades to get rid of the enemy troops. You will have to prevent as many terrorists as possible from finding good cover spots. 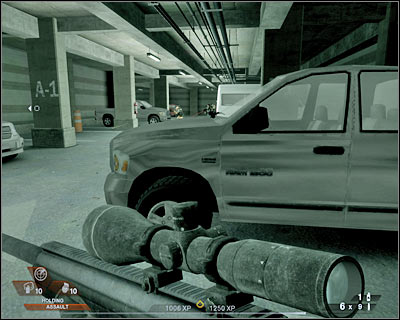 Don't leave this area for at least 15-20 seconds. Instead, focus only on killing enemy soldiers. Most of them should be standing to your left. Expose yourself only for a short period of time, because there's a small distance separating you from each other. Also, watch out for your right flank (screen). Some of the terrorists may actually get closer and you must prevent them from performing a surprise attack. 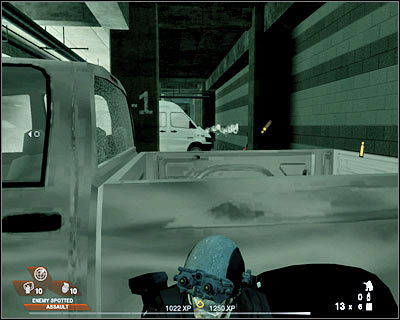 You will have to secure this section of the underground parking lot before moving forward. Order your men to take cover behind a silver vehicle. Use the sniper rifle to scout the area ahead. After that, start moving forward. Try moving from one large object to another one. Use vehicles and pillars for cover (screen). 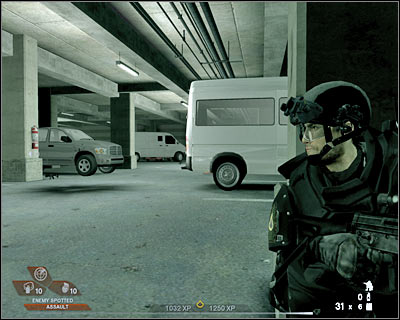 Order your squad members to take cover behind a large white van. It's very important, because they'll be much safer there. Be careful, though. More enemy units are approaching your position (screen). Kill the terrorists before they manage to surprise you. Make sure you're using your map to locate them faster. 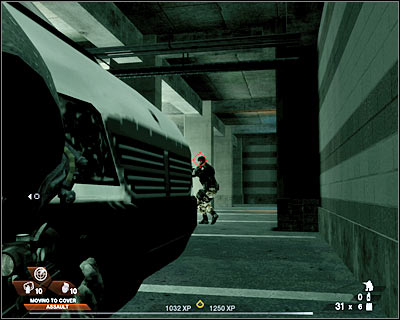 This is going to be the most difficult section, so you must be careful. I would recommend sending your men to a nearby pick-up truck (screen). You should proceed to a second white van (the one with the headlights turned on). Don't hide behind the car. Instead, choose one of nearby pillars. 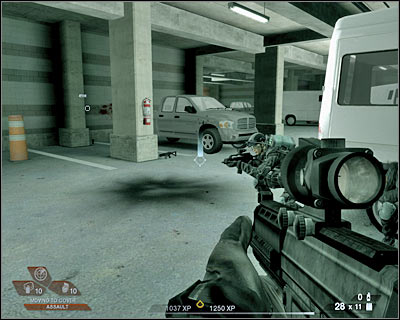 You will have to try and take out a few enemy units from here (screen). If you find yourself stuck under heavy fire, you should consider retreating to the first white van. Either way, you will have to secure this area. Make sure that you're using your tactical map all the time, because enemy soldiers will be moving constantly. Prevent them from getting too close. 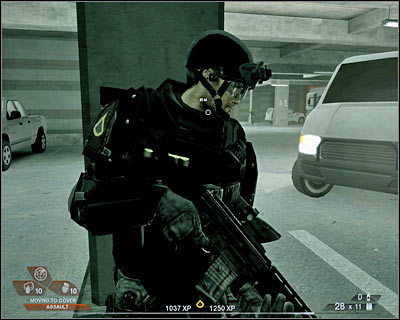