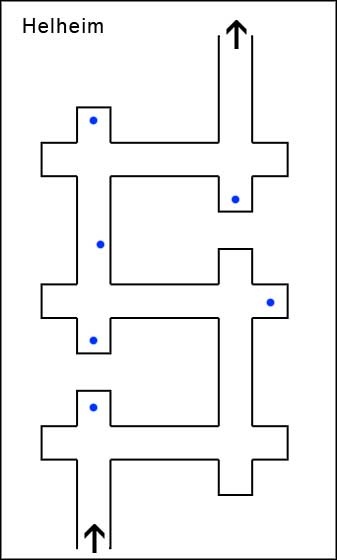 [179] On the left of the entrance to the corridor leading to the last room.

[Relic] After entering the room, just behind the door, turn right and the first symbol on this side.

The second symbol is situated in the place where you took [175]. The third symbol is on the column where the treasure [178] is located (under it).