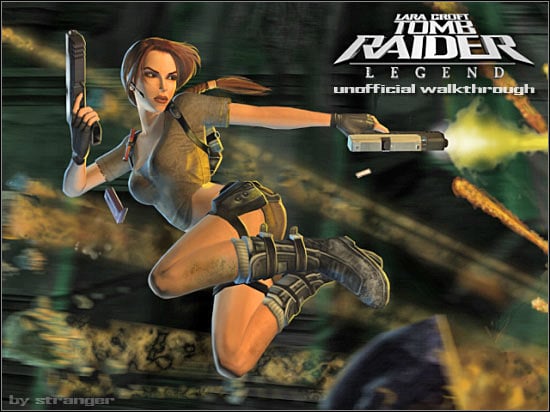 Welcome to the unofficial guide to "Tomb Raider: Legend". This guide consists of a detailed walkthrough of the singleplayer campaign of the game. You should know that "Tomb Raider: Legend" isn't a long game, although the levels are quite challenging and will take even up to an hour to finish. There are seven main missions. An eighth level is a rather simple boss fight, so I've decided to not add it up to the rest. Those of you who have been playing previous "Tomb Raider" games should be familiar with some of the features of the new game. The controls are very similar, although there are some cool new moves. All of these actions have been explained in the walkthrough section of this guide. You should also take notice at the helpful hints. They will appear on your screen from time to time.

As for the guide itself, I've tried to concentrate most of my efforts on explaining new types of actions. As a result, walkthroughs of the first few levels are by far more detailed than the rest. I've also explained all of the puzzles. Some of them are rather challenging, although you shouldn't have any major problems with them. Nevertheless, you will find all answers here. I would also like to say that "Tomb Raider: Legend" is a very linear game. In most cases, there's only one path leading to your destination, so you can't get lost. You can have some problems, on the other hand, with some of the jumps. They can and will be very challenging. I would recommend that you pick a Normal difficulty level, though. The opponents in this game are... dumb. Furthermore, Lara usually kills them very quickly. Difficulty level won't modify any of the puzzles. It's only got influence on the fights.

I would also recommend that you take a closer look at the key bindings before you proceed to the main campaign. You can adjust some of the actions. Not all of the default keys were placed in comfortable spots. One of these actions is the flashlight button. I would recommend that you use the ALT key, because you will have to activate the flashlight quite frequently. The another important aspect of the game is an auto-aim feature. You could turn it off, but I wouldn't recommend that. Auto aiming really helps in most of the fights. Well... that's it. Have fun and don't let Lara die too often! :-)