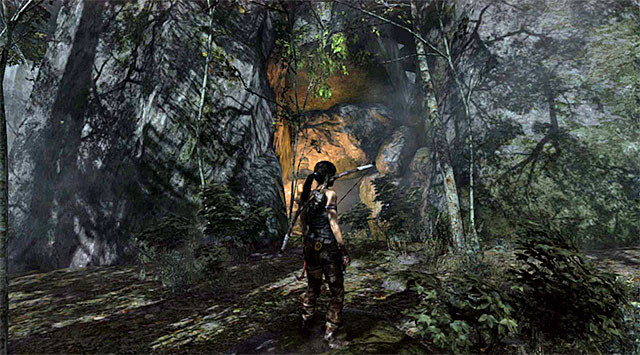 Note: You can explore the tomb while passing through the main area of the forest. The entrance is located in the north-east, near the wooden bridge and the hunting lodge. 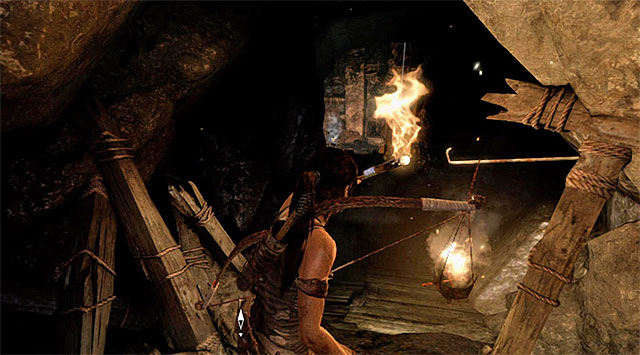 Light your torch and follow the linear corridors. It shouldn't take long before you reach the main chamber; similarly to other tombs, there's a also base camp to use. 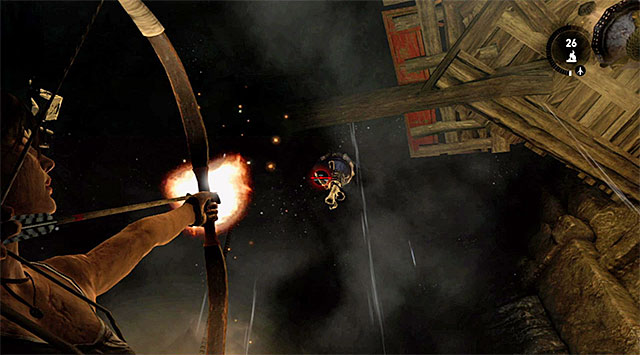 The tomb is almost pitch black and although you could theoretically use Survival Instincts to move around, it's best to light at least a few lamps with fire arrows. 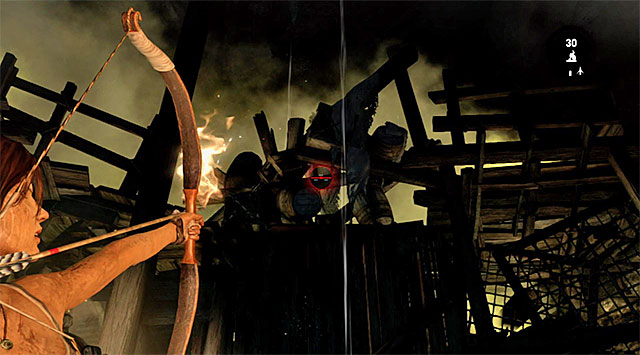 Face the barricade on the left. You're going to need to destroy it, which can be done either by aiming directly at it (with fire arrows, obviously), or at the lamp to the left (it's only important that flames arise where the gas leaks). 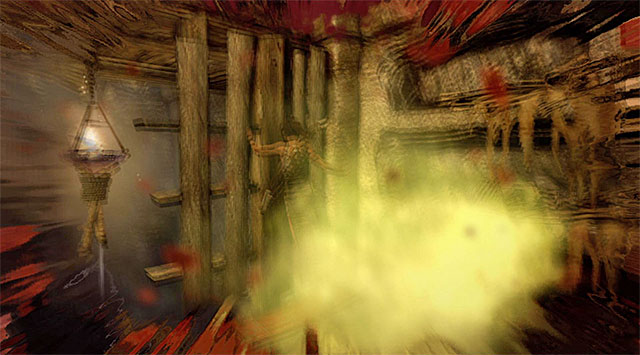 After the explosion, pull up the newly unlocked ledge. Given that the area is filled with poisonous gas, you need to act quickly in order to avoid receiving critical damage. Turn left twice and leap up to the higher ledge. 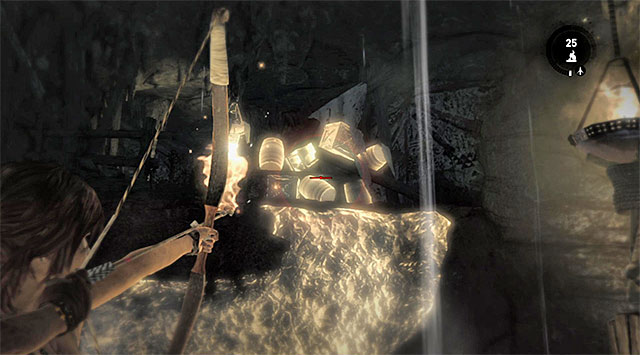 Stand in front of the new barricade. The mechanism works the same way, so shoot a fire arrow to make way. 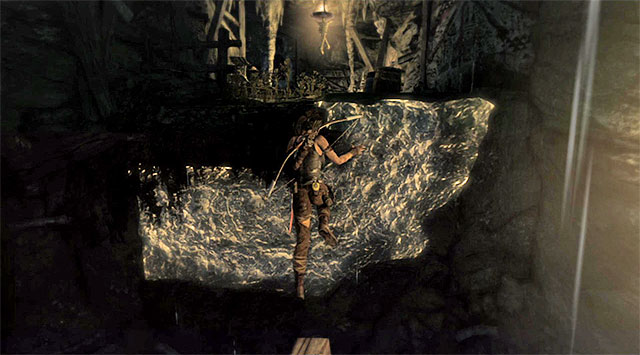 After the second barricade falls, run over the horizontal beam and leap over to the interactive wall, using the climbing axe when necessary (hold the action button). 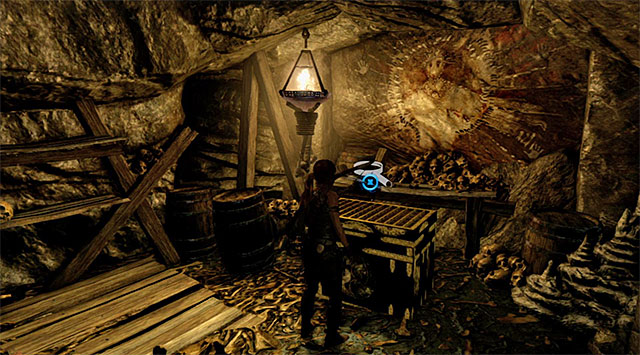 Finally, enter the treasure chest room. The chest holds 250 Salvage points and a map of Relics and Documents (reward: 1250 XP).