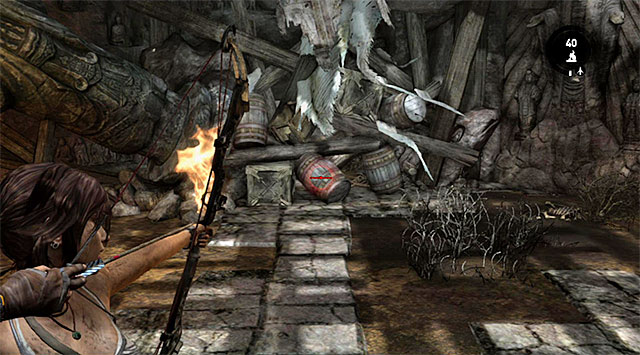 Move ahead and turn left after few moments. It would be best to ignore enemies visible in a distance, because they will soon leave this place and won't return. Move to the chamber previously occupied by enemies and use the fire arrow to destroy the nearby barricade and unlock the further way. 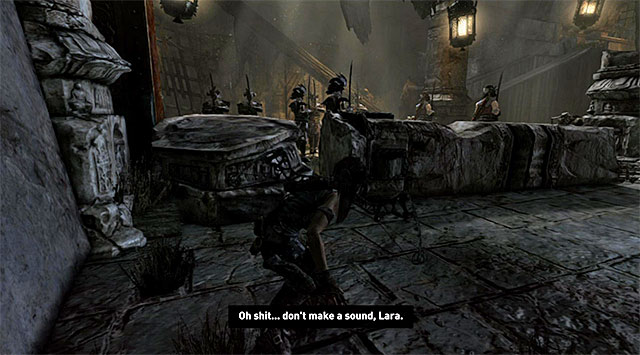 Go through the narrow tunnel, reaching the large hall with marching guards. According to the Lara's suggestion, do not try to attack ancient warriors but quickly take cover. Slowly move right, staying hidden. 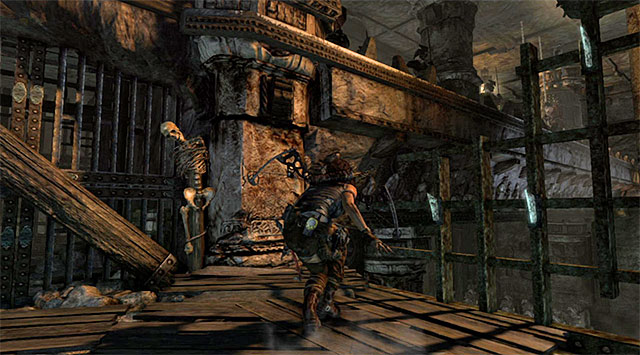 After reaching the upper balcony, turn left and walk over the wooden beam. Then head towards the upper edge shown on the screen and catch it. 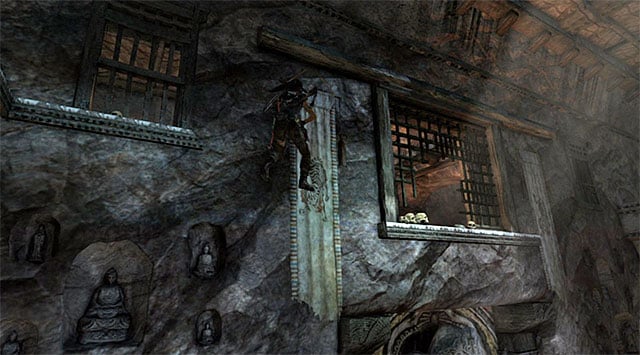 Move right over the edge. After reaching its end jump to the right, so Lara could reach the larger hole in the wall. 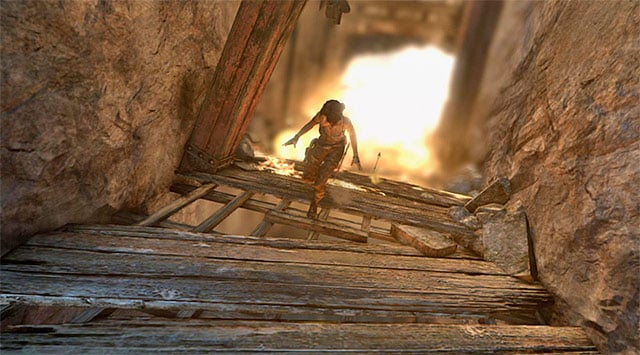 After regaining control over Lara you have to run towards your display, so keep your analog down (or hold the down movement key). Bit further a new slide awaits you, but the wall itself has no additional difficulties (reward: 100 XP). 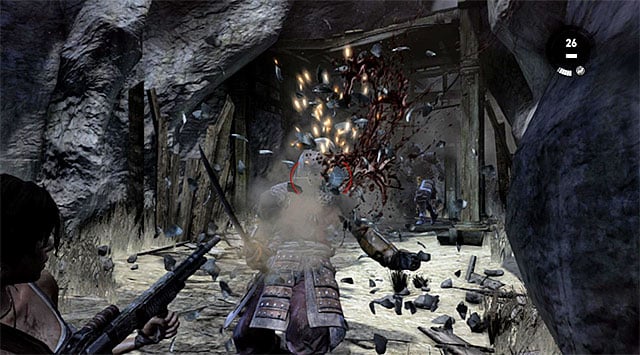 Go east. In few moments a first direct encounter with guards awaits you. I wouldn't recommend eliminating ancient guards in close combat, because they are using katana and can perform strong attacks. Instead, it is best to keep them on a small distance and use the shotgun or the rifle, aiming at their heads (screen). 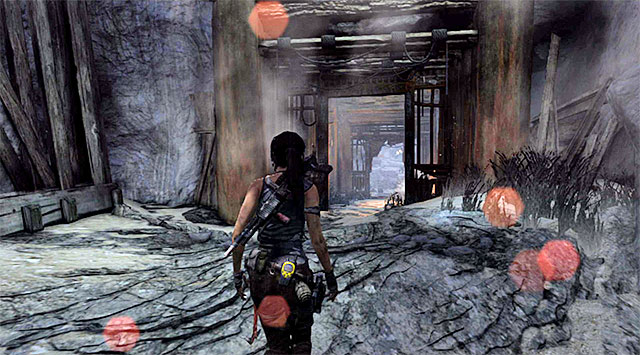 After eliminating the first group of guards, resume the march and remember to keep looking around for ammo crates, because in few minutes these supplies will be very useful. The main heroine will find a new camp along her way (Sheltered Hallway) and it would be worth to stop there, because it is connected with unlocking the ninth of Lara's journals among other things. 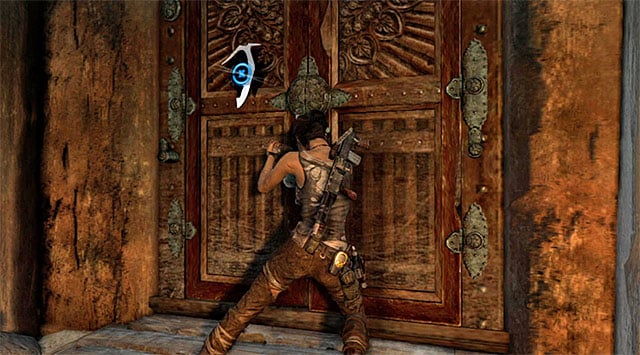 Resume the march, heading south-east. After getting to the locked door, use the axe in a well-known way. Go outside where you'll receive new objectives (reward: 100 XP).