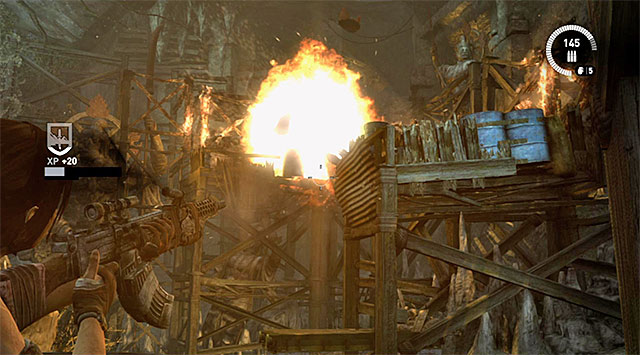 It is best to start the fight with shooting the explosive barrels shown on the screen. Also make sure that you're behind a cover. 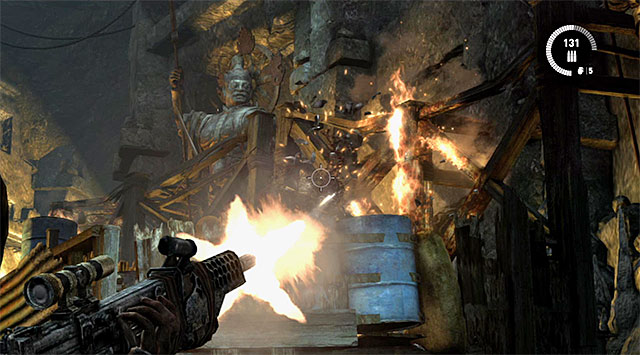 After start of the actual fight, I recommend using the assault rifle, because your opponents will be coming in "hordes". Try to keep enemies on distance, even if you can kill then in close combat. There are ammo storages in the area, so you shouldn't worry too much about running out of ammo. 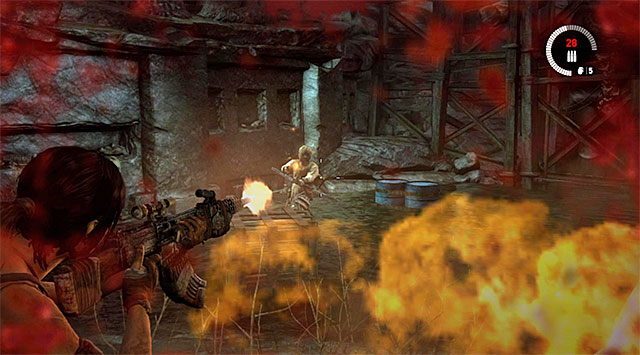 Many opponents will, of course, use explosive and fire arrows, so change covers if necessary, positioning yourself alternately at barrels and stairs. Watch out for at least one enemy who can surprise you from the left (screen) and quickly get rid of him. Fight until you eliminate all bandits. 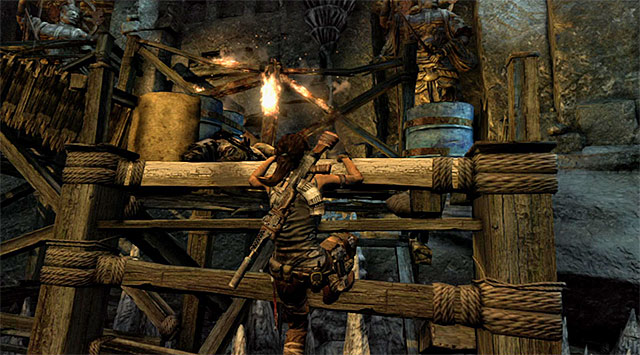 Collect ammo and examine bodies of defeated enemies. After that, get to the balcony at the place shown on the above screen. Turn left and then right, thus leaving this place. 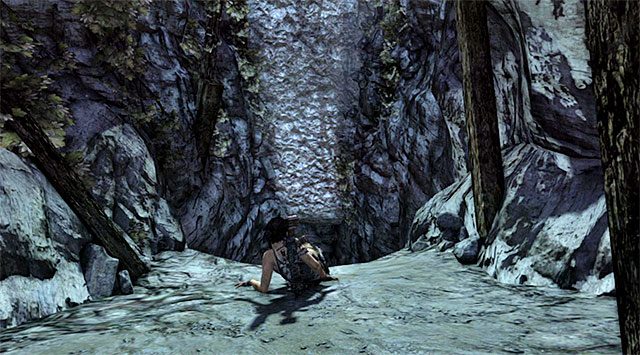 The main heroine will start a new slide soon. Be ready to press jump key/button once Lara approaches the edge. But that is not all because in addition you have to press interaction key/button, so she can take the climbing axe from the inventory and stick to the wall. Now you can safely finish the climbing. 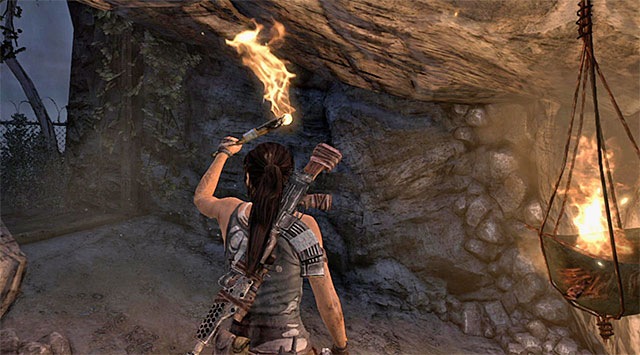