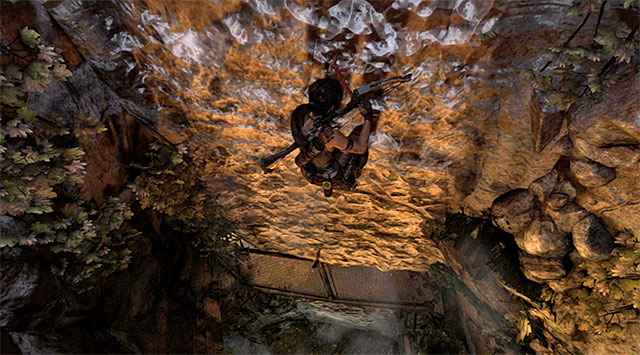 Start exploring Research Base location with jumping to the interactive wall with usage of the climbing axe. Now head down and when you reach the end of the wall, let it go to land in water. You can keep moving and as always it would be good to look around along your way, because there are many new secrets to be found in this place. 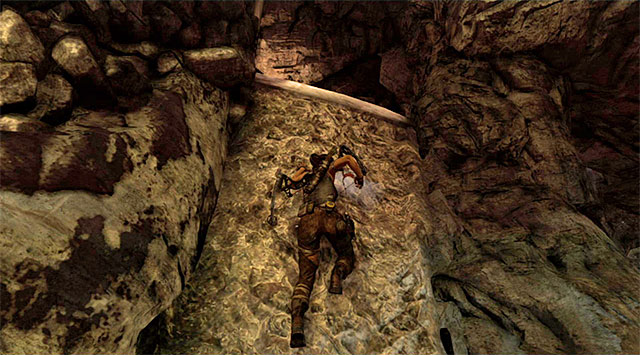 Start crossing partially flooded corridor, reaching a new interactive wall after few moments. Jump towards it and use the climbing axe to get to the higher level. Locate a crack here, through which Lara can continue her march. 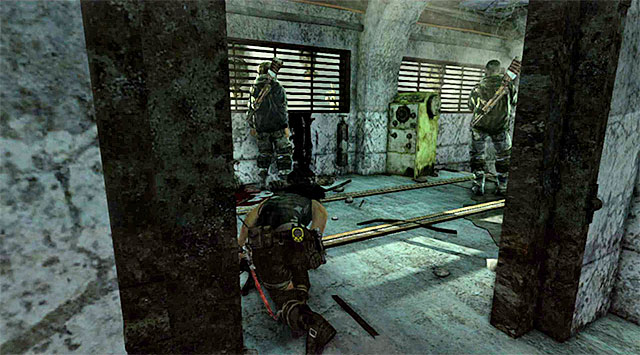 Jump down, getting to the research lab. Be careful, because there are two bandits in an adjacent room. It would be good to attack them by surprise so they won't have time to react to your presence here. 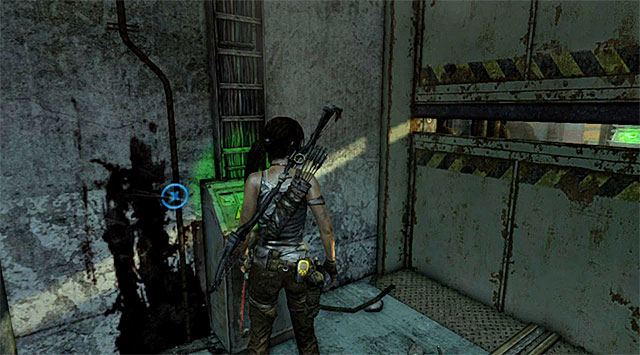 Jump down to the partially flooded corridor. Move ahead and climb up a new ledge after a while. Bit further you'll come across the control console and you have to interact with it, thus unlocking an access to the staircase. There is a new puzzle to be solved here - you have to unlock an access to the first level of the research facility (you start on the second floor and there are also third and fourth ones). 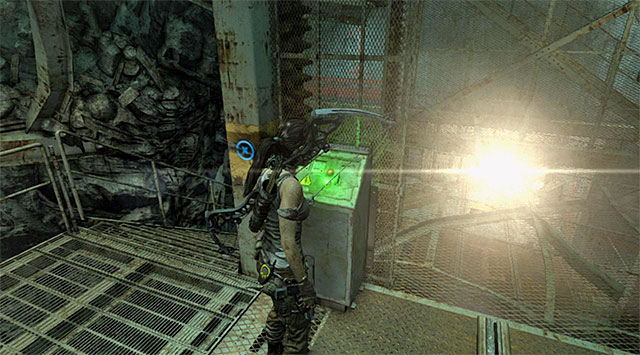 Stay on the second level and interact with a new terminal in order to call an elevator here. Listen carefully to Lara's comment. The solution to the problem with elevator "jamming" is to destroy all four mechanisms which control elevator's movement, so it will fall down and unlock the access to the first floor. 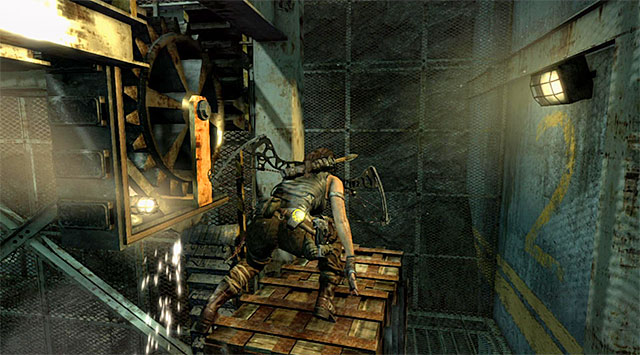 Turn right and climb the nearby crate. Now use the axe to destroy the first of four mechanisms (rhythmically press the interaction key/button). 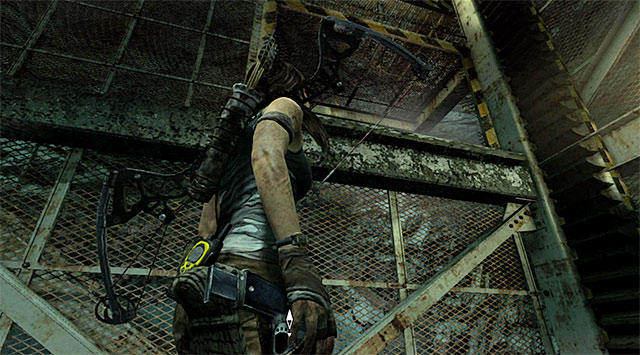 Enter the elevator and locate a hole shown on the screen - jump towards it in order to get to the staircase. Take this opportunity to return to the blocked door on the second floor and open it using the axe (it wasn't possible on the other side), so from now on you can freely move on the entire staircase (of course with the exception of the first floor). 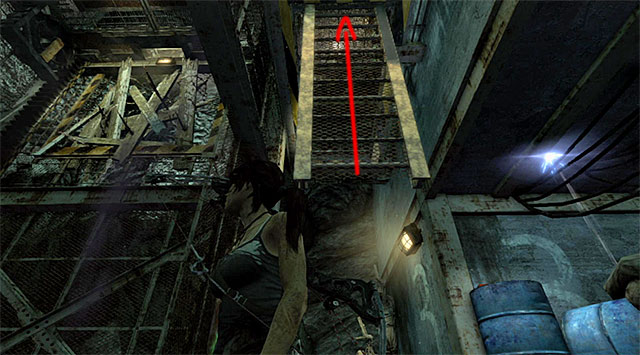 Now go to the top fourth floor (jump at the destroyed fragment of the staircase) and call the elevator. Now return to the third floor and locate a ladder shown on the screen - catch it climb it up to the top. 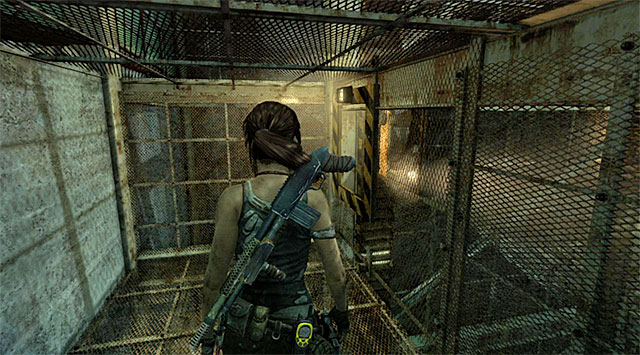 Once you find yourself in very narrow passage, approach the second of four mechanisms and use the axe on it, same as previously. 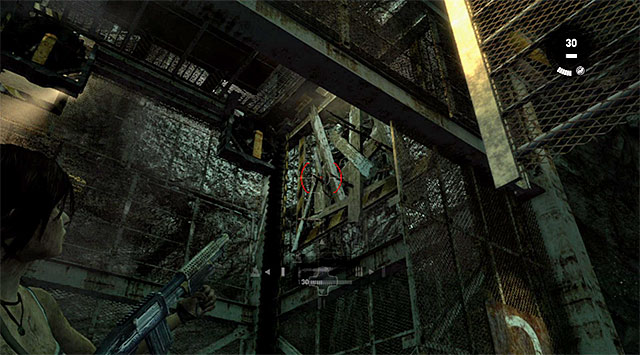 Go down, returning to place where you previously were catching the ladder. Now turn to the elevator shaft and use shotgun to destroy the left barricade shown on the screen. 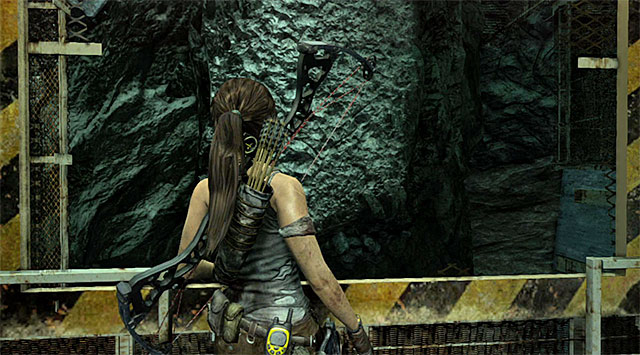 Call the elevator to the third floor and wait for it. Now go again to the fourth floor. Call the elevator and DO NOT WAIT for it, but instead jump into the shaft in order to land on the elevator. Wait until the elevator gets close to the recently destroyed barricade (screen) and jump towards the interactive wall in front of you, catching it with the axe. 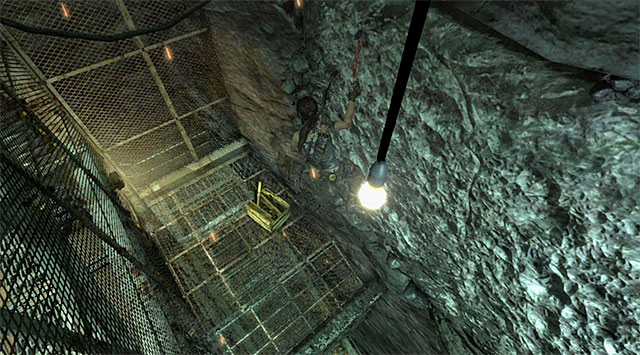 Move to the left and jump towards a new wall after a while. Eventually you have to get to the small balcony shown on the screen. After landing on it, approach the third of four mechanisms and use axe to destroy it. 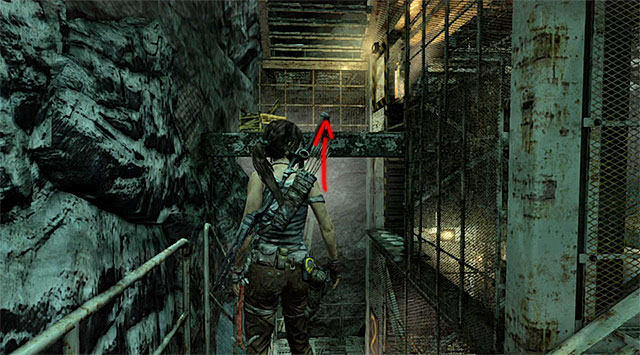 Now jump down to the staircase, go to the third floor and call the elevator. Head to the second floor, but stop at the half of way when you notice a balcony shown on the screen. 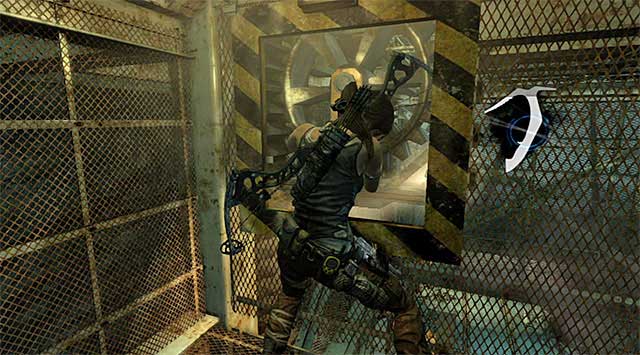 Jump to the mentioned balcony. Now you can sabotage last fourth mechanism, so the elevator will fall down, thus unlocking the passage to the first floor (reward: 100 XP). 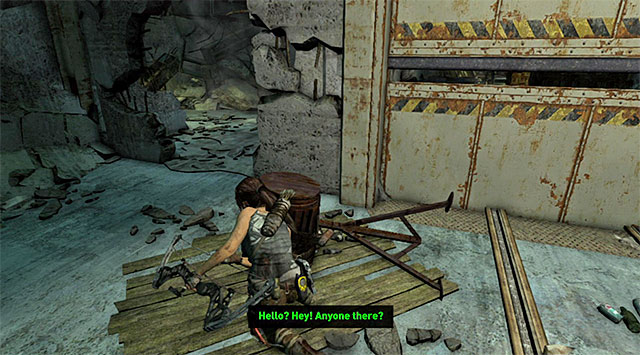 Return to the second floor and then jump into elevator shaft, so you'll finally get to the first floor. Choose here a corridor leading west, passing through the hole in the wall. 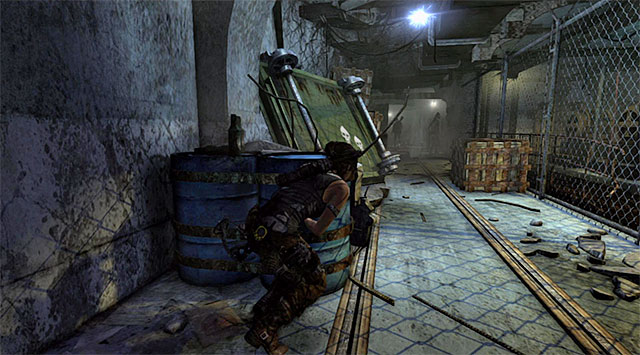 Carefully approach the corridor occupied by two bandits. I recommend waiting until opponents turn back to Lara and then start actions, attacking them by surprise. 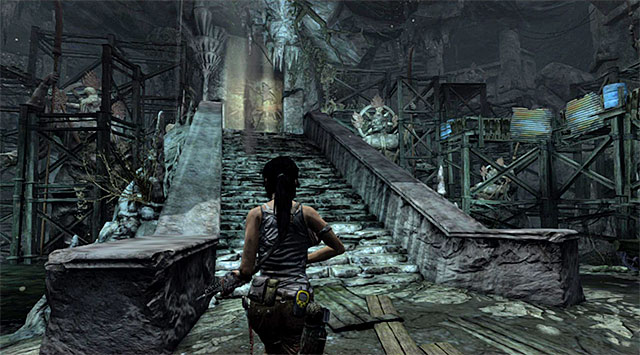 After securing the area, keep moving west, following the very linear path and reaching the tomb after a while. Go up the stairs and watch the cut-scene. After that try to exit the chamber, thus starting a new battle (reward: 100 XP).