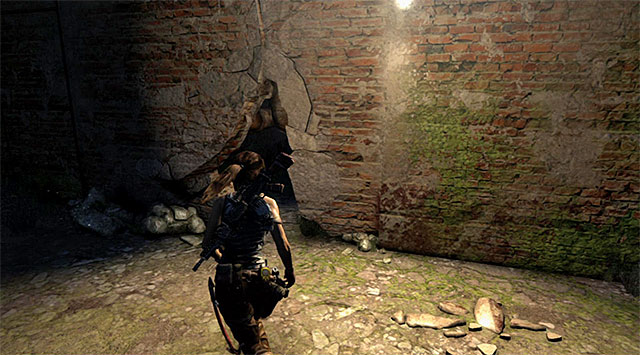 Approach the exit door in the room where Lara has found the last Document and use the climbing axe to open the way (rapidly tap the action button). Once she's back in the main bunker room, drop down and head for the beach, which is through the hole in the south-western wall and a short tunnel. 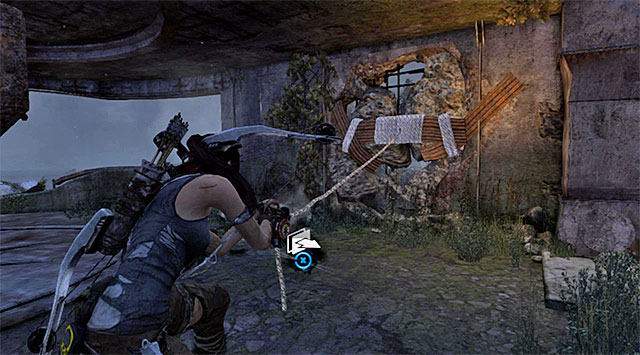 When she finds herself back in the first room, turn right and pull out the door pictured above using a rope arrow. 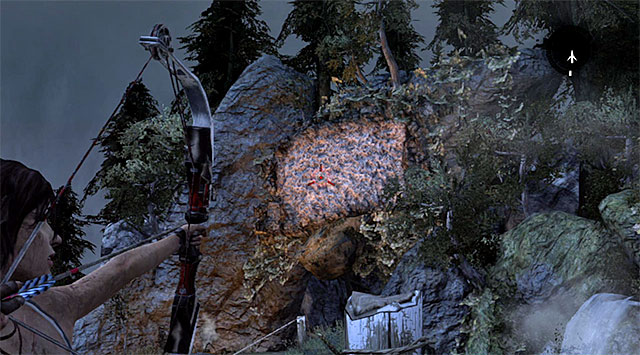 Turn right to reach a rock ledge. Shot a rope arrow at the indicated interactive wall to create a rope bridge, the use the rope ascender to proceed further (hold the action button). Let go of the rope when you reach the end, and you'll land near the previously discovered Bunker Vista base camp. Go down the nearby tunnel to return to Shipwreck Beach. 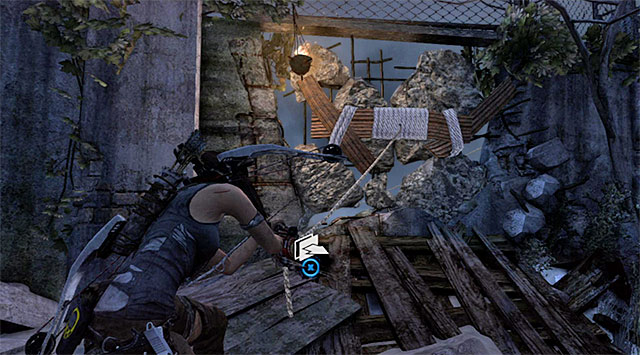 You'll have to use a rope arrow and the rope ascender again, this time to destroy the barricade on the left in order to unlock access to another rope bridge. 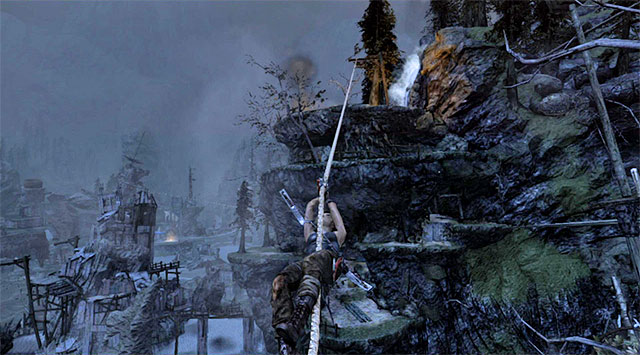 Grab onto the rope and ascend again (hold the action button). You're getting close to a group of guards, so be cautious. Slow down when you're nearing the end of the rope, and wait until the closest enemy turns his back towards you. 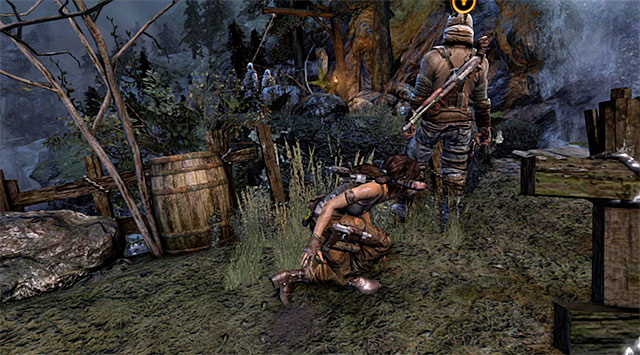 Let go of the rope and approach the enemy carefully in order to perform a stealth kill. This will probably alarm the two remaining guards, so dispatch them quickly, taking cover if needed. When the fighting is over, consider exploring the rest of the area, as well as resting at The Grotto base camp nearby. 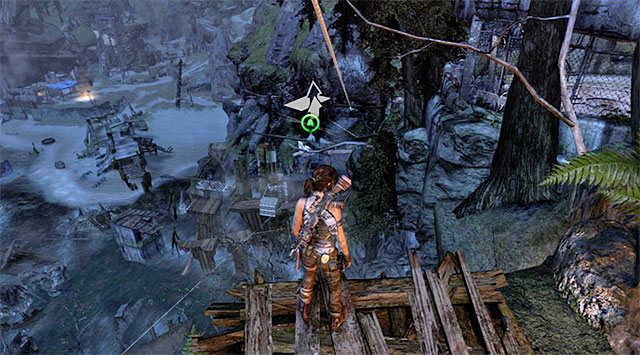 Stand on the small ramp pictured above and grab onto the rope. You don't have to do anything else, Lara will automatically grab onto and slide down subsequent ropes until she reaches the northern area of the beach. The only thing left to do is to approach the survivors' camp to trigger a cut-scene and receive new objectives (reward: 400 XP).