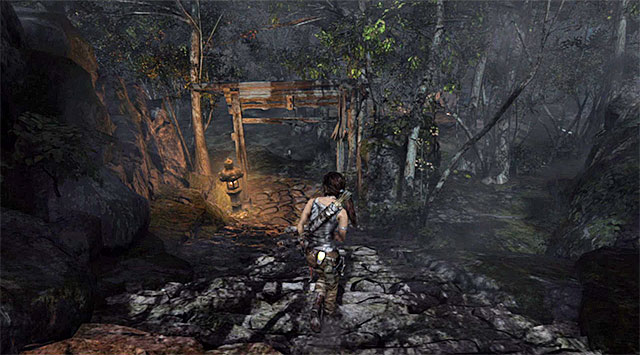 Rest in the Summit Marsh base camp to unlock the seventh of Lara's Journals. Afterwards, head north-east. The path will take you through marshes into a forest, but keep your eyes open as you go, there'll be some collectibles to find. Keep heading east, past a wreckage of a helicopter. 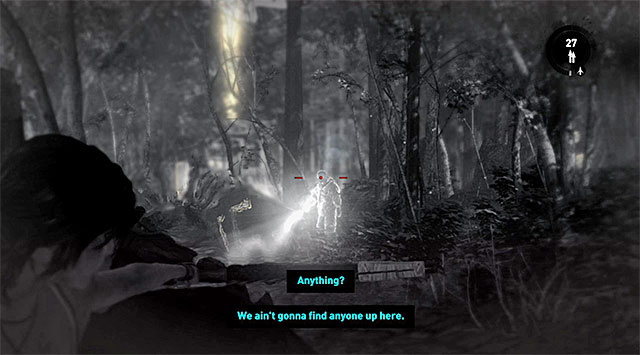 Be on your guard when you enter the main area of the forest because you'll stumble upon some enemies. Try to stay in hiding as you pass through; attack only those who aren't watched by anyone, using the bow or the stealth pistol. 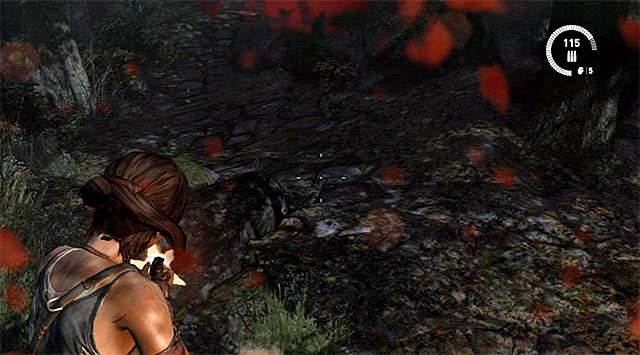 If you cause Lara's detection, expect to fight off not only the guards, but also at least one wolf under their "command". The best way to get the beast out of your way is by shooting the shotgun or the rifle to kill it at close distance. 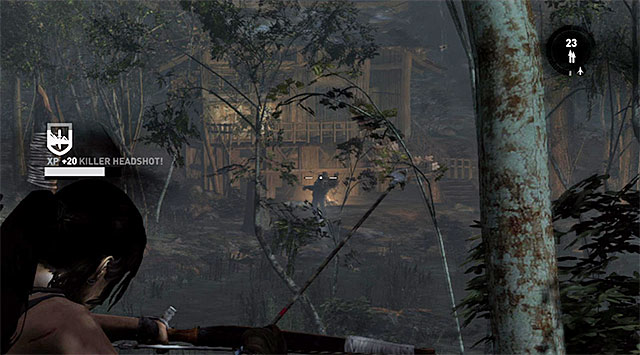 Keep going east. I don't recommend crossing the bridge to the eastern areas of the forest too quickly; better to the eliminate the enemies from away. What's good about this is that even you miss, the arrow won't alarm the rest of the guards (it can only happen when they discover a body or someone disappears in their line of vision). 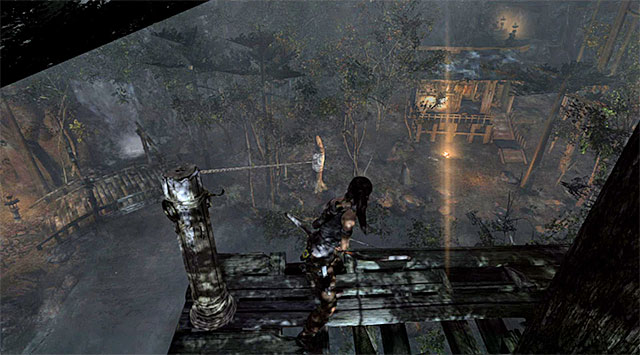 It you want to increase your chances of eliminating everyone in the forest without a sweat, locate a vantage point to the west, from which you can see the hunting lodge below (screenshot). It's not a mandatory factor, though. Make your way to the eastern part of the forest only after having cleared the area. 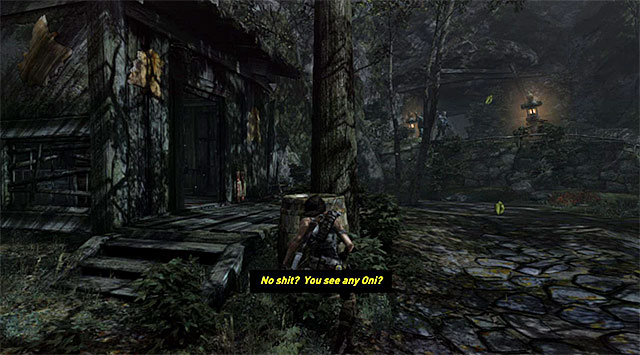 Once there, don't be in too much rush; apart from regular collectibles there's also an optional tomb to find. Keep going east until you reach the path pictured above. Expect some new guards to show up. 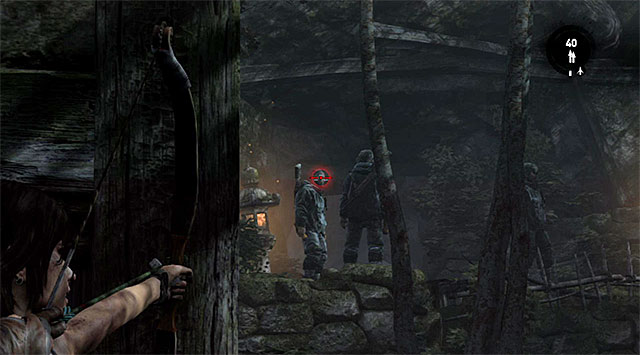 Sadly, you can't eliminate them without raising alarm, so try to at least ambush them. Be ready to get rid of another wolf, too. When it's over, proceed to the forest exit from where the enemies came.