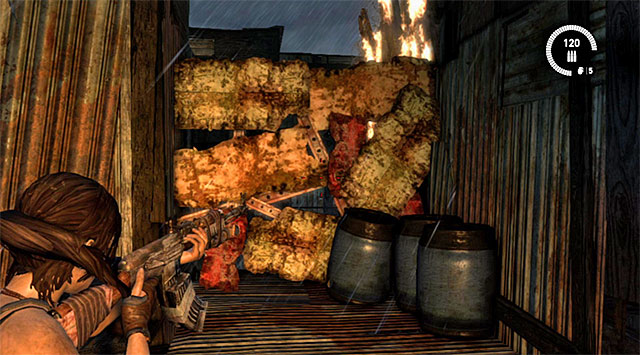 Turn right and slide down the zip-line. Replenish your supplies, then get blast your way through another barrier. Start going through the town, but be prepared for some more fighting. 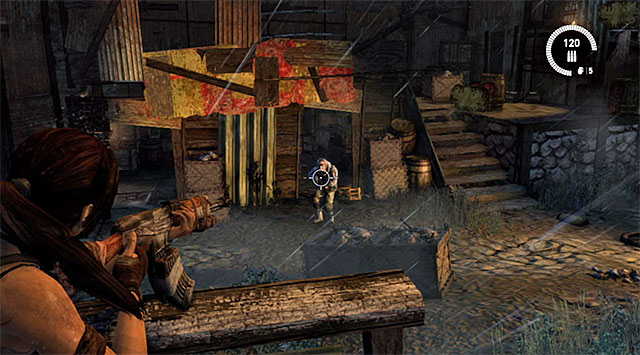 Drop down on the ledge below and assault the first group. Same as before, the first order of business would be to take down whoever may threaten you directly (by throwing dynamite sticks or Molotov cocktails at your feet). Once again: you don't have limit the use of the grenade launcher because you'll find ammo in boxes scattered all around the town. 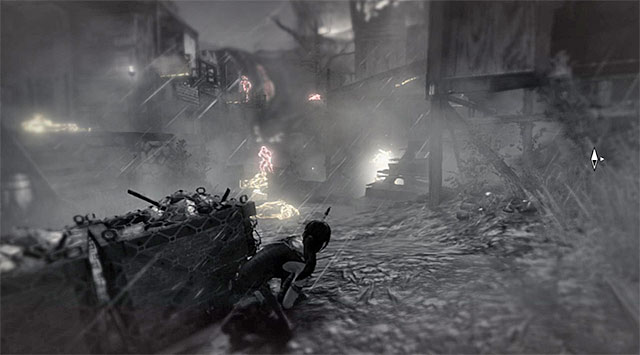 Move forward. Stop every time you spot new guards, hiding right away. Watch out for snipers on the upper galleries and look inside every hut, many hide precious supplies. 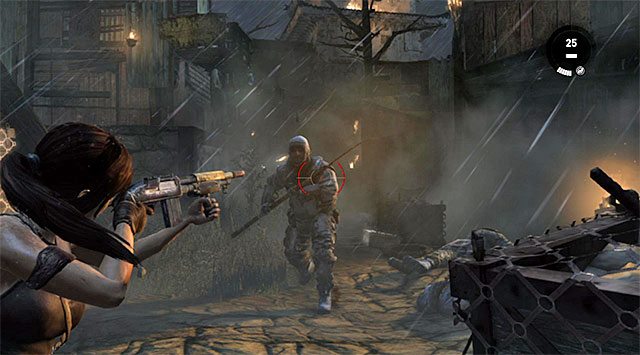 Watch your enemies closely, some of them might try to get close. If so, resort to the climbing axe or the shotgun. The shotgun also works well on the overgrown sword-wielder. When you approach the main site, the game will trigger a short cut-scene. 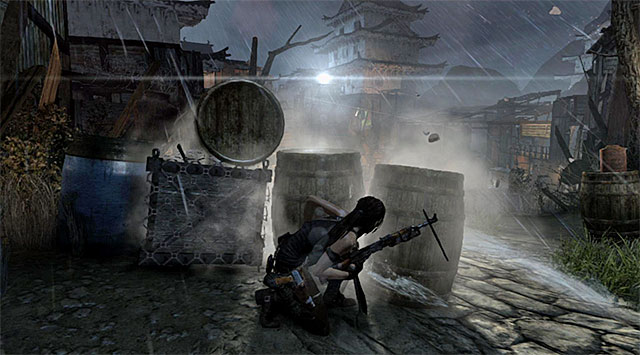 Now you'll have a replay of one of the previous scenes: avoiding fire from the machine gun. Your first step should be to hide behind barrels. Don't attempt to destroy the searchlight that helps the gunner, it's too far. 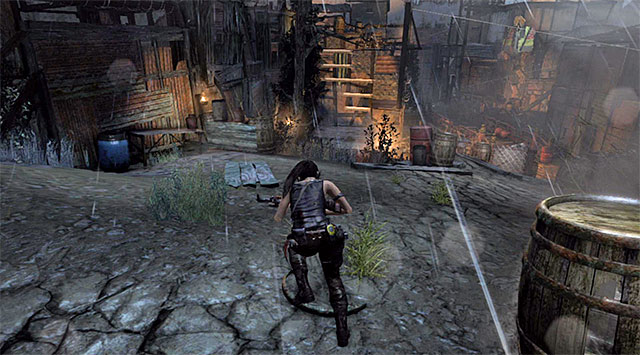 Start moving towards the machine gun, step by step, but obviously keep away from open ground. Move from cover to cover left and right of the main path, but only when the searchlight is focused on another spot so that you're not discovered instantly. 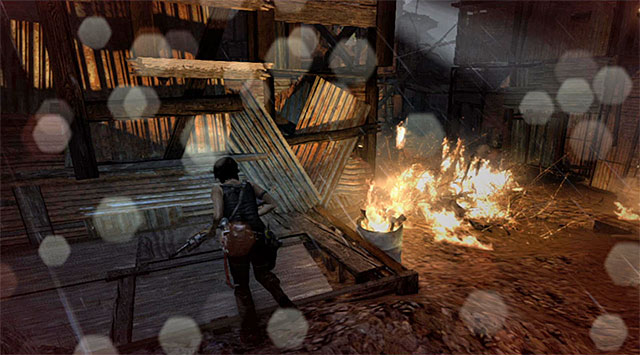 Apart from the machine gun, you should also watch out for the guards stationed on both sides. It would be better to get rid of them right away, but be careful not to take too much risk. Your current destination is the wooden structure to the left of the gunner. 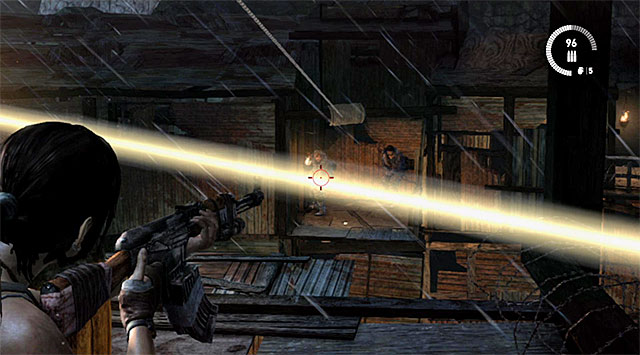 Start climbing, and don't worry about the machine gun. When you teach the top level, turn around and take down the guards ahead (screenshot). When it's clear, slide down the zip-line. 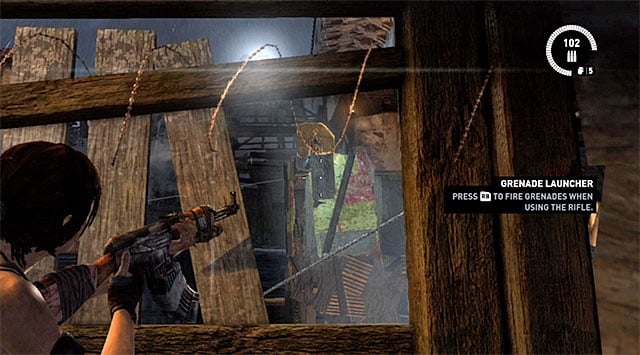 When you step into the next area, wait until the searchlight goes away and place yourself as seen on the above screenshot. A single shot from the grenade launcher should get rid of the machine gun operator (reward: 100 XP). You can now approach and slide down the zip-line (reward: 100 XP).