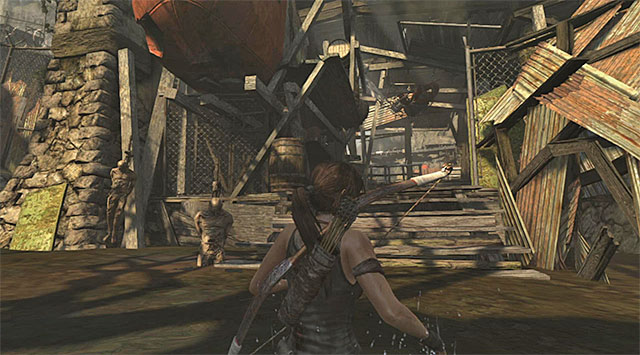 As you move forward, a cut-scene will trigger. Don't worry that the area is quite limited; access to the higher ledges will unlock further in the game. For the moment, focus on finding the corridor leading south. 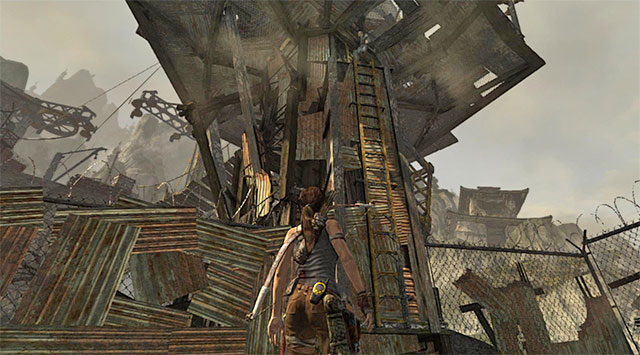 When you reach the next area, ignore the enemies visible in the distance; they'll be busy chasing after Grim, and soon killed by his hand. Approach the tower where Lara's ally has taken cover. Listen to the conversation; afterwards, when you attempt to use the ladder, another major shootout will commence. 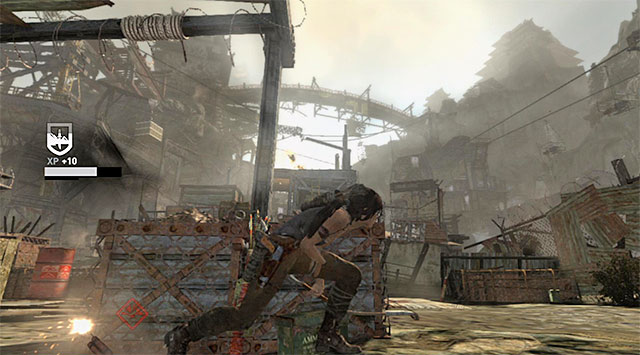 The first thing you need to know about this battle is that the enemies will be very eager to hurl dynamite sticks your way. When that happens, you need to act immediately and change your cover. Don't expect to be able to escape with some minor wounds, as you can with Molotov cocktails, because a dynamite explosion can kill Lara in an instant. 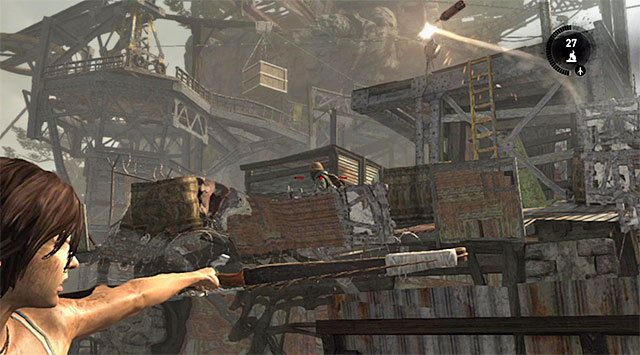 Another thing to take into consideration is that enemies will be wearing head covers. Be aware that a single shot (especially from a bow) may not be able to do the kill. As you fight, don't forget to replenish your supplies whenever you need to, and blow up the explosive barrels. 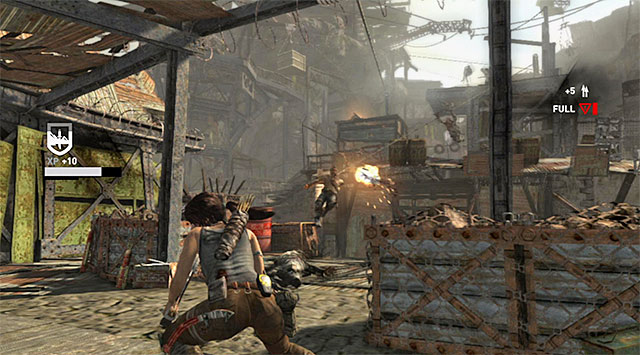 Once a cut-scene showing rope bridges created by enemies is triggered, you'll proceed to the second part of the battle. If possible, shoot the guards as they slide down; as long as they don't land, they're completely defenseless. 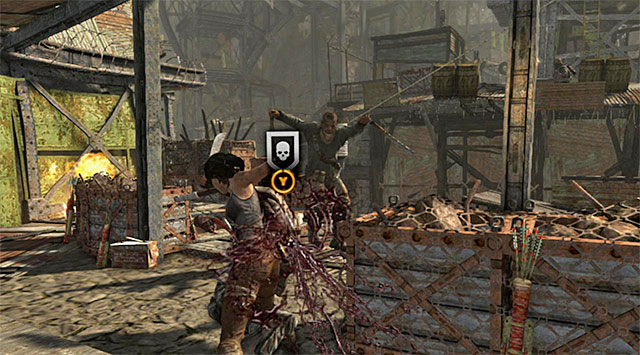 If an enemy managed to make it to the platform, take him down as soon as you can. You can use the climbing axe (melee combat), but a shotgun works well too. Keep fighting until they run off (reward: 400 XP).