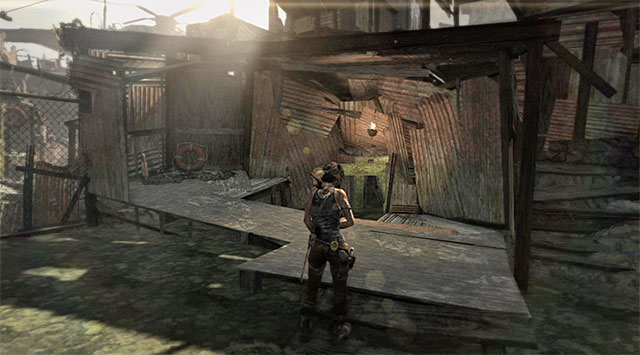 As I mentioned above, Lara isn't capable of climbing any higher platforms for now, so you'll need to keep to the ground by finding a passageway to the east. Go underneath the huts until you reach the exit. 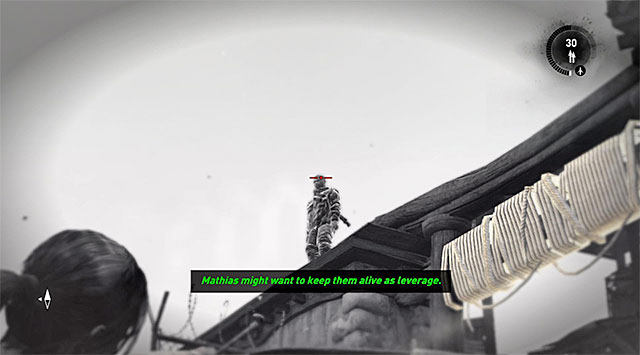 Take cover as soon as you leave the tunnel in order to hide from three guards. I suggest eliminating the one patrolling the upper wall first (screenshot), best with the bow or the silencer. 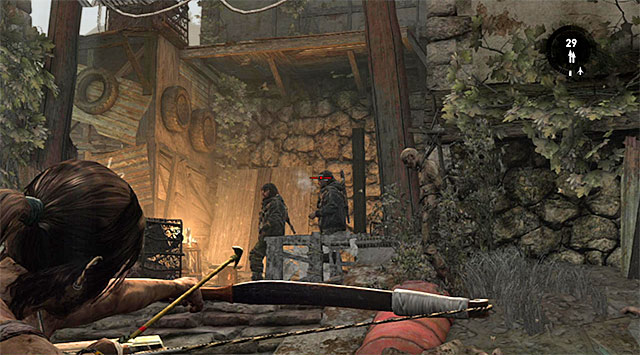 Move a little to the left and attack the remaining two, preferably by an ambush. If they notice you and open fire, shoot the explosive barrel to the right of the stairs. 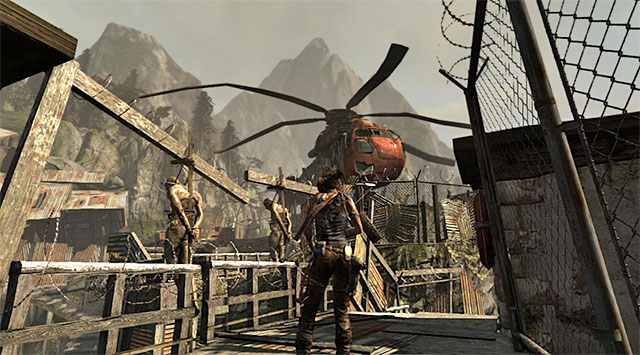 Head north-east, but when you reach the area where the enemies had just been, turn left, changing the direction to north-west. Take the narrow path leading towards the helicopter, over the wooden beam. 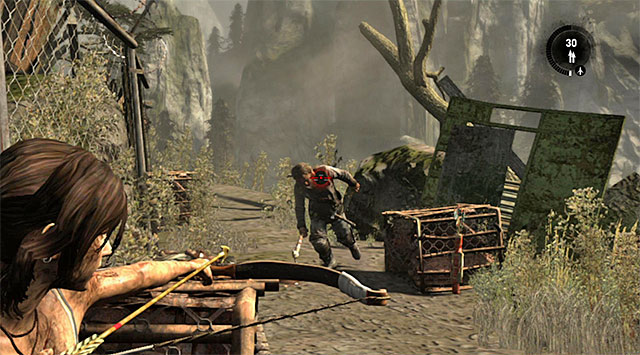 Unfortunately, you're going to have to prepare to fight off some new enemies. Hide behind the cover on the left and start attacking immediately. Considering Lara's wounds, it would be best to keep the guards at bay so as not to risk any melee encounters. Don't forget to change covers if a need arises. 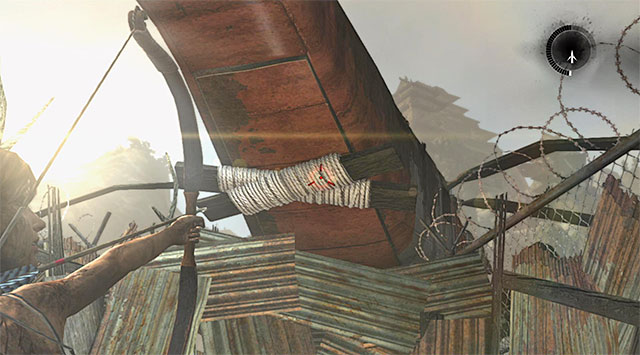 You'll run into one other enemy on your way to the helicopter, but this time, due to the lack of any covers, take him down using firearms. When you finally get to the back of the helicopter, select the bow and shoot a rope arrow at the indicated interactive spot. 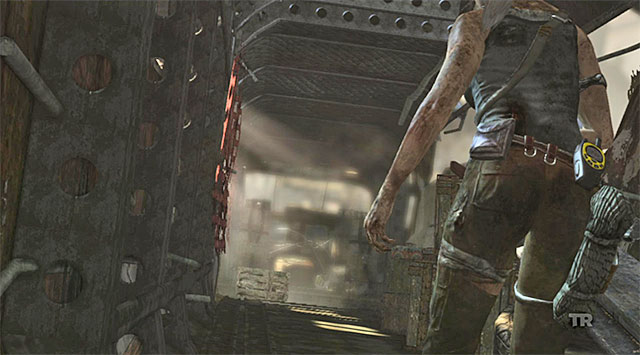 Board the deck in order to trigger a few cut-scenes. Notice that Lara has received a Lighter and Fire Arrows (reward: 400 XP).