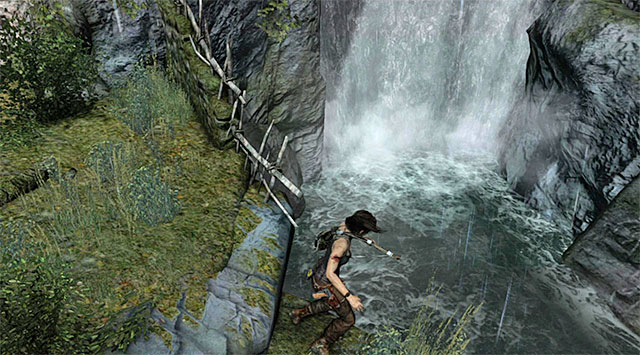 Note: North of the camp in which Lara has found the wounded Roth (Village Plateau). Jump into the river. 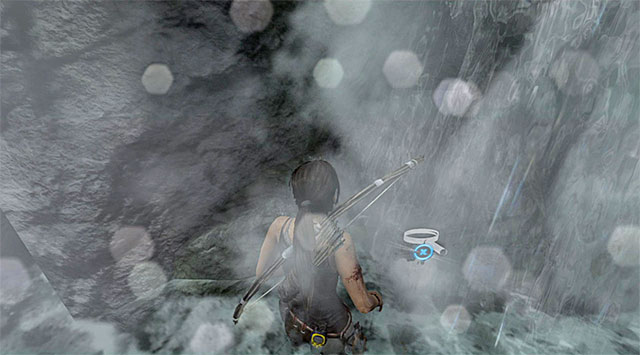 Make your way to the large waterfall and check out the area on the left (reward: 5 XP). 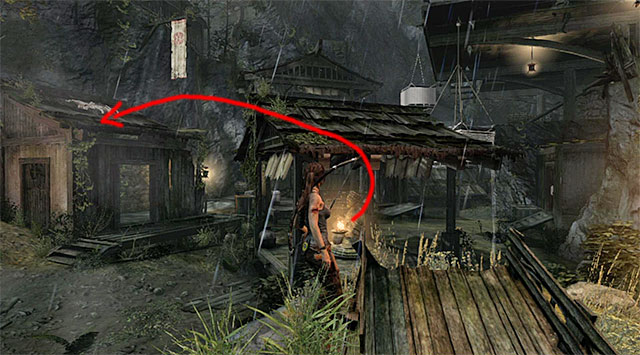 Note: North-west of the camp where Lara has found the wounded Roth (Village Plateau). Start on the small hill from which you can reach the alcove surrounding the statue (another collectible). 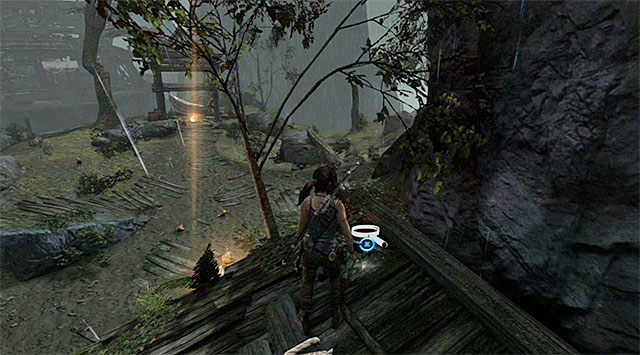 Turn left and jump to the roof. Examine if to find the Cache (reward: 5 XP). 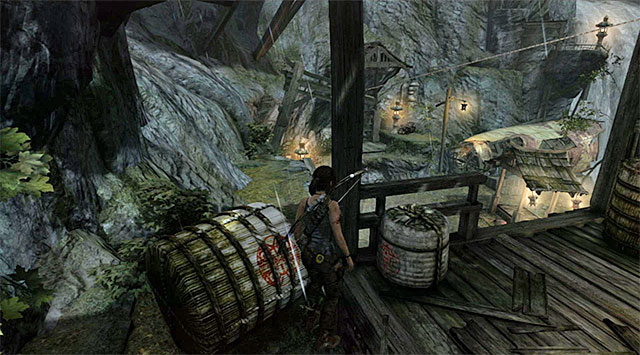 Note: On a narrow ledge located west of the main village building. Get there from the side of the building. 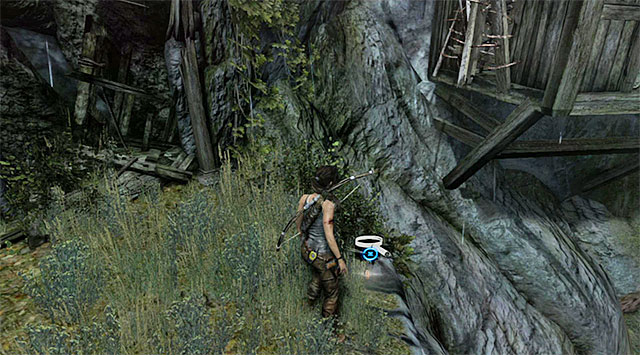 Head north and stop at the edge. The Cache is under your feet. (reward: 5 XP). 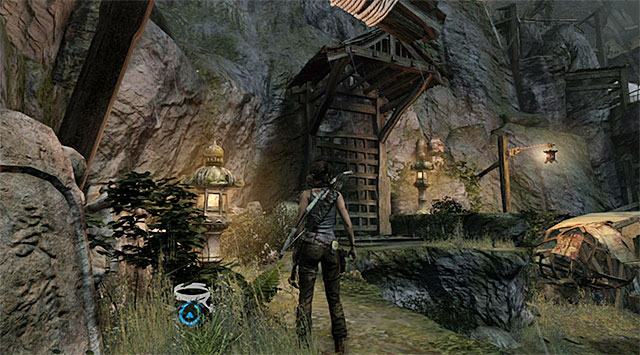 Note: In the grass north of the main building in the village, along the path leading to the left side of the plane wreckage (reward: 5 XP). 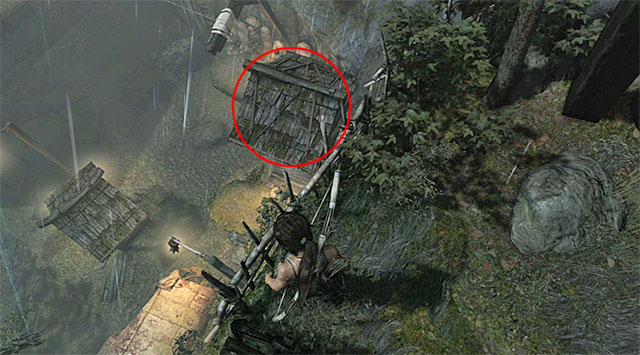 Note: On the roof of the hut north of the main building in the village. The roof is rather hard to reach, it's best to start from the top of the cliff near the entrance to the wolves' cave. Jump and land of the roof (Lara won't die from the fall). 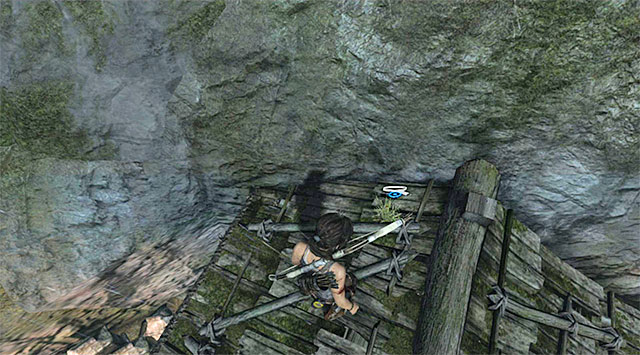 Examine it to find the Cache (reward: 5 XP). 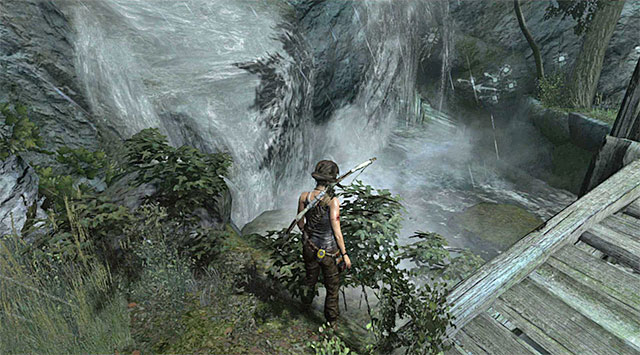 Note: East of the wolves' cave. Get to the bridge that leads further east, jump into the river and wade through towards the northern waterfall. 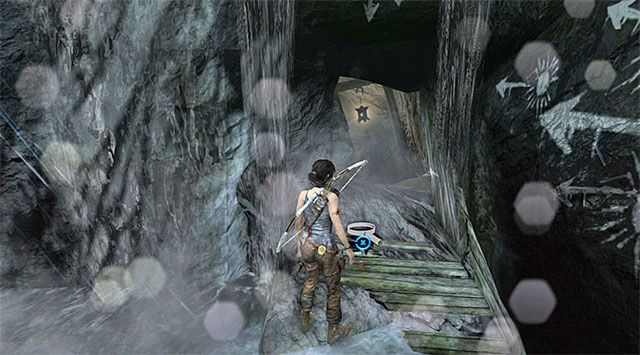 Search the area near the entrance to the Tomb of the Unworthy. The Cache lies on the ground (reward: 5 XP). 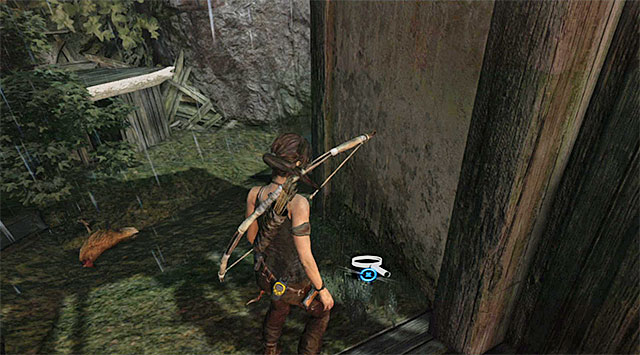 Note: In the area with waterfalls and guards, inside the hut on the left that has been guarded by two enemies. You'll find the Cache on the ground (reward: 5 XP).