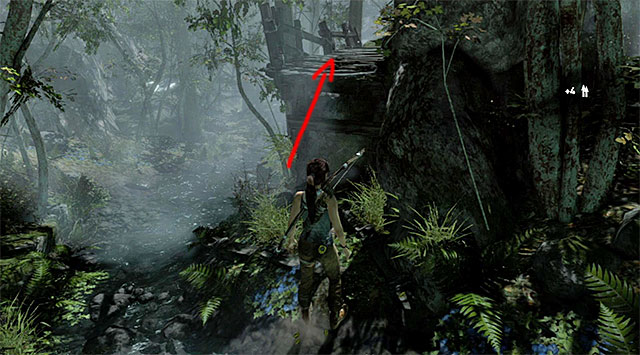 Note: The cache is on a seemingly inaccessible ledge which connects the forest base camp (Sheltered Ridge) with the bunker. Start north of it, exactly where you found the makeshift bow. Stand by the stream and locate a narrow ledge which you can climb onto. 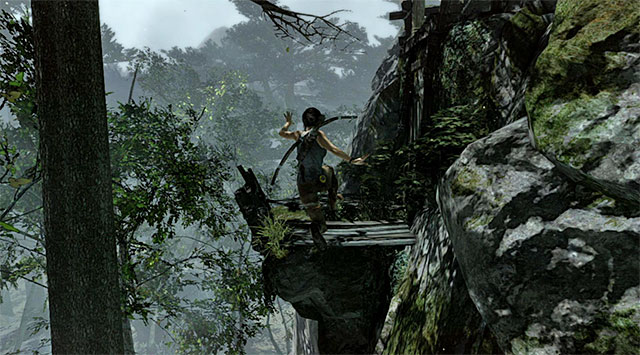 Go along the ledges, jumping when needed. After landing on the last platform, turn right and scramble up the highest ledge. 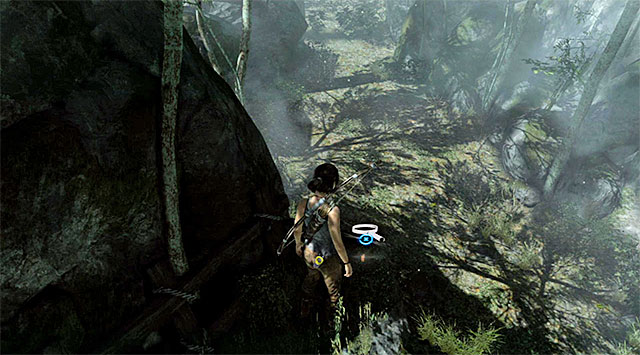 Take a few steps forward. You'll find the Cache on the ground, right by the edge (reward: 5 XP). 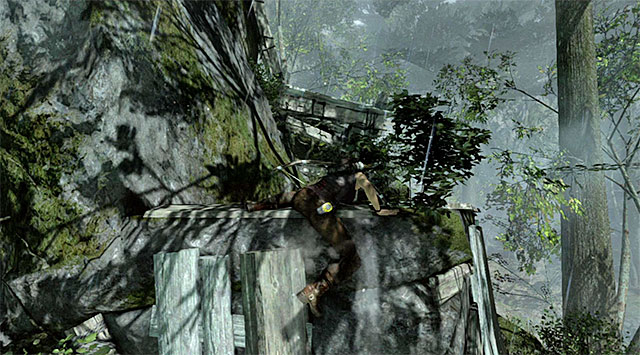 Note: The secret is hidden on the higher rocks in the southern part of the forest. You can scramble up them from the north or the south. 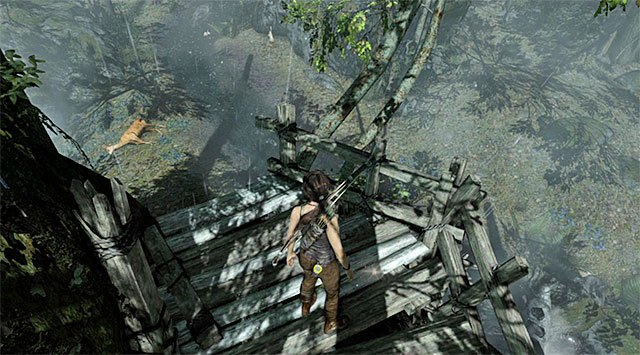 When you get to the top one, look around; you'll see the Cache near the railing (reward: 5 XP). 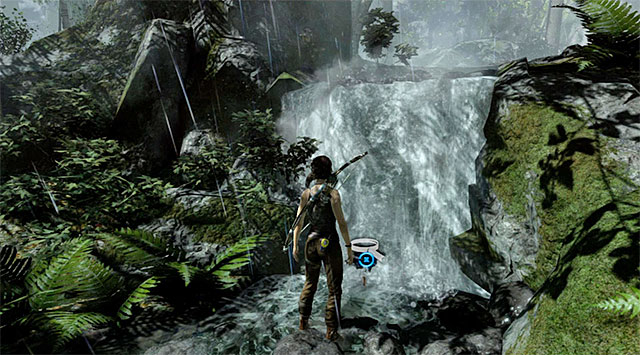 Note: At the foot of the small waterfall in the southern part of the forest (reward: 5 XP). 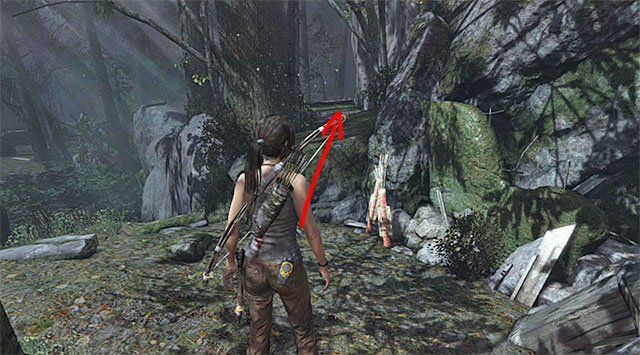 Note: In the northern part of the forest, near the Forest Ruins base camp. Start right there (where Lara met Sam and Mathias), go east and jump onto the ledge on the right. 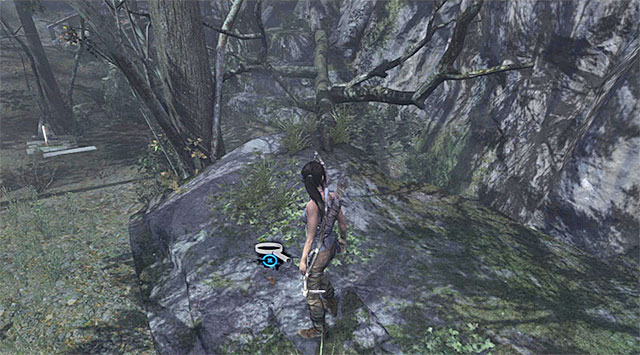 Keep moving east, jumping when needed. The new Cache lies on one of the rocks (reward: 5 XP). 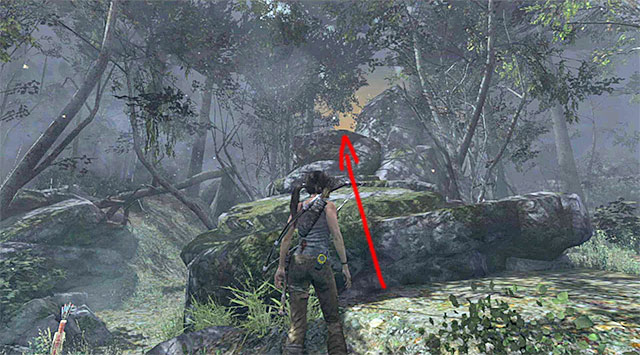 Note: In the northern part of the forest. After crossing the bridge over the river, go north-west and find a rock formation. 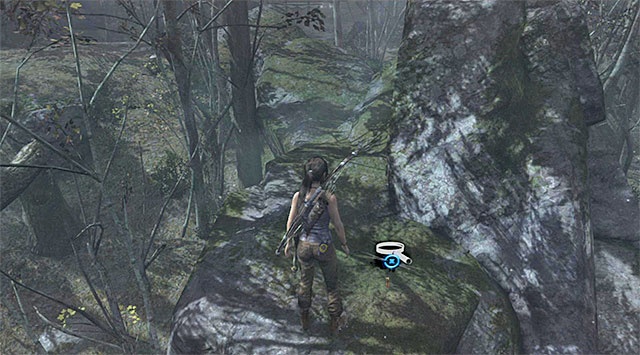 Make your way up towards the rocks on the top. The Cache is right there (reward: 5 XP).