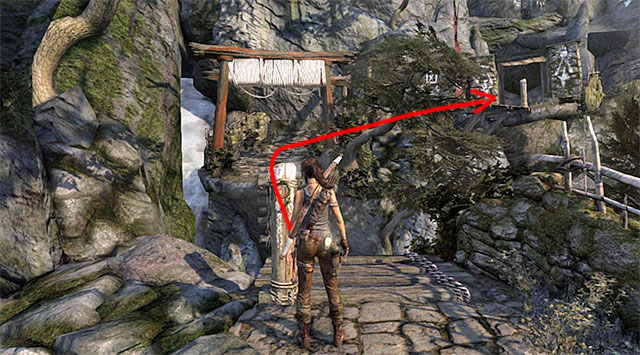 Note: You'll be able to explore this tomb only after getting back from the radio tower. The entrance is located in the north-eastern part of the Mountain Village, which you first enter on your way to the blue smoke signal. Once you're there, don't drop down, but shoot a rope arrow to make a rope bridge. 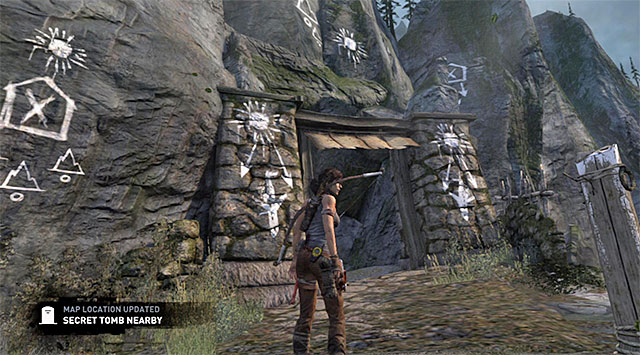 Use it, then go down the path leading north-east. Luckily, the entrance isn't concealed in any way. 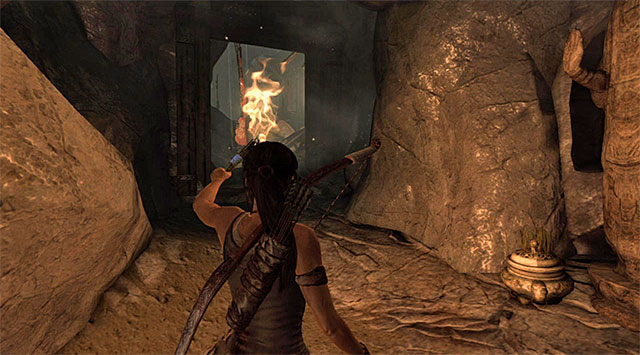 Follow the linear corridors, using the torch or Survival Instincts to find your way. After a while you should reach a small camp where you can rest. Afterwards, head for the large structure in the distance. 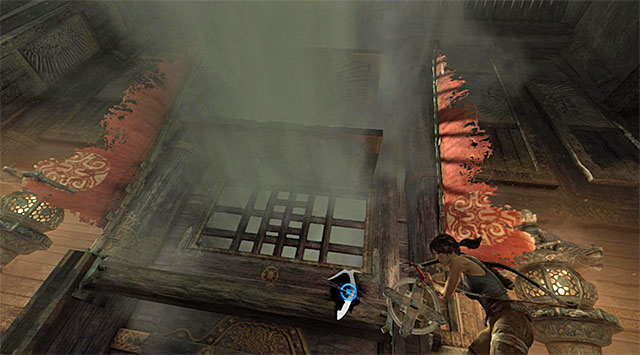 The puzzle in the main hall is a bit more difficult that the previous one. First, interact with the mechanism to the left of the entrance to lower all shutters and limit the flow of wind. 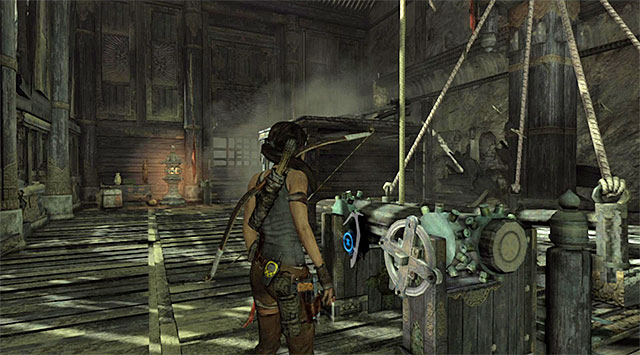 Now, approach the mechanism in front of the entrance. NOTE: turn in only after one of the closed shutters breaks open (the two remaining ones should stay closed for a while longer). 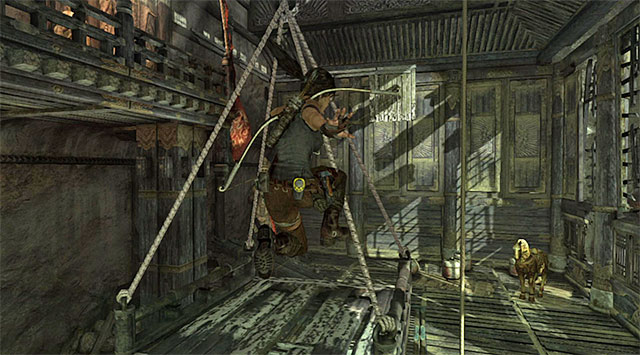 As soon as you regain control over Lara, scramble up the platform on the left, then leap over to the moving platform. 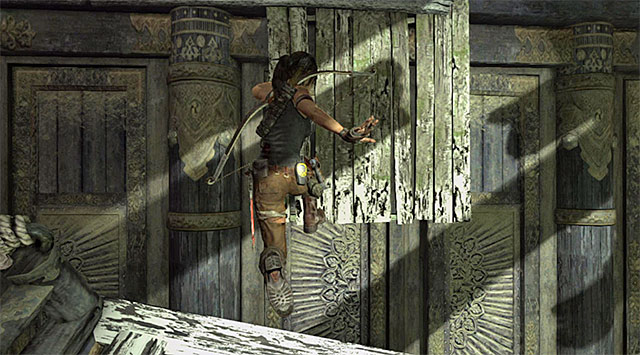 Wait for the two remaining shutters to open; when that happens, a gust of wind should move you, together with the platform, to the wall on the right to the entrance. When it does, immediately leap over to the interactive wall fragment. Note - if the platform hasn't moved, it means that you've activated the second mechanism too soon (remember: do it only after one the shutters breaks open). 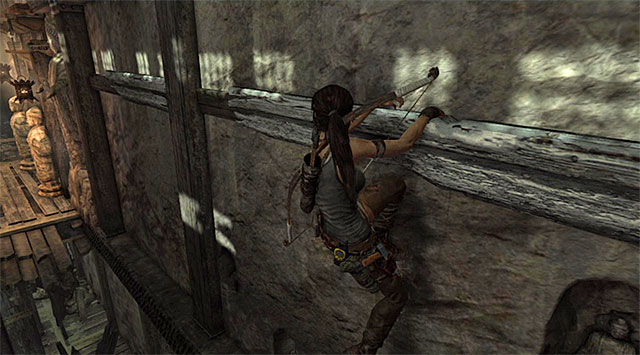 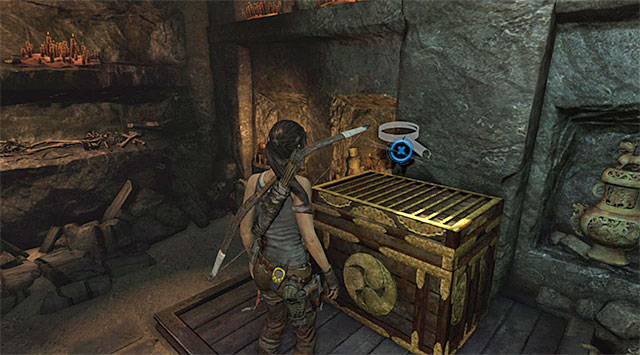 Go further east; after a while you'll stumble across a large treasure crate. It contains 250 Salvage points, a Pistol Part and a map of GPS Caches (reward: 1250 XP). Backtrack to the exit.