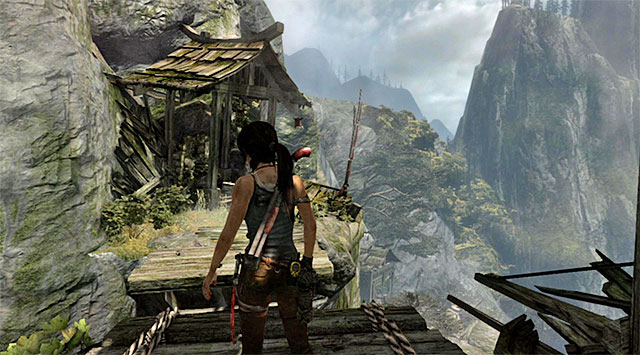 As you may have noticed, you're close the main area of the Mountain Village, so this is a good time to collect any overlooked items and explore any optional tombs. When you're ready, make your way towards the eastern pathway where Lara stopped at the end of the last cut-scene. 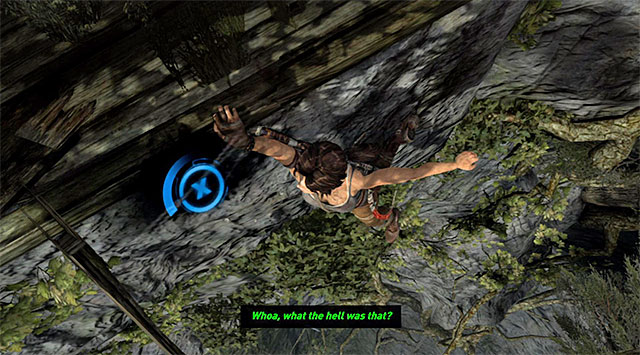 Leap over a small gap and slide down. Get ready to press the action button (screenshot) to prevent Lara from falling.

Don't climb yet; wait until one of the guards checks out the hut Lara fell into. Make your move when he does. I suggest shooting at the oil lamp to cause a fire. The commotion will make it easier to clear the area. 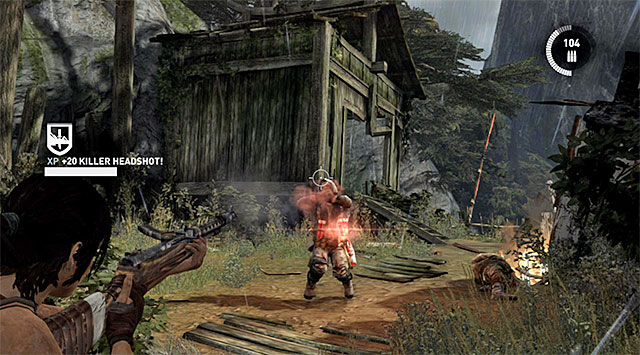 You now have two choices. The first includes waiting for a new wave of enemies and ambushing them. 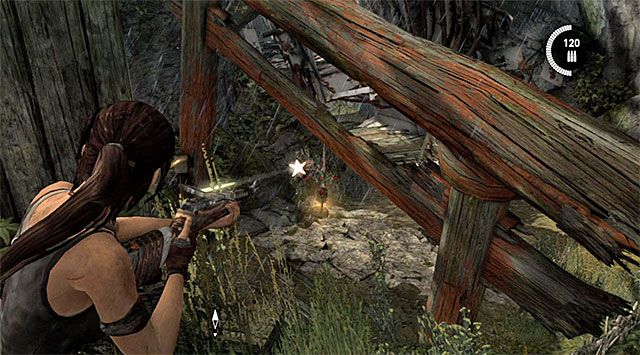 The second involves taking initiative and attacking from above. Take the path on the right and you'll reach a perfect vantage point for eliminating the guards below. 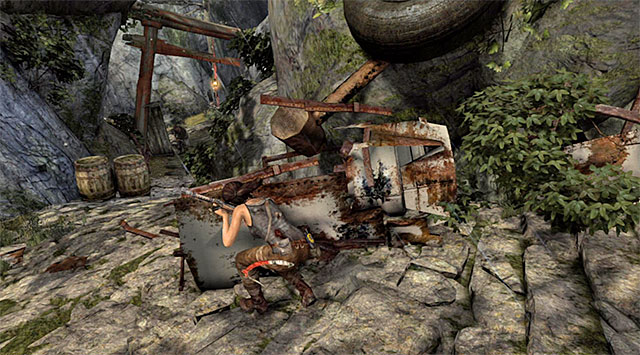 Regardless of the choice, take the left path once the area is clear. If there are some enemies left, don't forget to use covers as you go. 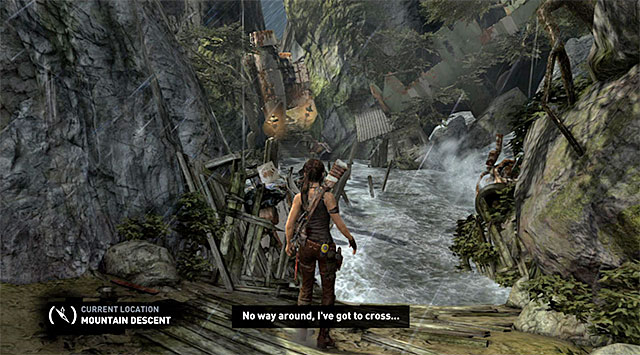 Move over the wreckage of the plane; there shouldn't be any enemies around anymore. The way forwards leads across the river in Mountain Descent. 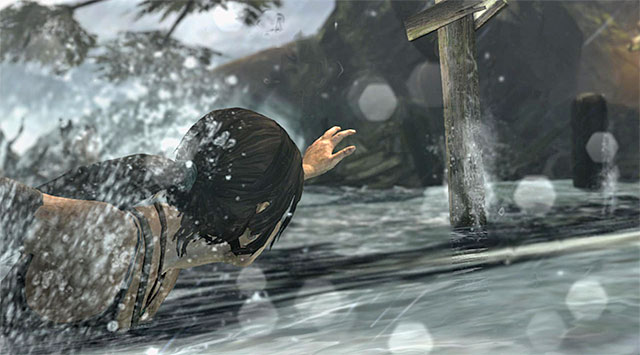 As you go across the river, you'll only need to wiggle the analog stick when needed (or press directional keys). Unfortunately, no matter how hard you try, the current will eventually carry Lara away. 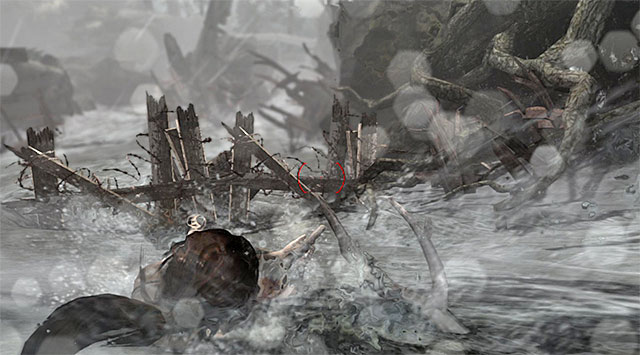 You won't just sit and watch, though; your job is to wiggle the analog stick left or right (or press directional keys) to avoid obstacles, especially since falling on them would mean certain death. You'll also need to use the shotgun to blast through barricades. 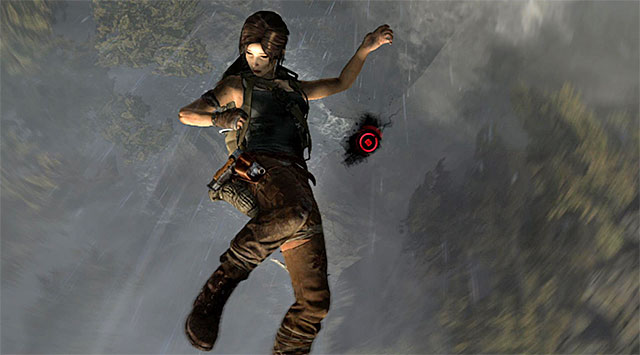 After Lara puts on the parachute, press the action button, and a while later the dodge button (screenshot). 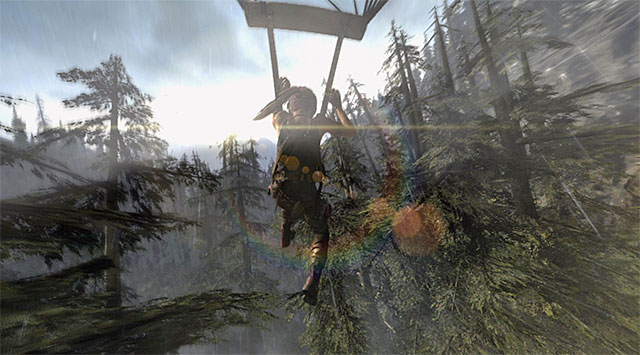 The final sequence of the stage is much simpler. Wiggle the analog stick again (or press directional keys) to avoid contact with trees. Notice the lag time the parachute needs to react to your commands, so don't wait until the last second (reward: 100 XP).