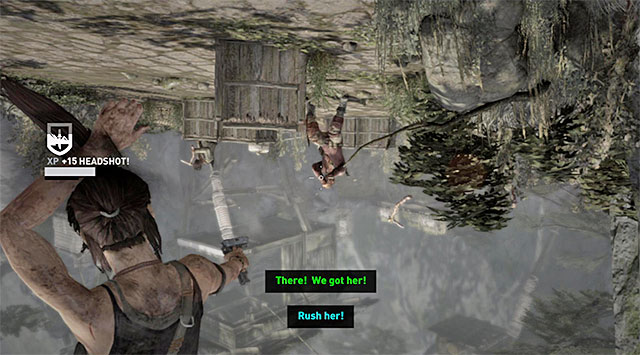 Listen to a new conversation with Roth (reward: 100 XP), then head east. The trek will be interrupted the moment you reach an enemy camp, where you'll fall into a trap. Aim at the heads to dispose of the guards in an instant and keep them at bay. 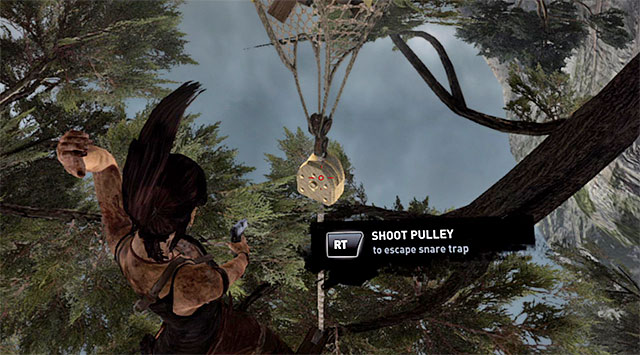 When all of them are down, shoot the pulley to set Lara free. 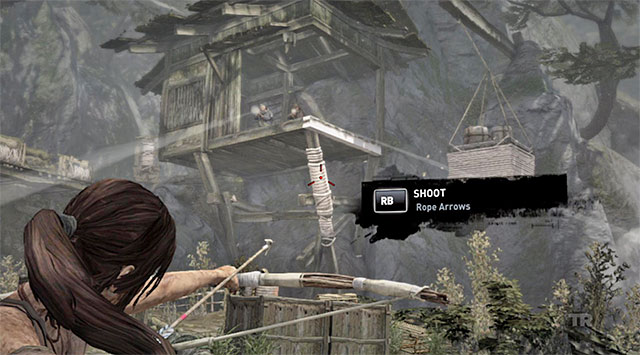 Setting free will allow Lara to acquire Rope, which you'll be able to combine with the bow and arrows. The game will let you test it right away. Aim at the interactive support pictured on the screen by pressing the button corresponding to alternate attack; you'll witness an effective way of disposing of several enemies at once (reward: 280 XP). 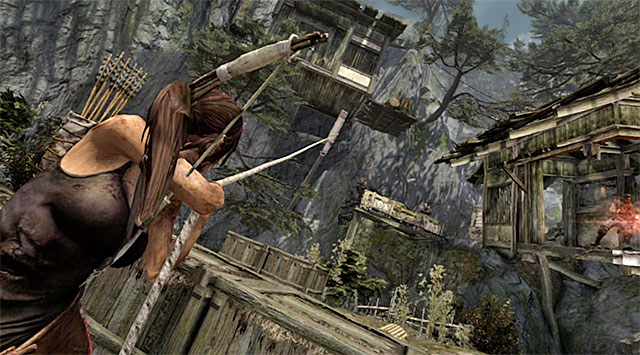 The shootout won't end with them gone, though; there are other enemies in the area. You can use the bow and the rope again to get rid of them (screenshot), but it's not a requirement any more. Personally, I recommend ending the fight as quickly as possible using the submachine gun. Don't forget to change covers; otherwise, you may receive some serious damage from Molotov cocktail explosions. 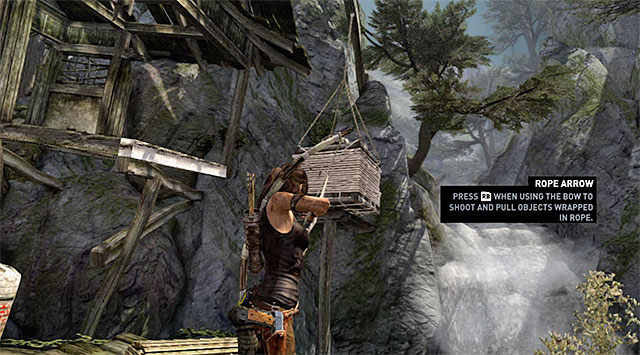 In order to unlock a way into the next location, shoot a rope arrow at the crate hanging from a hoist. Lara will pull the crate towards her, making it possible for her to leap up to it. Jump again to get to a safe ledge and turn north-east. 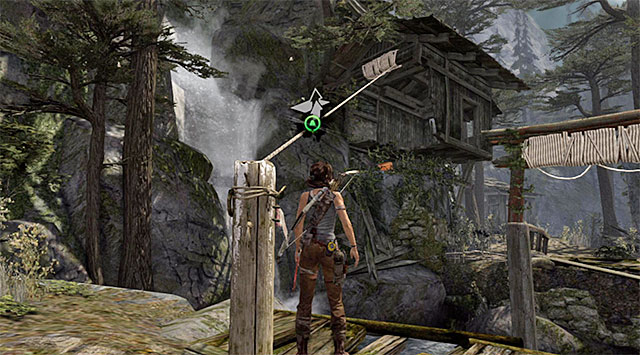 In the next location, the game will trigger a tutorial that will show you how to use the rope to make rope bridges. Follow the instructions and shoot a rope arrow towards the main structure of the bridge, or the hut on the left (screenshot), which would let you find a collectible. Regardless of the target, grab onto the rope and use it to get across the river. 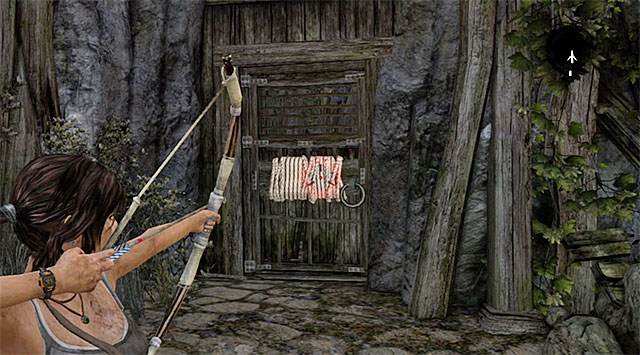 Head east, using a rope arrow to pull out the door. Nothing special awaits you on the way. Instead, the path will you back to the Mountain Village, where you'll meet up with Roth again (you'll find him standing on the hill as soon as soon as you leave the cave) (reward: 400 XP).