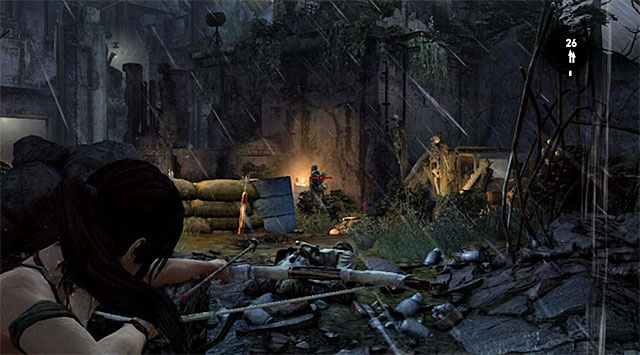 Get ready to shoot an arrow into the head of the guard on his way towards the tunnel. The single guard to your right should be next in line (screenshot). 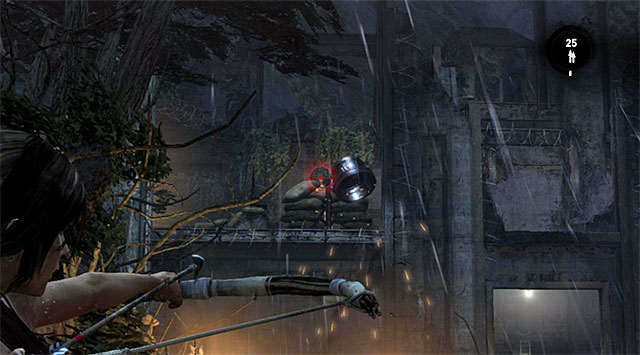 Don't walk into the main site of the camp yet. Shoot the guard standing by the searchlight you've shut down earlier, on the building further away (screenshot). Finally, take care of the single guard standing on the left. You can stealth kill this one. 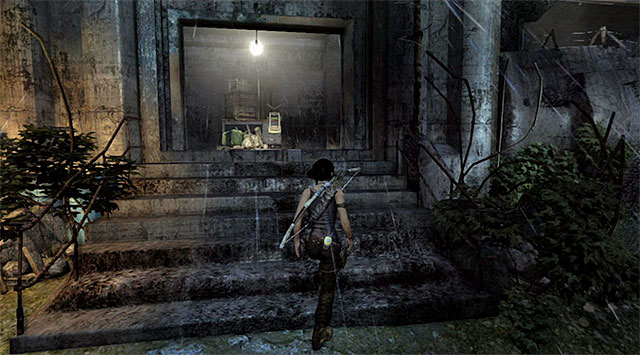 Despite killing all the guards in the vicinity, try not to make too much noise because there are other enemies close by. Search the main site, making sure to strip the bodies of all they had. When you're done, make your way towards the entrance to the northern building, the one with the now destroyed searchlight. 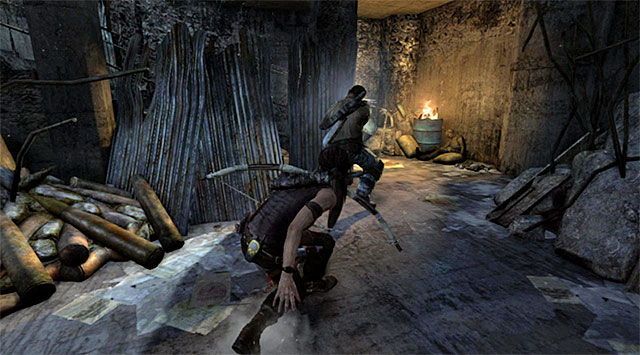 Watch out, there might be a single guard on the ground floor. He should have his back towards you, so you could easily stealth kill him. Afterwards, take the stairs and go up. 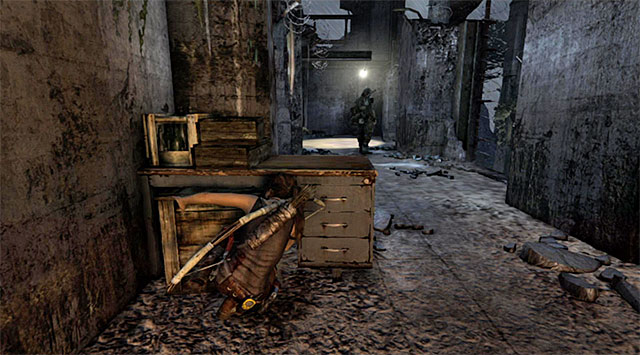 Go straight ahead, then turn left and hide behind a cover. Your next target is the single guard pictured above. Make sure he's not being watched by anyone (can't glow in red in Survival Instincts mode) and kill him with a single shot. 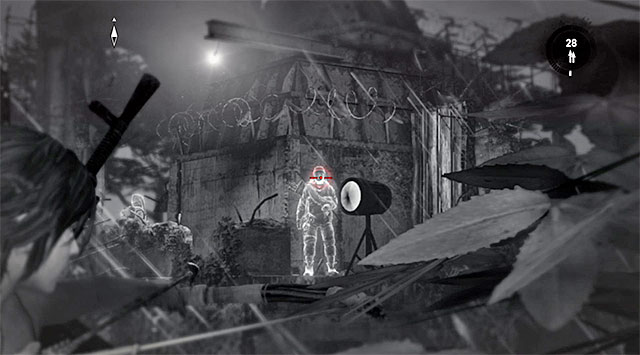 There are only two guards to eliminate, guarding the building on the right (south-eastern). In this case I recommend waiting until they separate and shoot them one by one (keep using the bow). 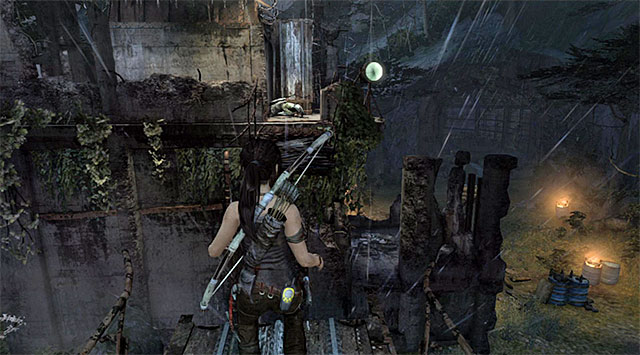 Take some time to search the area, then work your way to the damaged bridge pictured above. Leap across to the gallery of the southern building. 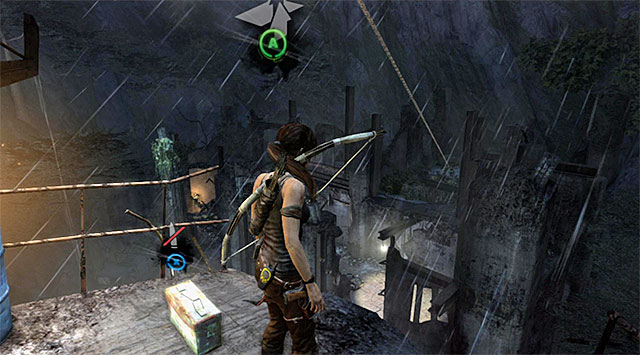 Move forward and bounce off the wall in order to reach the higher walkways. Take the only path that will take you to the top floor of the building. Grab the zip-line and slide down into the bunker (reward: 100 XP).