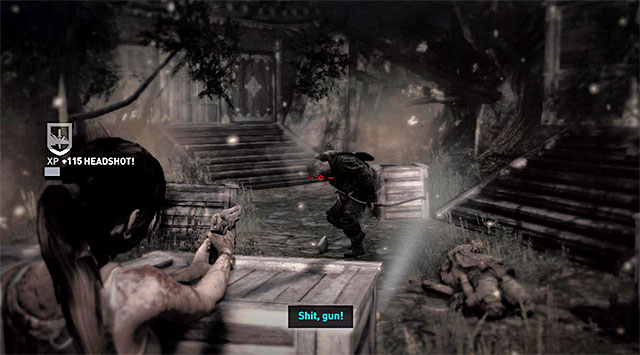 According to the game's tip, the best way to eliminate the guards is to use the recently acquired pistol. Don't leave your cover, but lean out just when you need to shoot. If you can, try to aim for the heads (screenshot); that will get take them down in an instant, and for each enemy killed you'll get 15 XP (reward: 100 XP). 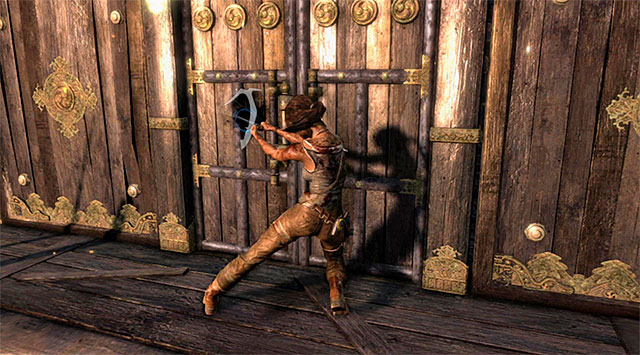 When the fighting is over, search the bodies for supplies and move forward once you're ready. Approach the closed entrance to another building and use the pry axe to open it by rapidly tapping the action button. 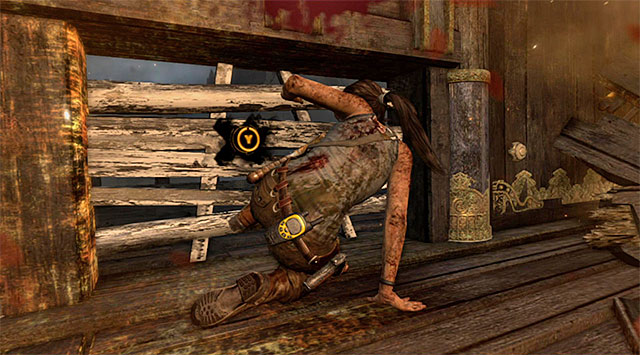 Your enemies will set the building on fire, but once you're in, tap the indicated button a couple of times (screenshot). Be quick about it, otherwise Lara will burn in the flames. 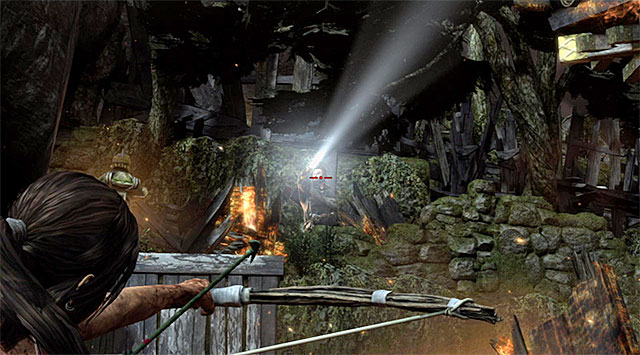 You're free to move forward, jumping when needed. When you approach the hill, have Lara switch weapons back to the makeshift bow; you'll get a handy tutorial on how to use it. Stand behind a cover, go into aiming mode and take one shot to eliminate the enemy in front of you (screenshot). If you get spotted, you won't instantly die this time, but it's better not to alarm the guard of your presence. 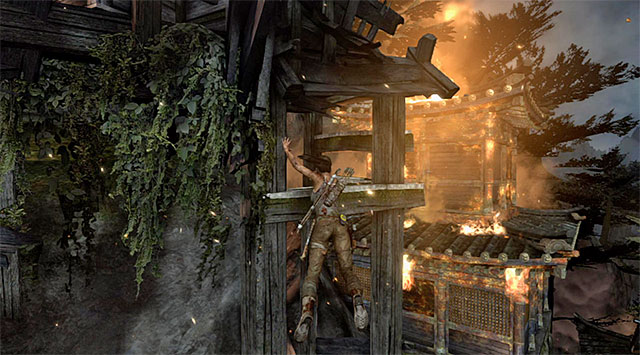 Approach the wall and scramble up to get to the upper ledge. When you reach the end of the wooden balcony, jump to have Lara grab onto the fragments of the structure on the left. 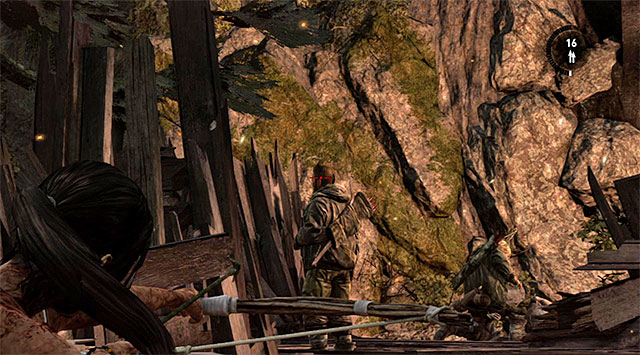 Move left as far as you can, then up to the ledge on top. Take cover and use either the bow or the pistol to take care of some new enemies. Apart from the two guards you see at first, there will also be a third who'll get here by climbing down the ladder (reward: 100 XP).