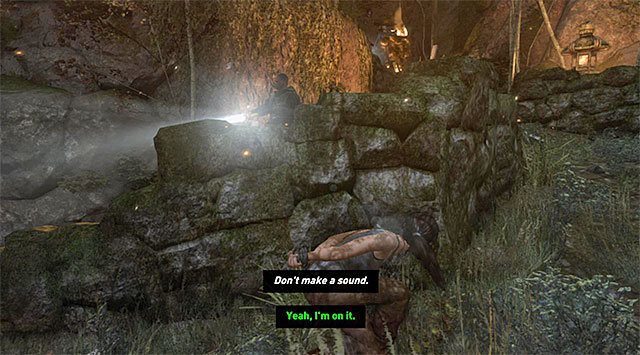 Start acting as soon as you regain control over Lara. Given that she's temporarily defenseless, you can't be seen by any of the thugs because they'll kill her on the spot. Hide behind the closest wall and wait until the first guard passes by. Keep in mind that you don't need to push any buttons; Lara will automatically hide behind any suitable cover. 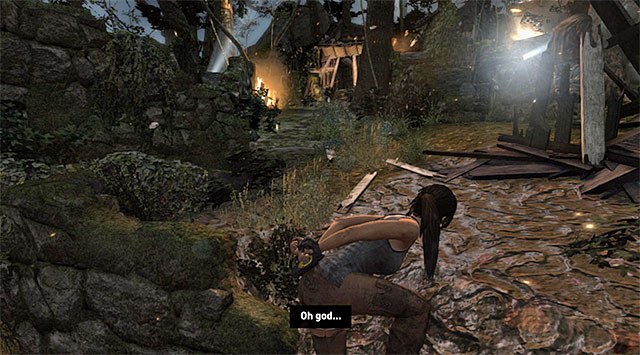 Make your way towards the path north. Wait for the guard to turn around and continue onwards. Carefully, go past some further guards and enter the partially destroyed hut. 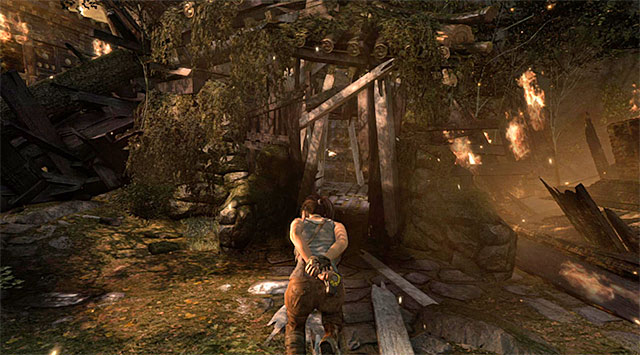 Stop there and wait until enemies move away. Continue until you reach the stairs. Go up and turn right, towards another destroyed hut, squeezing through a narrow passage, until you trigger another cut-scene. 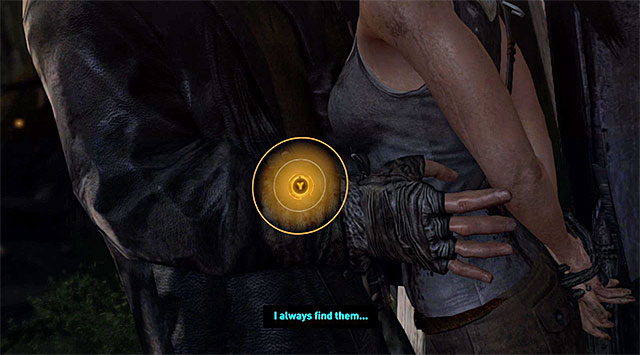 Get ready for a series of mini-games illustrating Lara's attempts to escape from the thug who found her. For starters, press the action button when indicated (screenshot). 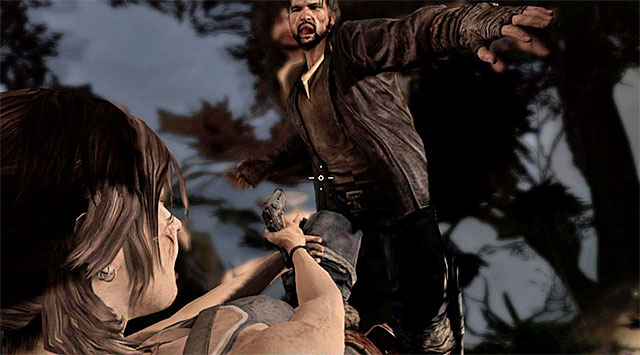 When she gets hold of a gun, shoot at the assailant (screenshot). 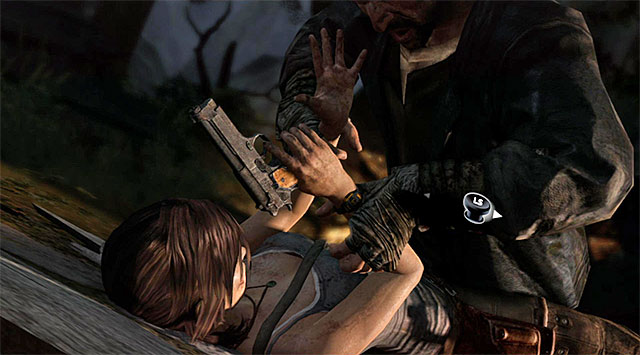 Next, wiggle the analog stick left and right (or press the directional buttons). The final part involves first rapidly tapping, then pressing the button indicated on the screenshot. The reward for completing all mini-games is a Semi-auto Pistol; you'll also get your gear back (reward: 25 XP). 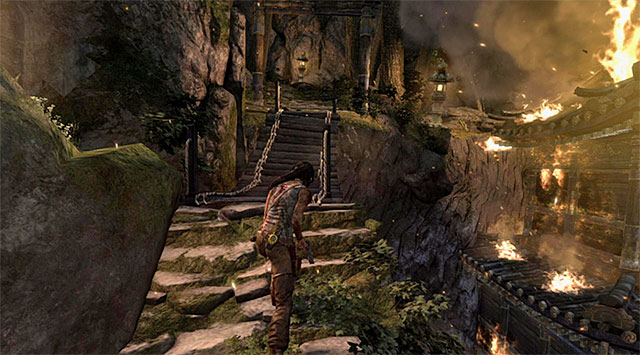 Don't attempt to go back to the previous areas because Lara can still get instantly killed upon detection. Instead, take the only available path, which leads to the east. You don't have to look behind your shoulder or sneak around, you won't run into anyone for the moment. Keep moving forward until the game triggers a short cut-scene in which you'll encounter a new group of guards.