Note! Depending on preferences, you can proceed to the task right away or take some time to explore the forest. The latter will be worth your while considering that the forest hides the first collectibles in the game, and you won't run into any enemies while looking for them. Further information as to their exact locations can be found in a separate section of the guide. Keep in mind, though, that you won't be able to find all collectibles then and there. Some are connected to specific pieces of Gear, and besides the access to the northern part of the Coastal Forest will be opened only further in the game. 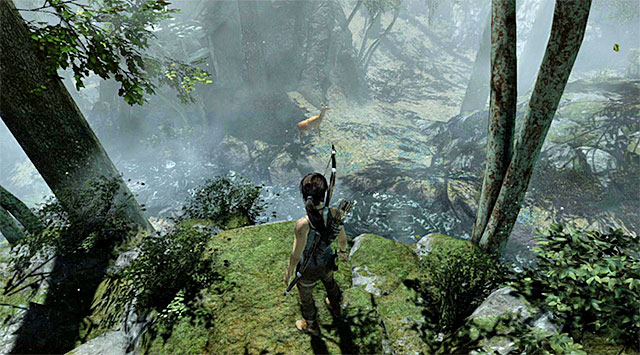 Head south-east, towards the main area of the forest (you don't need to follow the map to the letter). Don't be surprised to find out that the deer will run away as soon as they see Lara, so try moving slowly and carefully. The most effective way to attack is from above, so make your move only after you've found a good spot. 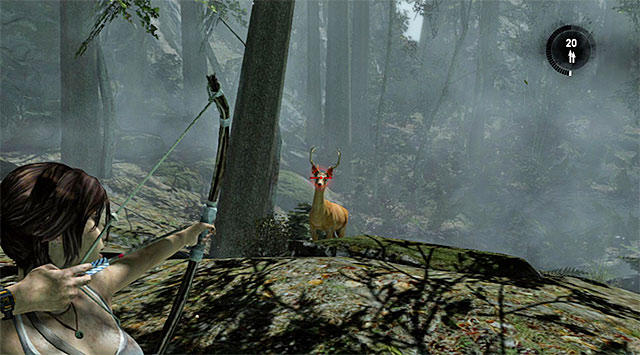 Following the game's instruction, get into aiming mode (preferably with zoom), stretch the bowstring, and only then make the shot. It's highly recommended to aim at the head (screenshot) so that a single arrow could do the kill. Otherwise, the deer may survive and escape (you could either chase after it or repeat the whole process with another animal). 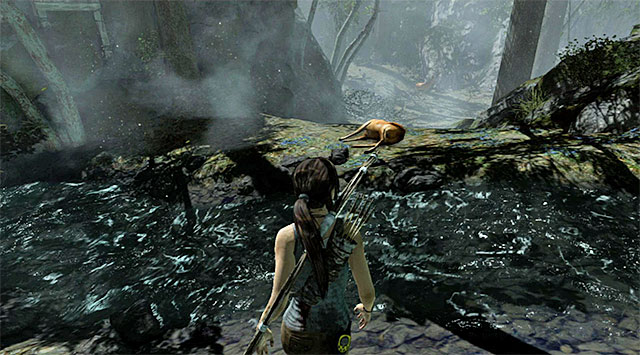 When you approach the kill, there will be a short cut-scene showing the process of collecting meat (reward: 150 XP). 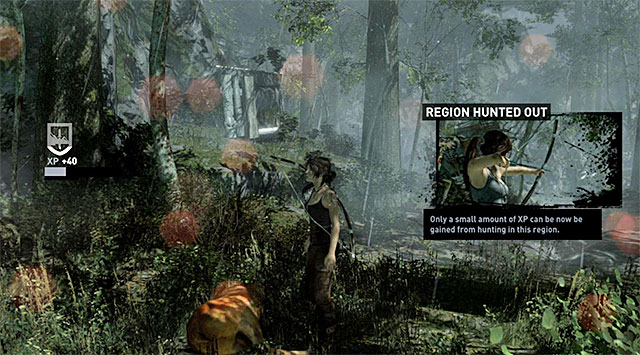 Note! In theory, you should head back to base camp, but if you want to gain more XP, stay a while longer to do some more hunting. Each kill and collected meat (action button) will give you 50 XP. You can also hunt rabbits and crows, and there are some interactive plants to collect. I recommend doing all of the above until the game tells you that the region has been hunted out (screenshot); from then on, each kill and other actions will be rewarded with a symbolic 1 XP.